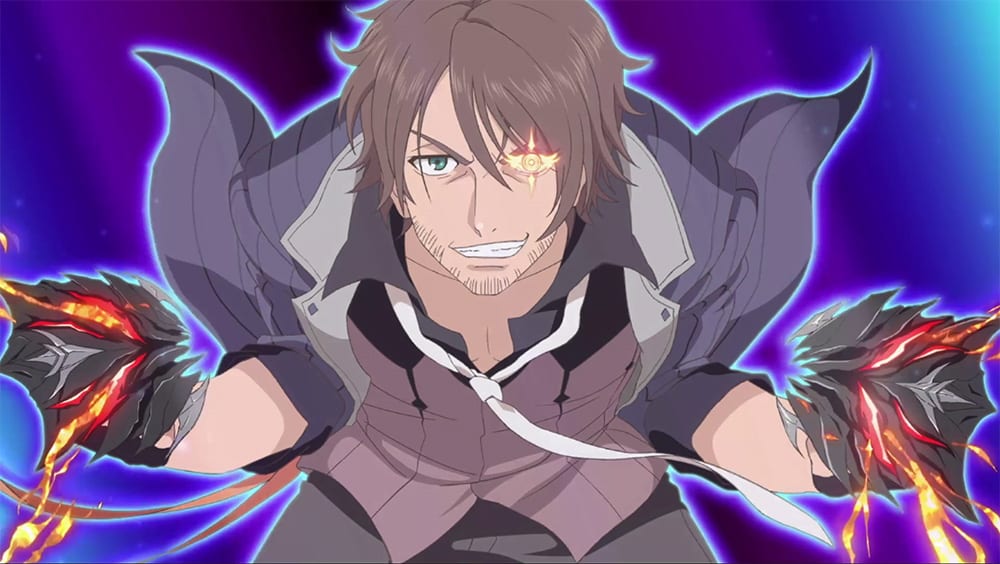 Bandai Namco is about to launch Tales of Crestoria on mobile platforms, and a new trailer was released showing one of the main characters.

The trailer focuses on Orwin Granberg, who seems to be a bit of a piece of work. He’s also the oldest in the group if you don’t count Vicious, whose age is unknown.

He bears the “Love-Bloodied Fist” blood sin marked on her tongue.

“A grown man with an affable, if world-weary disposition. Perpetually listless, he contributes little to society. Despite this, he has a wife, Naya, and a 10-year old daughter named Aura. They subsist primarily off of Naya’s earnings.”

If you lean more toward console games, another game of the series is in development titled “Tales of Arise” for PS4, Xbox One, and PC, but we haven’t heard anything new about it for quite a while. We do know that it’s supposed to come this year