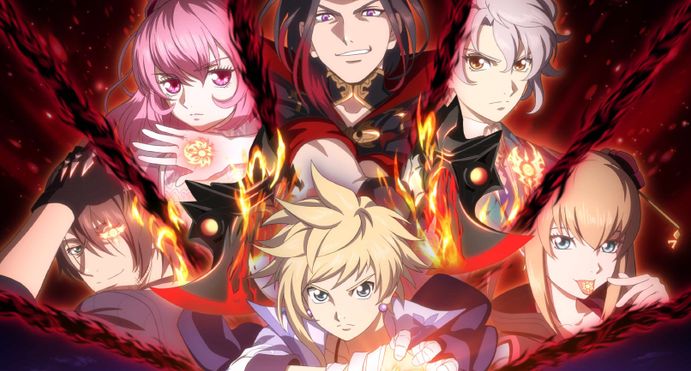 Now that we know that Tales of Crestoria will get a western release, Bandai Namco Entertainment is going all out promoting its upcoming mobile game.

Today they released an extended version of the concept trailer launched a few days ago, featuring the collaboration between animation studio Kamikaze Douga, which recently worked on Batman Ninja, and DJ Yasutaka Nakata.

On top of the original pixel art, we get an additional minute starting at the 1.17 mark with animation more akin to what we can expect from a Tales game. This part was created by Musashino-based Wit Studio, known for Attack on Titan and currently working on Vinland Saga.

On top of the trailer, the official Twitter account of the game released the localization of the introduction of three more characters, Yuna Azetta, Aegis Alver, and Orwin Granberg, alongside an official translation of the game’s story background, and the charming key artwork of the game.

The characters you’ll see in the gallery at the bottom of the post are designed by Miyuki Kobayashi and Daigo Okumura.

You can check out the trailer below. If you want to see more, you can watch two more trailers released last week.

Tales of Crestoria will release for iOS and Android in 2019.