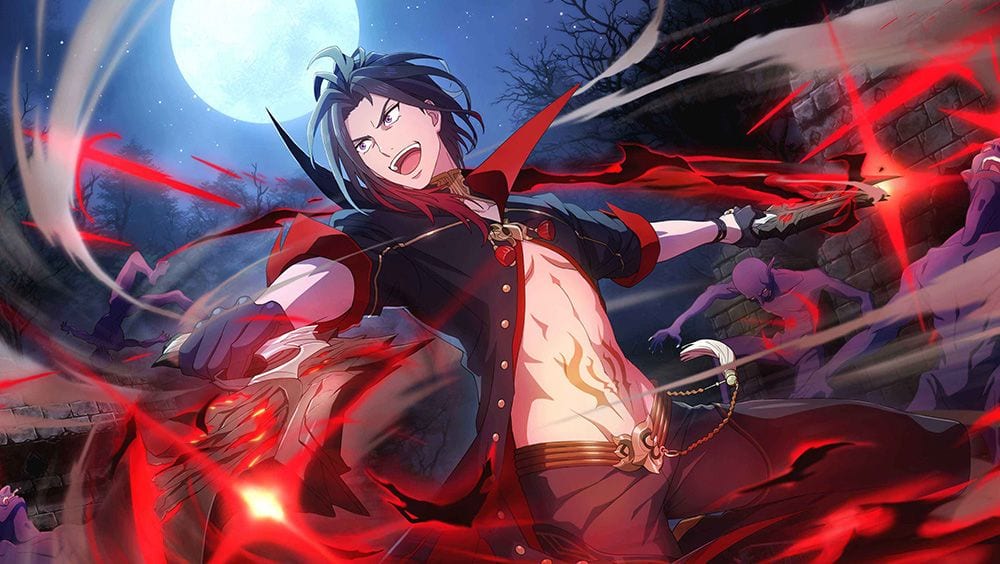 The trailer focuses on Vicious, bearer of the Endless Torment blood sin and walking stereotype.

“TWidely known as the “Great Transgressor,” Vicious is feared and despised the world over.

He possesses a devil-may-care attitude, and believes that people should live their lives as their whims guide them.

He crosses paths with and rescues the condemned Kanata and Misella in his search for a certain place. Vicious possesses the unique ability to unlock people’s blood sins.”

If you want to see more of Tales of Crestoria, you can watch 25 minutes of gameplay, another trailer featuring the hero Kanata, another showing Misella, the previous trailer, another promotional video, the previous clip, and the extended reveal trailer featuring a collaboration between animation studio Kamikaze Douga, which recently worked on Batman Ninja, and DJ Yasutaka Nakata.