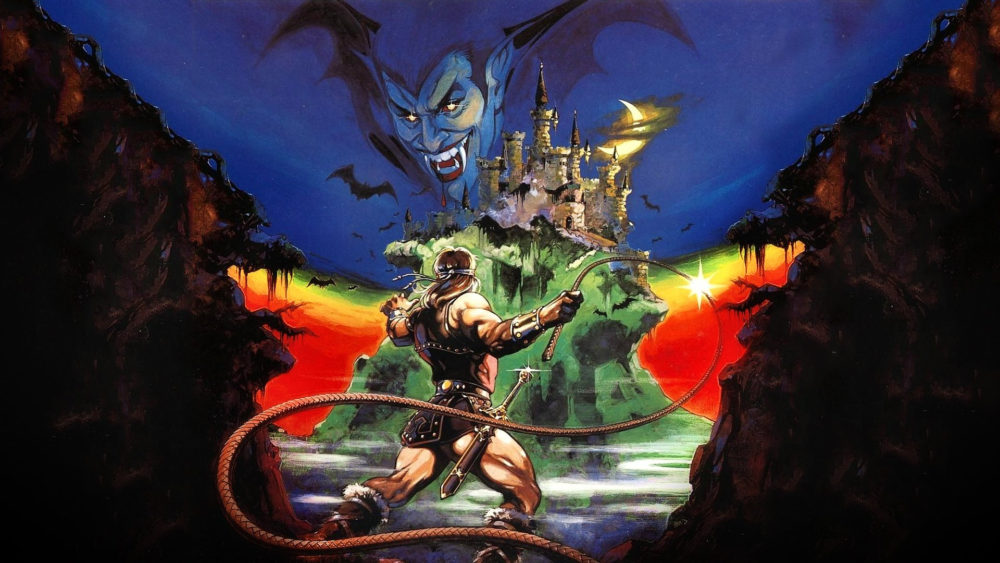 Castlevania is a gothic horror action-adventure series that first released in 1986 by Konami. It follows the Belmont clan in their eternal fight against the vampire hordes and their leader, Dracula. It’s made to feel like an old-time horror film, due to it featuring classic monster like zombies, Frankenstein’s monster, and obviously Dracula. Castlevania helped coin the term “Metroidvania” which refers to a style of game that focuses on exploration, backtracking, finding upgrades and secrets as well as having a dark/lonely atmosphere.

Most games require you to go through a huge castle, fighting monsters and solving puzzles on how to proceed. You come equipped with the iconic Belmont whip, but also have access to many other sub-weapons like knives, holy water and throwing axes, to help you battle demons, monsters, and all manner of ghouls.

There have been multiple spin-off games, including a mobile game, and has even inspired spiritual successors like Bloodstained Ritual of the Night, made by ex Castlevania director, Koji Igarashi. The franchise has expanded to other media such as comic books and a television series on Netflix (Season 3 just got a release date), and has gone on to be one of the best selling video game franchises of all time. So do you think have what it takes to ace this Castlevania quiz? Well, grab your holy water and tighten your belt, because this quiz is not an easy one.

Are You A True Vampire Killer? Take This Castlevania Trivia Quiz And Find Out

Who was the head director of the first Castlevania game?

Who is chronologically the first Belmont?

What is the name of the Belmont families legendary whip?

What year did Castlevania: Symphony of the Night release?

Which Belmont famously says "Die monster, you don't belong in this world!"

How old is Alucard when he meets Trevor and Sypha in the Castlevania Netflix series?

Which two characters from Castlevania made it into Smash Bros Ultimate as playable fighters?

Who is the head writer of the Castlevania Netflix series?

How many mainline Castlevania games have been released? (Not including ports, remakes, or the mobile game)

What other famous game director who also worked at Konami is credited with being an adviser for the Japanese release of Castlevania Lords of Shadow?

The Netflix Castlevania producer Adi Shankar has stated that which video game character was used as an inspiration for Trevor's design?

Which character said the famous line "The only thing necessary for evil to triumph, is for good men to do nothing."