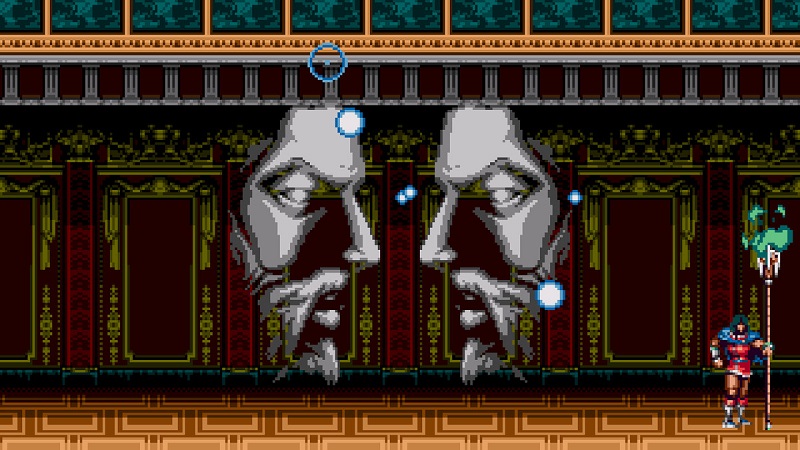 Castlevania Anniversary Collection is officially scheduled to hit the PS4 on May 16th. This is according to a new blog post by Sony that also revealed the full line-up of retro games which will be featured in the bundle.

The freshly unveiled titles include classics such as Castlevania: The Adventure and Castlevania Bloodlines along with a couple of surprises in the form of Castlevania 2: Simon’s Quest and Kid Dracula.

While sought-after games like Bloodlines were to be expected, it’s very surprising to see Kid Dracula being included in the Castlevania Anniversary Collection. The game was originally released back in 1990 exclusively for the Japanese market and has never been available outside the country until now.

Another noteworthy inclusion is Castlevania: The Adventure. The game launched in 1989 for the Game Boy and was the first-ever Castlevania title to release on a portable console.

In addition to the aforementioned games, Sony previously announced that Castlevania Anniversary Collection will also include four other titles. Rounding up the full line-up are the original Castlevania, Castlevania II: Belmont’s Revenge, Castlevania III: Dracula’s Curse, and Super Castlevania IV.

Sony is bringing all these classic games to the PS4 in order to celebrate Konami’s 50th anniversary. Last month the two companies also revealed the Contra Anniversary Collection due out in early summer 2019 and the Arcade Classics Anniversary Collection, which was made available on the PlayStation Store earlier today.

If you’re not very familiar with Castlevania but would like to get up to speed with the series, you may want to check out Twinfinite’s list of all 30 titles released over the years, ranked from worst to best.

And just in case you end up falling in love with the series, it’s worth mentioning that Symphony of the Night and Rondo of Blood, two of the most well-received Castlevania games to date, are also available on PS4.