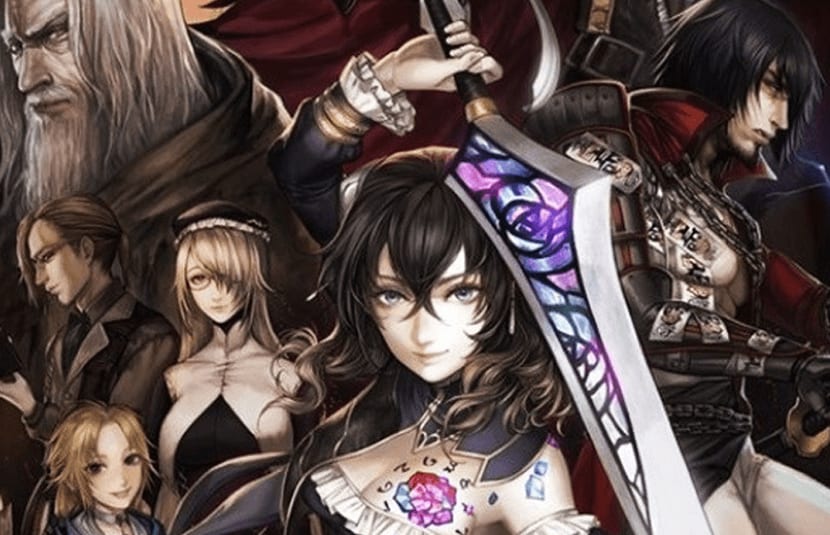 Bloodstained: Ritual of the Night on PC

To call the Kickstarter campaign for Bloodstained: Ritual of the Night a success would be an understatement. The game was funded in a day and blew past its stretch goals. Gamers were excited for the title, but then Mighty No. 9, another Kickstarter video game, released and was critically panned.

Mighty No. 9 was a far cry from what its Kickstarter campaign promised. Worst of all, the title terrified gamers into thinking other titles they backed on Kickstarter would turn out just as horrible, including Bloodstained: Ritual of the Night. Well, allow me to reassure you that Bloodstained: Ritual of the Night is nothing short of a masterpiece.

In Bloodstained: Ritual of the Night, you take the role of Miriam, a “Shardbinder.” She has numerous alchemic crystals lodged in her body that give her powerful abilities, including the power to absorb shards of demonic essence that give her magic spells. Her job is to explore a castle summoned from hell and stop Gebel, another Shardbinder who’s gone mad.

Luckily, Miriam isn’t alone. Her two closest allies are Johannes, an alchemist who crafts items, and Dominique, an exorcist who serves as Bloodstained’s de facto merchant. Throughout the game, Miriam also runs into other side characters, including Zangetsu, who is voiced by the delectable David Hayter and is less of an ally and more of a strange bedfellow.

Bloodstained: Ritual of the Night is, simply put, the best metroidvania to come out in years, but what else can you expect from Koji Igarashi, the man who perfected the genre? If you’ve never heard of metroidvanias, they are video games that encourage exploring, platforming, and backtracking through expansive 2D levels.

Like many metroidvanias, Bloodstained: Ritual of the Night organically teases you with platforms and areas that can only be accessed with specific abilities. These locations open into new levels, squirrel away hidden items, and provide much-needed shortcuts. It’s a blast revisiting levels with new abilities because you never know what (helpful) secrets lurk in Bloodstained’s gothic castle, especially since the game looks gorgeous.

Bloodstained’s developers worked some black magic on the Unreal Engine to make the game look like an anime. The characters and textures pop; the mood lighting is extra moody, and you will never confuse one area for another thanks to varied and beautiful architecture. Bloodstained even features fun little extras that give the castle some extra life, such as chairs Miriam can sit in to take a load off and bookcases that hide journal entries.

Moreover, Bloodstained: Ritual of the Night carries on Castlevania’s proud tradition of featuring some of the best music to grace a video game. Bloodstained’s soundtrack sets the mood even better than the scenery, and I can easily see gamers fondly remembering various songs long after they finish the game.

Combat in Bloodstained: Ritual of the Night is as simple and satisfying as the Castlevania games on the Game Boy Advance and Nintendo DS (Castlevania: Lords of Shadow – Mirror of Fate notwithstanding). Miriam can cast spells that cost mana and swing plenty of weapons to kill demons. Plus, she can moonwalk out of danger.

As Miriam defeats enemies, she levels up her stats and finds weapons, equipment, and spell shards. She also discovers health, mana, and ammo (some weapons are guns) upgrades out in the open and hidden in breakable walls. Also, some items wait in treasure chests that are helpfully marked on the mini map.

Virtually every kind of medieval weapon imaginable is available in Bloodstained: Ritual of the Night, including swords, spears, and whips. Best of all, weapons feature different attributes and swing arcs that make them ideal for different situations.

For example, blunt weapons like clubs are effective against armored enemies, while piercing weapons like rapiers and spears chew through flying enemies and have more reach than clubs. Plus, some weapons include elemental affinities such as fire and poison for extra damage.

Equipment, meanwhile, improve Miriam’s various stats, but there is a give and take for each piece of equipment. Some may increase her melee damage at the cost of defense, while others can make her more resistant to elemental damage but less likely to find loot. Customization is paramount and lets you turn Miriam into a glass cannon, a jack of all trades, or any other build imaginable.

As for shards, they constitute Bloodstained: Ritual of the Night’s magic system. Miriam can equip five different types shards at a time. Each shard unleashes a different kind of spell, from shooting lightning bolts to summoning faeries. There’s a shard for everyone, and for every playstyle there’s a shard.

Bloodstained also includes a sixth type of shard, Passive Shards, that don’t need to be equipped and include powers such as a double jump and the ability to swap between item loadouts.

Bloodstained: Ritual of the Night also goes one step further by individually modelling most pieces of equipment and including bonus features for certain items and spells.

For example, the Toy Boots squeak whenever Miriam walks, the Spiral Sword purees enemies by damaging them multiple times per swing, and Conjure Shards that summon spectral demons occasionally create a gargantuan, screen-clearing attack. These extras are as necessary as the chairs, but it’s a treat discovering all of Bloodstained’s secrets regardless.

Combat is nothing without enemies, and Bloodstained: Ritual of the Night is stuffed with demonic foes, each with their own weaknesses, loot, and tactics. It’s a thrill to enter a new level just to see what new monsters await. Plus, odds are you will find at least one enemy that will make you scream. Or laugh because a random chair Miriam sits in turns out to be a Mimic.

While plenty of regular monsters are challenging on their own, none approach the satisfying difficulty of bosses. Like any metroidvania game worth its salt, Bloodstained: Ritual of the Night features quite a few tough boss enemies. The game’s boss fights are nerve wracking but never cross into the realm of annoying, which is a difficult line to tow.

While most of Bloodstained: Ritual of the Night’s action takes place in a demonic castle, the game also includes a home base that Miriam should revisit every so often. Johannes, who resides in this home base, can create a multitude of helpful items out of random materials found in chests and on enemies.

He can craft healing items, weapons, and foodstuffs that heal Miriam and provide a permanent stat boost the first time she eats a new dish. Plus, Dominique sells anything Johannes creates but only after he makes it, just in case you need more omelettes but can’t find Dragon Eggs.

Johannes can also upgrade various shards to strengthen their associated spells, such as increasing the number of projectiles or increasing their reach. Better yet, Enchant Shards that are fully upgraded transform into Passive Shards that provide permanent buffs, which frees up the Enchant Shard slot for another shard with a different bonus.

The home base also includes some quest givers. Quests are all simple “Fetch X” or “Kill Y” missions that are so easy you will usually complete them without realizing it. On a side note, the “Kill Y” quests all require Miriam to avenge the deaths of townsfolk, many of whom are named after classic Castlevania protagonists.

Moreover, some bonus NPCs wait in the wings of Bloodstained’s castle, including Todd the Killer Barber (an obvious nod to Sweeny Todd) and Orlok Dracule (O.D. for short).

Todd only changes Miriam’s appearance, but much like the chairs, he is a fun little extra that gives Bloodstained’s castle a bit more life. As for O.D., he is Castlevania: Symphony of the Night’s Alucard in everything but name. He is also a librarian vampire who loans out books that increase stats.

Now, I’ve been singing the praises of Bloodstained: Ritual of the Night throughout this review, but the game includes a few tiny problems, such as words missing from character conversation transcripts, crackling audio, and loot that occasionally sticks in the scenery and becomes unobtainable. However, these problems are so minor they don’t detract from the experience in the slightest.

Bloodstained: Ritual of the Night is as close to perfect as fans of metroidvania games could hope for. Exploration is absolutely a blast; the enemies are as enjoyable to kill as they are creative, and aspects such as backtracking and grinding are actually fun. Plus, plenty of other game modes await after the final boss is slain, such as Boss Rush. Bloodstained: Ritual of the Night has enough to keep gamers hooked for nights on end, and it’s only going to get bigger as time goes on.