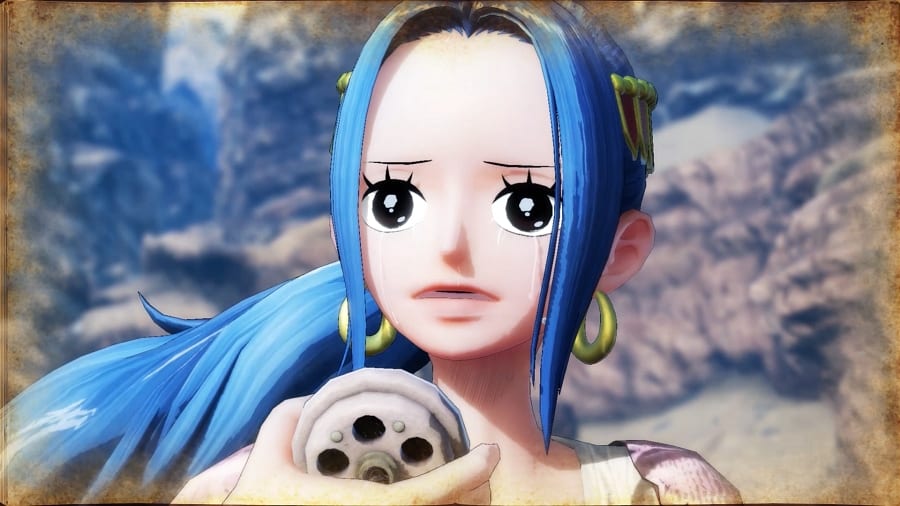 Bandai Namco Entertainment released a large gallery of screenshots and artwork of the upcoming Musou-style game One Piece: Pirate Warriors 4.

First of all, we get to take a look at the story arcs included in the game, Alabasta, Enies Lobby, Summit War, Dressrosa, Whole Cake Island, and Wano Country.

We then take a look at the playable characters, which are the highest in numbers the series ever had.

In particular, we take a further look at Big Mom and Kaido.

Big Mom has low mobility and attack speed but has few rivals in attack power and range. She is basically a walking fortress.

She doesn’t budge when attacked and can simply crush all enemies in front of her.

As a result, she is very easy to use for beginners that can wipe out armies of enemies with overwhelming ranged attacks and by charging without having to think too much.

Kaido is a candidate for the strongest character in the game. His movements are quick for his size, and she can crush enemies with direct strikes.

If you’d like to see more about the game, you can check out some gameplay also showing the Enies Lobby Arc, an English trailer focusing on Luffy, another starring Crocodile, more showcasing other members of the Straw Hats, even more, another batch, a video showinge Kaido and Big Mom in  action, another trailer that showcased the Alabasta arc, one that introduced the release date, the previous trailer and screenshots showing off Basil Hawkins, another trailer from a few weeks ago, another from Gamescom, and the original announcement.