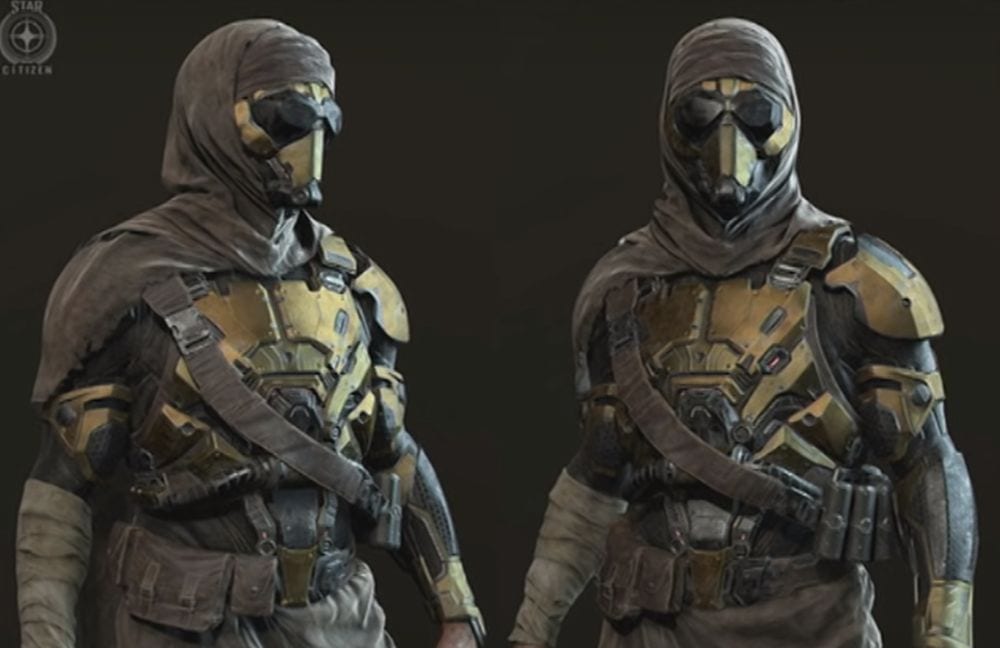 The video is a recording of a panel hosted at CitizenCon that wasn’t livestreamed.

Until now, what you’ll see in the video below was witnessed only by CitizenCon attendees.

We get to take a look at the future features that will be added to armor and helmets, including ways that players will be able to “play” with their helmets in the physicalized, persistent space.

In other Star Citizen news, the game’s crowdfunding total has passed $252 million.

The number of registered accounts is now at 2,452,472. As usual, you should keep in mind that not all of them are paying players. The number includes accounts created for Free Fly events like the one ongoing now.