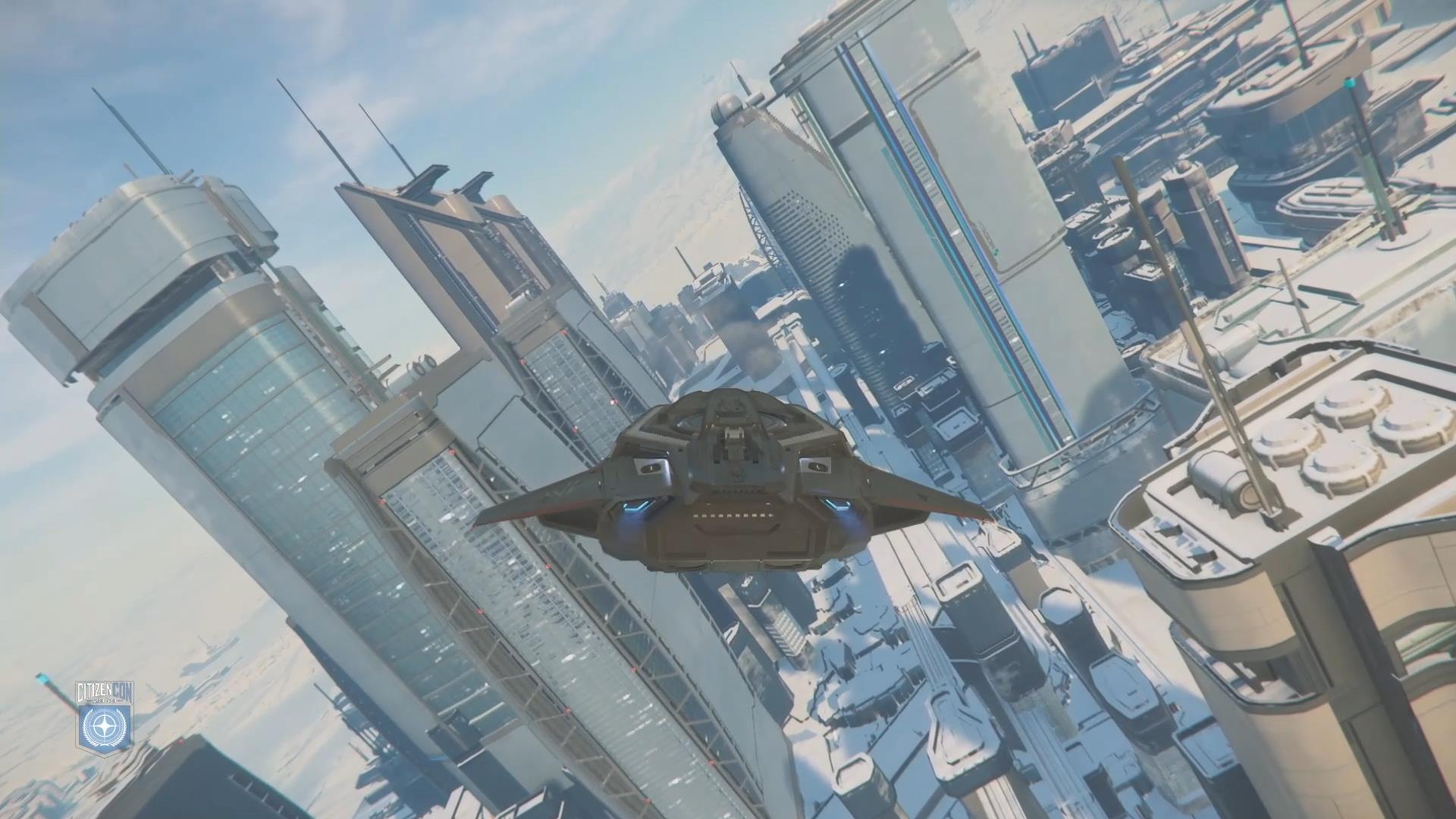 Today Cloud Imperium Games is hosting CitizenCon 2949 dedicated to its Space Simulator Star Citizen, and the opening keynote had a lot to see.

The first reveal is a trailer dedicated to the Anvil Carrack, which you can enjoy below.

Of course, the trailer is dedicated to exploration, which is the primary role of the Carrack.

Incidentally, the ship itself will be released in February.

Then we move on to the main event, a gameplay demo starting on the Carrack itself.

During the demo we get to see the first look at planet Microtech (coming in Star Citizen Alpha 3.8). introducing the newest planetary tech (Version 4). The ship used for the mission is the new Anvil C8 Pisces.

This includes fully rendered shadows cast by terrain visible from space and the inclusion of a frozen ocean that you can walk or drive on.

We also get to see precipitation effects on the cockpit since Microtech is a humid planet.

We get to see plenty of vegetation as we approach the massive city of  New Babbage (the interior of the city is coming in Star Citizen Alpha 3.9) with another big change being the removal of the annoying “no-fly zone” barriers.

The spaceport is on the opposite side of a frozen lake, and it’s extremely large.

We then jump on an Anvil Valkyrie flown by the AI, and this is where the first part of the demo ends. The second part will be showcased at the closing keynote later today.

We also learn that the new Version 4 Planetary tech will allow the development team to create planets much faster than what they have done so far.

It also enables natural transitions among biomes depending on the natural conditions of the planet and atmosphere (humidity and temperature). This makes every area on a planet completely unique.

On top of that, as you approach or leave a planet, it’s fully seamless. Whatever you see from orbit also appears the same on the ground level, without unnatural transitions between textures.

As an example of how fast work with Version 4 is, the development team already updated every existing planet to the new versions and they’ll be in Alpha 3.8.

Star Citizen is a crowdfunded game and the crowdfunding total for the game has recently passed 241 million dollars, and it’s sitting at $241,519,960 at the moment of this writing.

2,423,543 accounts have been registered for the game so far, but this number is likely to increase with the free fly event that is starting tomorrow, letting everyone check out the current build of the game.