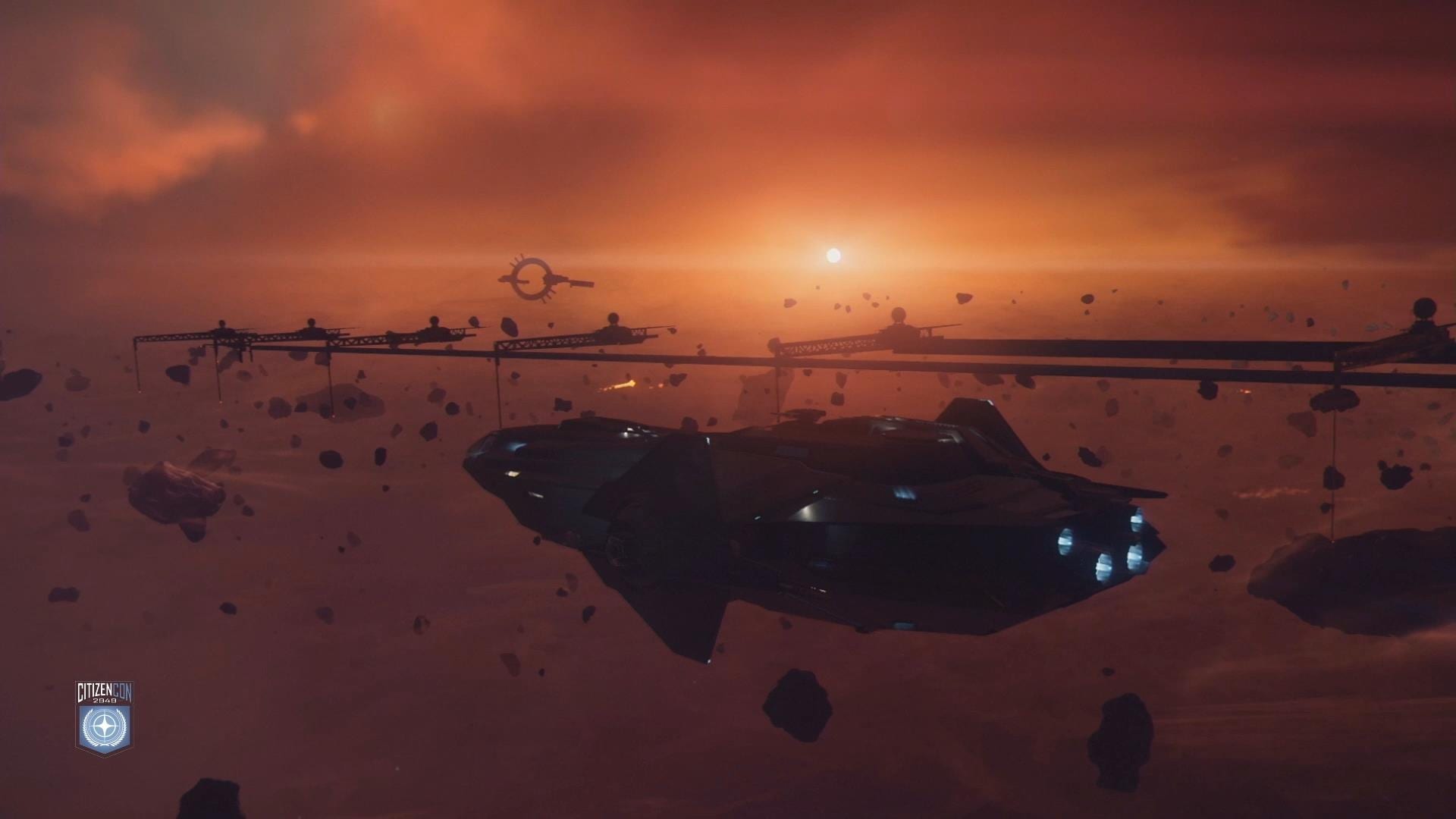 Today, during CitizenCon 2949, Star Citizen developer Cloud Imperium Games showcased more gameplay and talked about the future of the game.

We get to see the second part of the impressive demo showcased earlier today, starting on the frozen planet Microtech as passengers of an AI-flown ship.

We reach an outpost owned by Microtech (the corporation taht also owns the planet) and we get a look at dynamic weather in the form of  a snowstorm.

The weather simulation is dynamic and is governed by temperature, humidity, wind, and so forth.

The mission prompts us to infiltrate the base to find a specific server and recover(ie: steal) data from it.

While we’re trying to get away with our ill-gotten gains an alarm sounds and we’re forced to take down a guard. Melee combat will come in 3.8, including non-lethal takedowns.

When we get out, we see the interaction with the weather system as we start to be affected by hypothermia.

Luckily, we find a suit that saves our life.

As the demo progresses we hear and see more of the dynamic weather system.

After finding the rover that will facilitate our escape we call our pilot so that she can come and pick us up.

Proceeding downhill we can also see that the weather starts to clear a bit before we reach the Anvil Carrack for extraction.

Unfortunately our little stunt erarned us a crimestat and the ship is being attacked by Microtech security, so it’s time for some turret action.

After destroying the pursuers we can leave the atmosphere, getting a really pretty view of Microtech from above.

Finally, we get to see the final surprise of the demo, the very first look at a wormhole jump.

It’s time to leave the Stanton system to reach our destination in the Pyro system, Ruin Station.

The Pyro sytem will be added next year.

During the presentation, director Chris Roberts himself talked about the future mentioned that in 3.8 (which is coming mid-December) CIG will implement the first iteration of server-side Object Container Streaming.

Platform persistence will also save credits, ships, and other things that you have earned through different updates.

Full universe persistence will come around he middle of 2020. saving everything.

This will be followed by server meshing which will allow players to be handled automatically between servers basically connecting the universe.

More content and a bigger universe is also coming.

Star Citizen is a crowdfunded project and the crowdfunding total has recently passed 241 million dollars, and it’s sitting at $241,566,445 at the moment of this writing.

2,424,114 accounts have been registered for the game so far, but this number is likely to increase with the free fly event that is starting tomorrow. It wil let everyone check out the current build of the game and all the flyable ships for free.

If you want to see more you can check out the impressive gameplay shared earlier today showing more of Microtech, the Anvil Carrack, and the Anvil Pisces, the brand new “Theatres of War” Battlefield-like gameplay mode, and the reveal of the game’s universe simulation tech, Quantum.