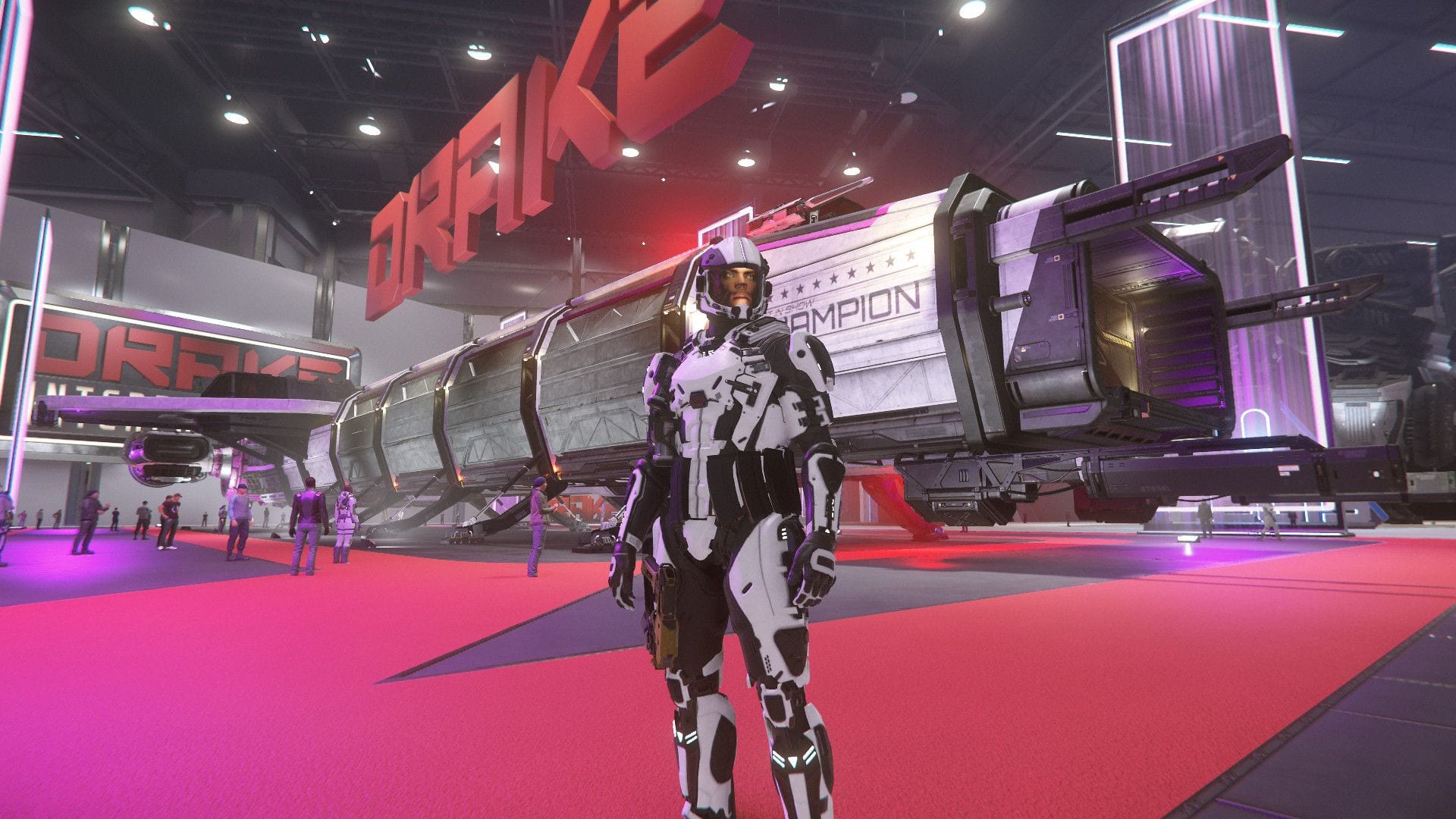 The “Best in Show” sale offers the four ships that came up at the top of the “Ship Showdown” fan-voted popularity contest.

We get the winner of the contest, the Drake Caterpillar, and the three runners up, the Drake Cutlass Black, the Aegis Hammerhead, and the Aegis Reclaimer.

For those with a lot of disposable income, there’s even a bundle (for $1,350 plus applicable VAT) that grants all four ships.

As usual, it’s worth mentioning that you don’t need to spend real money for those ships. They are all available for purchase in-game with credit that you can earn by playing. Real money purchase should be intended only for those who want to support the development of the game.

By grabbing the deals above, you do get a small perk, which is a special celebratory livery in silver, black, and purple.

The Caterpillar is basically your space truck and one of the most popular trading platforms in the game.

The Cutlass Black is a hybrid between a medium fighter and a small freighter.

The Reclaimer is a dedicated salvager and one of the biggest ships flyabale in the current build of the game. That being said, salvaging mechanics won’t be available until 4.0 in Q2 2020.

The Hammerhead is a massive gunship bristling with cannons and missiles able to cover basically every angle.

All four ships will be available to try for free until December 5 as part of the tail of the Free Fly event, which allows anyone to check out the game.

Speaking of money, the game’s crowdfunding total is now way past $251 million.

To be more precise, at the moment of this writing it’s at $251,692,186. This means that gamers have pledged roughly 1.3 million dollars since yesterday.

The number of registered accounts is now at 2,450,562. As usual, you should keep in mind that not all of them are paying players. The number includes accounts created for Free Fly events like the one ongoing now.