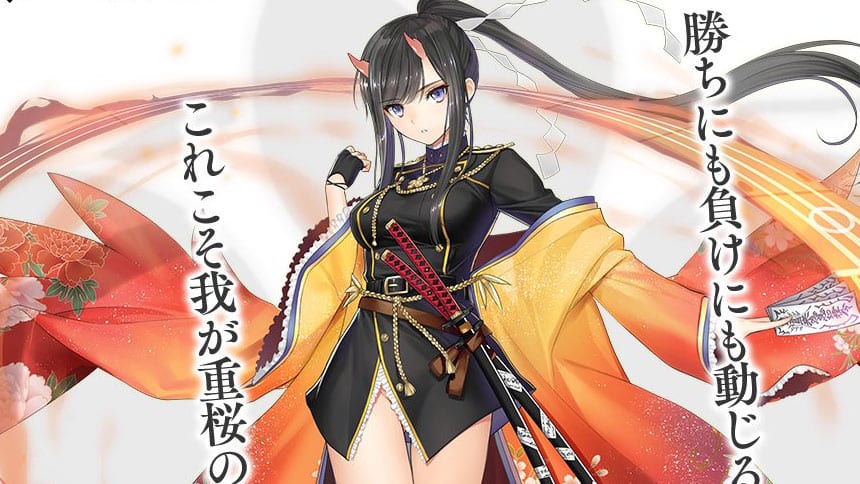 Today Yostar hosted a Christmas livestream about its popular shipgirl-focused mobile game Azur Lane, and boy they had news to deliver.

First of all, we get the reveal of the New Year event, titled “Kagerishi Michiru Kage no Hana,” which translates as “Flowers of Shadow Bloom in the Darkness.”

The English title has not been announced just yet. It’ll start on December 26 and end on January 9.

The event will bring plenty of new shipgirls and skins, some of which have also been shown in more detail on Twitter, including Suruga and Noshiro.

We then get to see the light cruiser Kinu, who will also come with her retrofit.

Next in line is the gorgeous light carrier Ryuuhou, designed by an exceptional guest artist, Tony Taka.

You may know his work on the Shining series, and he had already provided the design for Centaur.

Next in line aere two destroyers Kasumi and Hibiki.

Kinu and Noshiro will be available at the points exchange. Ryuuhou, Kinu, Suruga, and Kasumi will come from the limited construction banner. Hibiki will be the overall event reward.

Next we take a look at beautiful New Year Skins for Ryuuhou, Noshiro, and Suruga, which will come with Live 2D animations.

A retrofit for Hatsuharu will be accompanied by a new Oath skin for Kawakaze, on top of the one for Laffey that was revealed a few days ago.

If your interes leans more towards console and PC games, Azur Lane: Crosswave  has already been released for for PS4 in Japan, and it’s coming to the west in February with a PC version on top. You should definitely read the interview we pubished a few days ago, in which Compile Heart President Norihisa Kochiwa talks in depth about the project. A couple of new reveals have also been made today regarding the game’s DLC.