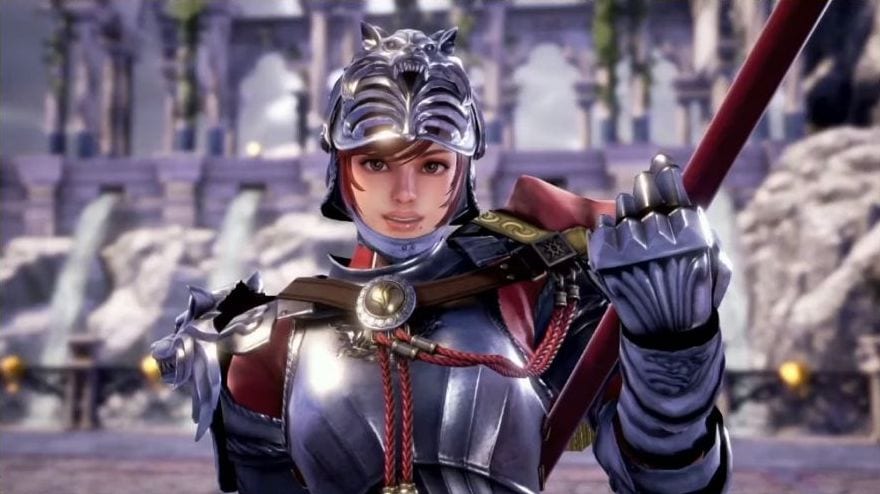 Okubo-san provided the information at the end of a livestream hosted by the Japanese magazine Dengeki PlayStation following the reveal of the new trailer that also included the release date for season 2.

First of all, we learn about new mechanics. The first is called Soul Attack, which uses the entire gauge and puts the character into “Soul Charged” state, but has no shockwave differently from the Soul Charge itself.

The second new mechanic is “Resist Impact” that lets you guard against unblockable attacks and guard breaks. If you succeed, it will recharge your guard stamina gauge.

Of course, we’re getting new moves, and guest characters like 2B and Geralt will also get them.

Reversal Edge will be adjusted so that it will only shift to Reversal Edge Clash when the attack is successful. If the opponent guards, the clash won’t happen.

Additional changes include new stages named Silver Wolves’ Haven and a Grand Labyrinth – Sealed Corridor, which is a training stage.

The UI will be renewed, the Ranked Match feature will be improved, text chat will be added, and a lot of balance adjustments will be implemented.

We also learn that Hilde’s version of Story: Soul Chronicle is set two years before SoulCalibur IV. Her story will feature a character who will make fans of the old games smirk.

When you complete it, you’ll unlock Hilde’s concept hard in the Museum menu.

Hilde comes with her distinctive feature called “Release Input” but it has been tweaked. It’s now easier to use compared to her previous appearance.

She is also getting the “Regalia Arts” feature, which is a special attack inherited from the Wolfkrone royal family.

If you hit the opponent with a certain attack it will envelop Hilde’s sword and shield with a special effect activating her Regalia. From this state, you can launch the Regalia Arts.

Patch 2.00 will also include Hilde’s classic costume “Crown Princess Series” from SoulCalibur IV for free. You won’t need to purchase her DLC to wear it.

The eighth DLC, “Creation Parts Set 3” will also come alongside Hilde on November 26. It will include a special sticker and hit effects and the Holiday Series of parts.

While the new Creation Parts sets will be separate DLCs from the characters, they will come with the same timing.

Okubo-san clarified that there is a chance that the DLC will actually hit some stores before the season pass, but if you’d rather but the season pass, you should wait for it to be available on the 26th.

More details about the Season 2 update will be made available tomorrow. There might time difference between the announcement in English and in Japanese. Okubo-san mentioned that the English notes might slide into November 21.

The patch notes are very detailed and the volume is very big, so it takes time to publish them in English.

You can see all the slides below.