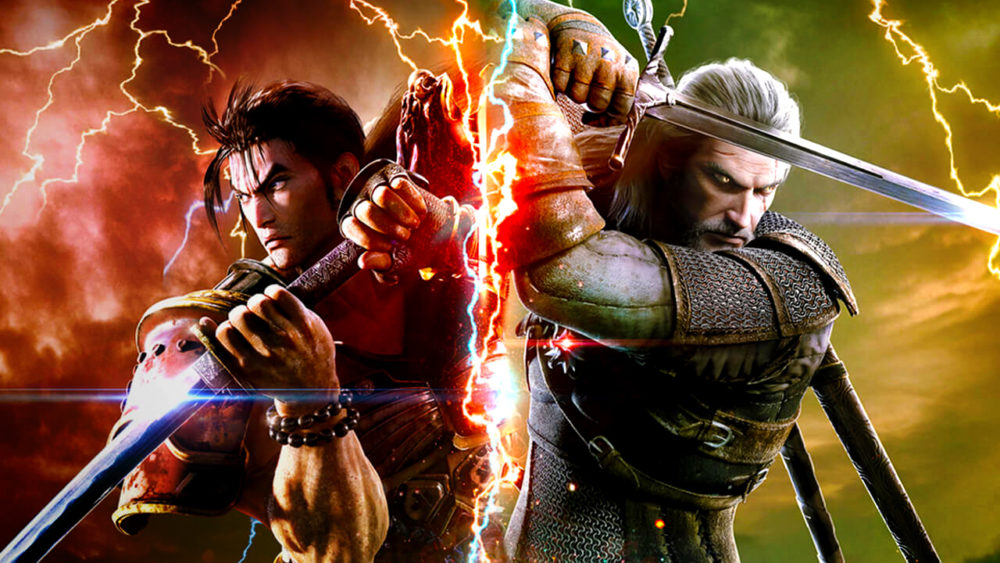 The SoulCalibur series’ tagline has always a been “A tale of swords and souls eternally retold,” and that seems a fitting saying for SoulCalibur VI. It’s a game that feels altogether familiar but different at the same time, and it’s the biggest and boldest that SoulCalibur has been in years. The six years since SoulCalibur V has clearly allowed the team to re-examine the series, and double down on providing a robust fighting game experience.

SoulCalibur VI works as a soft reboot of the series, rebooting the main story and timeline, but leaving the gameplay and characters mostly intact. All the core mechanics of the series are present in SoulCalibur VI, but there are some serious strides made to make things more accessible to newcomers than past entries.

If you’re familiar with the series, you’ll be able to jump right into SoulCalibur VI with no problem. If you aren’t, you have light and heavy attacks, as well as kicks, and within these you can perform low, medium, and high strikes. Guarding is mapped to the X button. Of course, as with most fighting games, you can combine these various buttons for combos and stronger attacks. Pretty standard stuff.

The Critical Edge system from SoulCalibur V returns unchanged, but a smattering of new mechanics is also introduced. Chief among these is Reversal Edge. Mapped initially to the R1 button, holding it down will let you enter a parrying stance which can block light enemy attacks, and when released unleashes a vertical attack.

Landing this attack will put both you and the opponent into a showdown where each player needs to press one of the face buttons to select an attack, square, triangle, and circle on PS4. These buttons have a rock-paper-scissors rule, and the winner of the showdown will land the attack, damage the opponent, and briefly knockdown/stun them.

Reversal Edge adds some great visual flair and tension to each battle, and it can be a valuable piece of your defensive repertoire. It never feels unfair, however, as the Reversal Edge attack is always vertical right in front of you. This means if it’s not used at the right moment, Reversal Edge can be easy to dodge and exploit, and it’s always a bad idea to spam it.

On top of this each character now has a Lethal Edge attack, a specific attack unique to each character that when landed crushes the enemy and briefly slows time, leaving them open to another attack. Despite all of these myriad systems, SoulCalibur VI is a game that feels incredibly accessible for newcomers to pick up and play, but tough to master.

SoulCalibur VI has a fantastic way of introducing you to its systems with two lengthy story modes, Soul Chronicle and Libra of Souls. Soul Chronicle is similar to your typical fighting game story, letting you play through a quick story for every character in the game as well as a main story.

These stories are told through the presentation of gorgeous art and character portraits with dialogue, highlighted by fights. Although short I enjoyed most of the character stories, but there were a few, like Maxi’s, that just fell totally flat.

Where the game really shines, however, and where it really surprised me, is with Libra of Souls.

This mode has you creating your own character and using them to explore the world of SoulCalibur via a world map with different nodes for locations. As you advance the story you’ll take on a variety of main missions, and a whole host of side missions.

Unlike Soul Chronicle, there isn’t a ton of voice acting and instead, the story is told through text sequences and unvoiced dialogue, with a few choice cutscenes highlighting important moments.

This isn’t a problem, however, as the story is backed up by great writing that really helps set the mood and tone. Sidequests I found particularly engaging, and there are some fun stories that carry through the entire experience, like how you have to keep finding exotic food to help a lord’s daughter recover from a sickness.

During Libra of Souls your character levels up, which increases their health, and you’ll also be collecting different weapons and food that can be used before battle to give you a stat boost.

As you advance through Libra of Souls you’ll unlock “Hidden Records.” These add nodes to the character storylines in Soul Chronicle, showing what your character was doing at that point in time, in relation to that character. This helps build an overall timeline and narrative, and I really enjoyed how the two modes weaved together.

Because you’re able to equip different weapons on your character, Libra of Souls works as a fantastic introduction to learning the movesets of each character. Additionally, the mode consistently introduces unique gimmicks or rules for battles, like only making medium attacks do full damage, or making the floor wet and slippery so characters slide around.

Coupled with a generous difficulty curve, these unique rules require you to try out new strategies and can lead to more focused learning on specific aspects of combat.

There are still ultra challenging fight in the mode, in SoulCalibur tradition, most of which can be found in later sidequests. Twenty hours into Libra of Souls and I was still fully engaged with the mode, wanting to see what happened next.

The fact that I spent 20 hours with a fighting game’s story mode and wasn’t tired of it, was absolutely amazing to me, and it’s certainly not what I expected when I started up SoulCalibur VI.

Of course, the game also has plenty of other modes and options for players to dig into. There’s the standard versus mode letting you play against the CPU or friends, a traditional arcade mode, and a training mode.

The series tradition of a robust Character Creation mode also returns, and while it’s not quite as detailed as past entries, you can still make a variety of fun and wacky characters. As an example, my very first match online had me playing against a player-created Bowsette, the recent super popular internet trend.

A Museum option also returns, letting you view character illustrations, bits of lore, and tons of art from across the series. You’ll need the in-game currency Soul Points to unlock much of this, however.

Luckily, SoulCalibur VI liberally rewards you with these whenever you complete a character story, or even letting you exchange gold for Soul Points in Libra of Souls. To further the game’s focus on accessibility, you can even view tips and explanations for playing each character in the Museum, helping you solidify your understanding of the combat.

The typical online modes you’d expect are here too, with Ranked play and Casual Play. During my online playtime I did encounter quite a few latency issues, with gameplay slowing down to a moderate degree. Most of my matches were fine, but there were enough issues to make it noticeable. Obviously, this is something that can and probably will be ironed out in the coming days.

SoulCalibur VI’s roster may not be as big as SoulCalibur V, but it’s a quality offering of beloved characters with fresh looks. Pretty much all of the essentials are here with the likes of Mitsurugi, Siegfried, Nightmare, Zasalamel, Xianghua, Kilik, and more.

The Witcher’s Geralt is the guest character this time around, and he fits fantastically into both the gameplay and style of SoulCalibur VI. His moveset makes perfect sense with the gameplay of The Witcher 3, and he’s an absolute blast to play.

Two new characters are also introduced, with Groh and Azwel. These two play central roles in the story and their unique weapons make them stand out from the rest of the cast, a dual-bladed sword that can be split apart for Groh, and ethereal blades that float in the air for Azwel.

Groh, in particular,  became my favorite character to play as in SoulCalibur VI, and he makes a great new addition to the cast of the series. One thing that does feel a bit off, however, is having Tira as day-one DLC. The fan-favorite character does appear in the story briefly, and having such a known character available from day one as an extra paywall just feels a bit wrong, especially when it feels like she could have easily been in the base game.

All of the various modes and options in SoulCalibur VI make it one of the most engaging packages I’ve seen in any fighting game, ever. Whether you’re interested in single player or multiplayer, there’s a wealth of content to dive into.