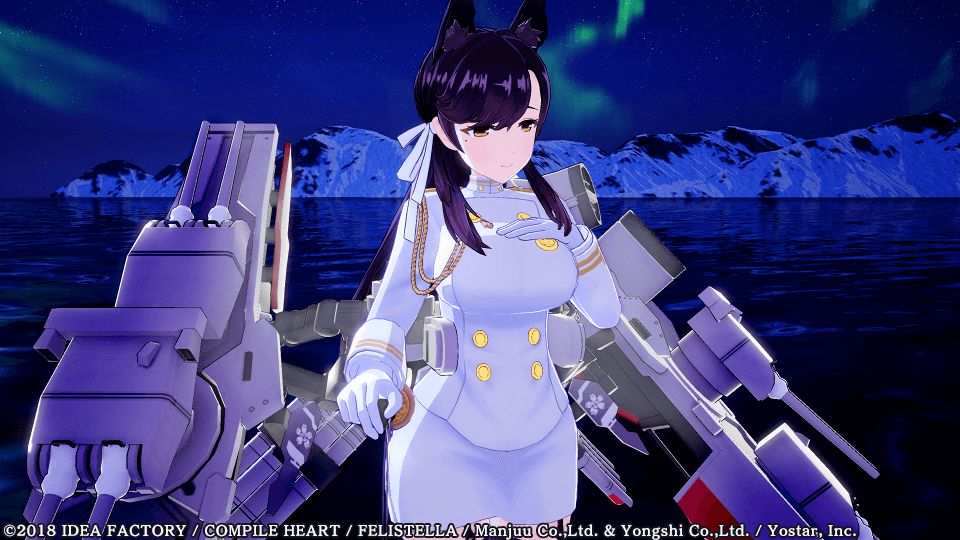 Compile Heart revealed a bunch of new shipgirls who will appear in the upcoming console game Azur Lane: Crosswave

We get the official reveal of Atago, Takao, Enterprise, Columbia, Saratoga, and Cleveland. To be fair, almost all of them were pretty much inevitable, but it’s nice to have an official confirmation.

Almost all received new screenshots, on top of an additional gallery showcasing dialogue scenes and the photo mode. Each also got a voice sample that you can access by clicking on each link above and then on “voice.”

You can check out all the images below. If you want to see more of the game, you can also enjoy the unveiling of Bismark, Ark Royal, San Diego, and Hamman, the reveal of Vestal, more screenshots and another shipgirl reveal, more images and gameplay details, the latest trailer,  additional images showing newcomers Suruga and Shimakaze, and the trailer that revealed them.

Incidentally, If you’re interested in the original mobile version of Azur Lane, Yostar also released a new trailer featuring the ongoing event Scherzo or Iron Blood, mostly focusing on supreme Teutonic waifu Bismark.  You can find it at the bottom of the post.