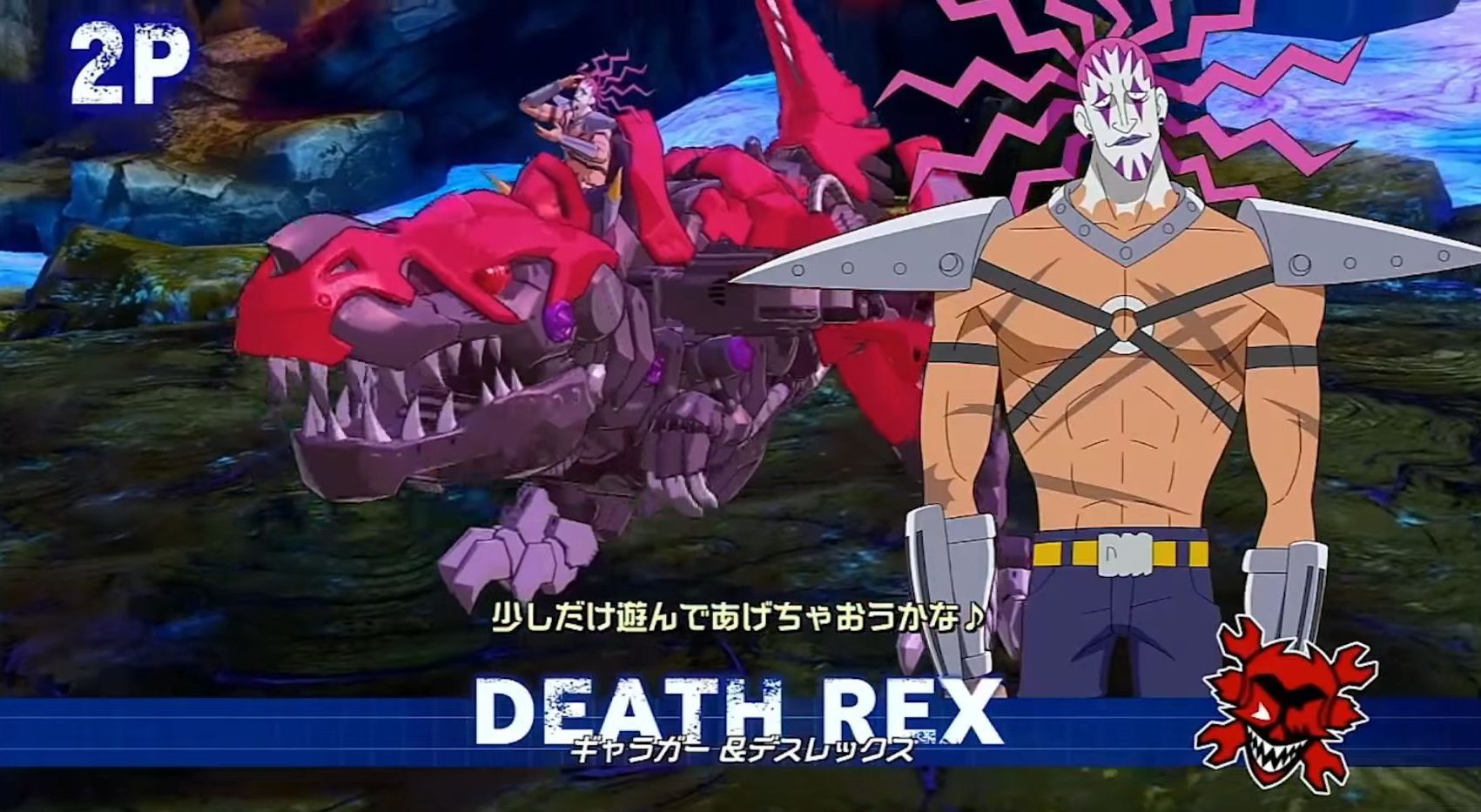 The first trailer focuses on Death Rex and its pilot Gallagher, who is the leader of the villainous Death Metal Empire. Being the main antagonist of the story, both he and his Zoid are adequately imposing.

The second video showcases the first DLC for the game, which is the Brachiosaurus-inspired Grachiosaurus. Unsurprisingly, it’s really, really big. It will come to the game in the summer of 2019, but the good news is that it’ll be a free download.

If you’re unfamiliar with Zoids Wild: King of Blast, it’s a fighting game based on the recent anime and manga series Zoids Wild, serialized on CoroCoro Comic starting on April 2018. An anime TV series was also broadcasted last summer.

You can check out the trailer below. If you want to see more, you can also watch some recent gameplay and another gameplay trailer showing off all playable Zoids and characters. We also have another trailer showcasing Knuckle Kong and its pilot Foiegras, one featuring Scorpear and its pilot Penne, one starring Triceradogos alongside its pilot Gyoza, the fourth focusing on Stegosage and Truffle, and one more showing Fangtiger and leader of Supreme Bacon.

Zoids Wild: King of Blast released today (Feb. 28) in Japan, exclusively for Nintendo Switch. No western release has been announced for now.