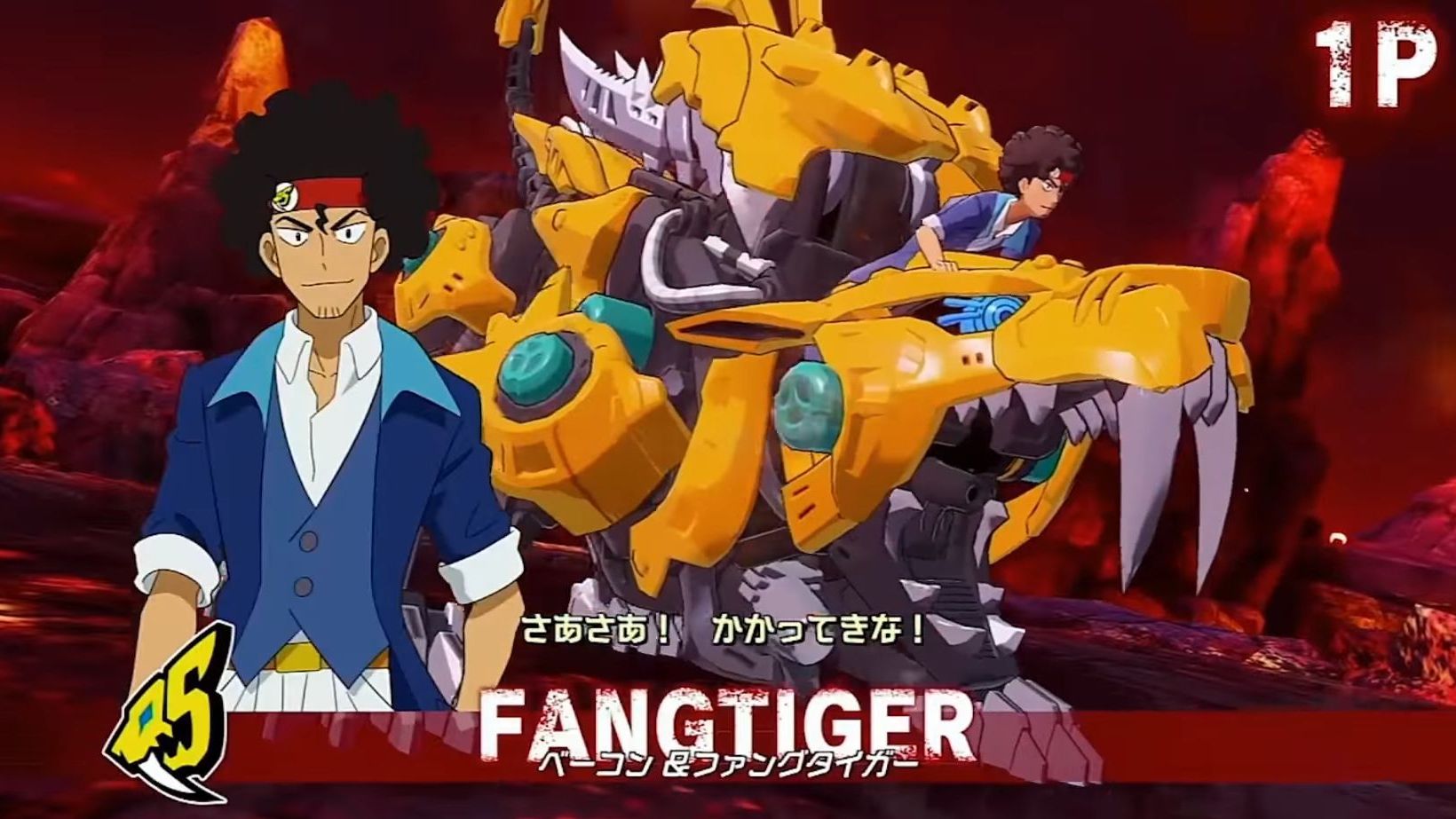 The trailer shows off one of the most awesome Zoids in the lineup, Fangtiger. We also get to see its pilot and leader of Supreme Bacon. As usual, all of the characters have names inspired by food, an Bacon is most definitely a name fit for a leader.

You can check out the trailer below. If you want to see more, you can also watch some recent gameplay and another gameplay trailer showing off all playable Zoids and characters.  We also have another trailer showcasing Knuckle Kong and its pilot Foiegras, one featuring Scorpear and its pilot Penne, one starring Triceradogos alongside its pilot Gyoza, and the fourth focusing on Stegosage and Truffle.

Zoids Wild: King of Blast will release on Feb. 28 in Japan, exclusively for Nintendo Switch. No western release has been announced for now. We’ll have to wait and see if someone picks it up and localizes it, but I’m not holding my breath.