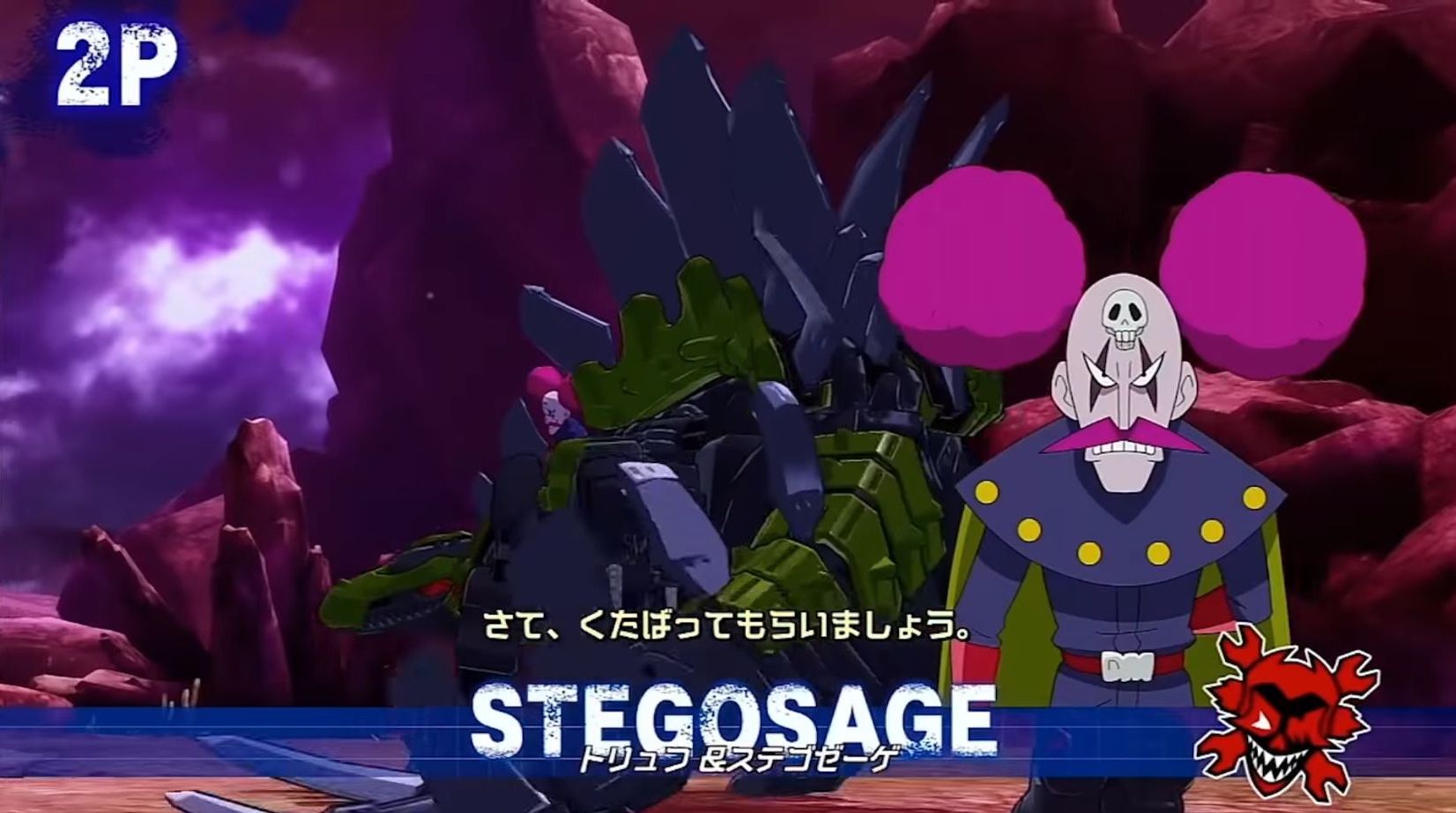 The trailer is short like every video from this series, and it features one of the Zoids that are playable in the game, the Stegosaur-shaped Stegosage. We also get to see its pilot Truffle, and as soon as you’ll see what he looks like you’ll immediately understand how perfectly fitting his name is.

Truffle and Stegosage belong to Death Metal, the bad guys of the story.

You can enjoy the trailer below. If you want to see more, you can also watch some recent gameplay and another gameplay trailer showing off all playable Zoids and characters. We also have another trailer showcasing Knuckle Kong and its pilot Foiegras, one featuring Scorpear and its pilot Penne, and one starring Triceradogos alongside his pilot Gyoza.

Zoids Wild: King of Blast will release on Feb. 28 in Japan, exclusively for Nintendo Switch. No western release has been announced for the moment.