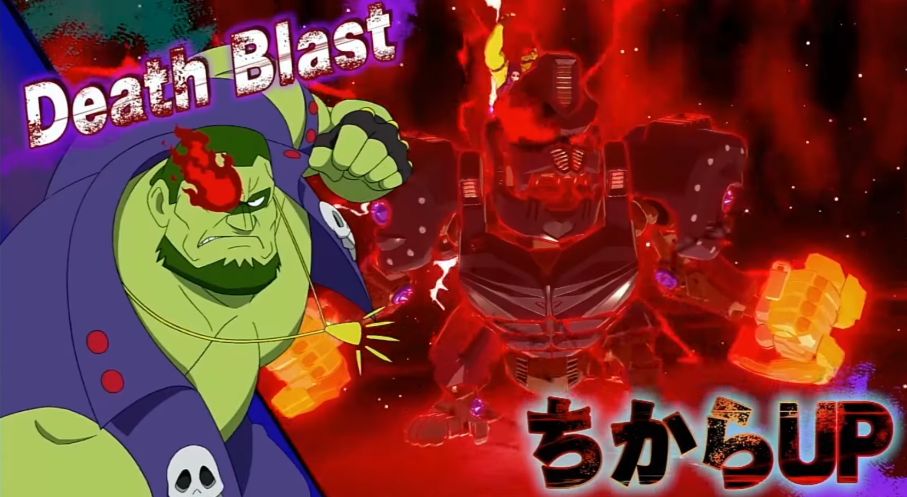 The trailer is rather brief, and it introduces Knuckle Kong and its pilot Foiegras from the Death Metal team. If you haven’t guessed by now, most characters from the game have names linked to food one way or another.

If you’re unfamiliar with Zoids Wild: King of Blast, it’s an upcoming fighting game based on the recent anime and manga series Zoids Wild, that has been serialized on CoroCoro Comic starting on April 2018 and has spawned an anime TV series last summer.

You can check out the trailer below. If you want to see more, you can also watch some recent gameplay, and another gameplay trailer showing off all playable Zoids and characters. Just yesterday, we also saw another trailer featuring Freedom’s Zoid Scorpear and its pilot Penne.

Zoids Wild: King of Blast will launch on Feb. 28 in Japan, exclusively for Nintendo Switch. No western release has been mentioned for now. The chances of it coming to North America and Europe are probably slim, but you never know. At the very least, the game appears fairly easy to pick up even in Japanese, since it’s designed for a rather young audience.