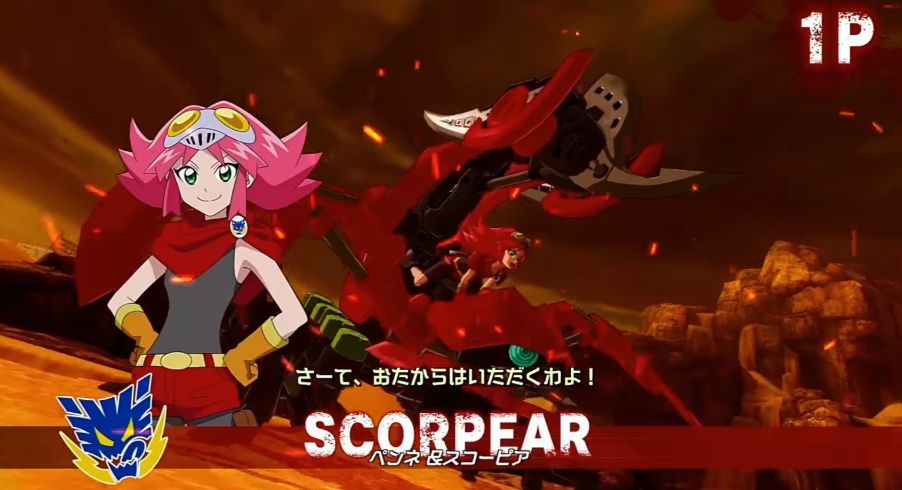 The trailer is brief, focusing only on Scorpear and its pilot Penne, who gets her name from pasta.

Jokes aside (well, it’s not really a joke, her name really comes from pasta), penne is one of the most relevant members of Team freedom, as she’s the one who decided the name and designed the logo.

Interestingly, she seems to be able to summon a Spides zoid via her Final Blast move.

If you’re unfamiliar with Zoids Wild: King of Blast, it’s an upcoming title based on the recent anime and manga series Zoids Wild, that debuted on CoroCoro Comic in April 2018 and then on Japanese TV last summer.

You can check out the trailer below. If you want to see more, you can check out some recent gameplay, and another gameplay trailer showing off all playable Zoids and characters.

Zoids Wild: King of Blast will launch on Feb. 28 in Japan, exclusively for Nintendo Switch. No western release has been mentioned for now. The chances of it coming to North America and Europe are probably slim, but stranger things have happened.