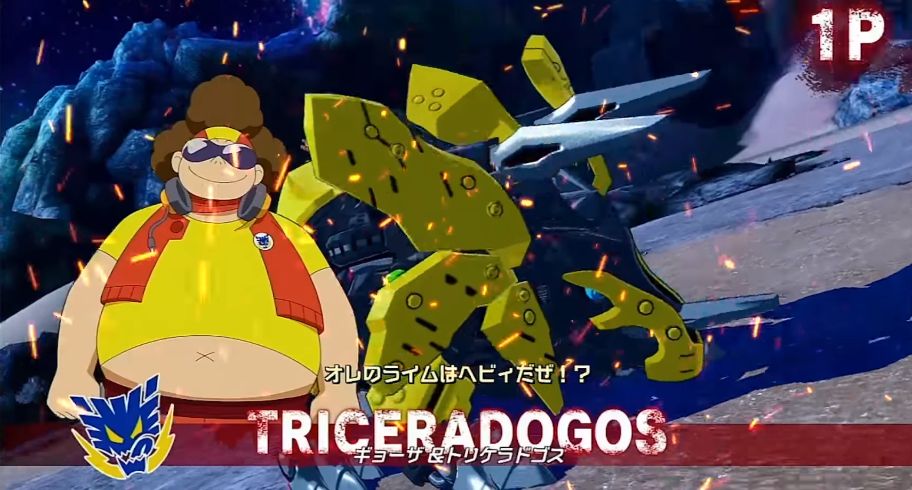 The trailer is short, almost akin to a commercial in format, but it showcases another of the Zoids that are available as playable. This time around we get to see the Triceratops-inspired Triceradogos, alongside his pilot Gyoza. By now you probably noticed that all characters have names inspired by food, and this particular one appears to have had a few too many of the dumplings that are so popular in Japan.

You can check out the trailer below. If you want to see more, you can also watch some recent gameplay, and another gameplay trailer showing off all playable Zoids and characters.  Just yesterday, we also saw another trailer showcasing Knuckle Kong and its pilot Foiegras, while the day before we saw another featuring Scorpear and its pilot Penne.

Zoids Wild: King of Blast will release on Feb. 28 in Japan, exclusively for Nintendo Switch. No western release has been announced for now. If I was a betting man, I’d say chances of it coming to North America and Europe are probably slim, but you never know.