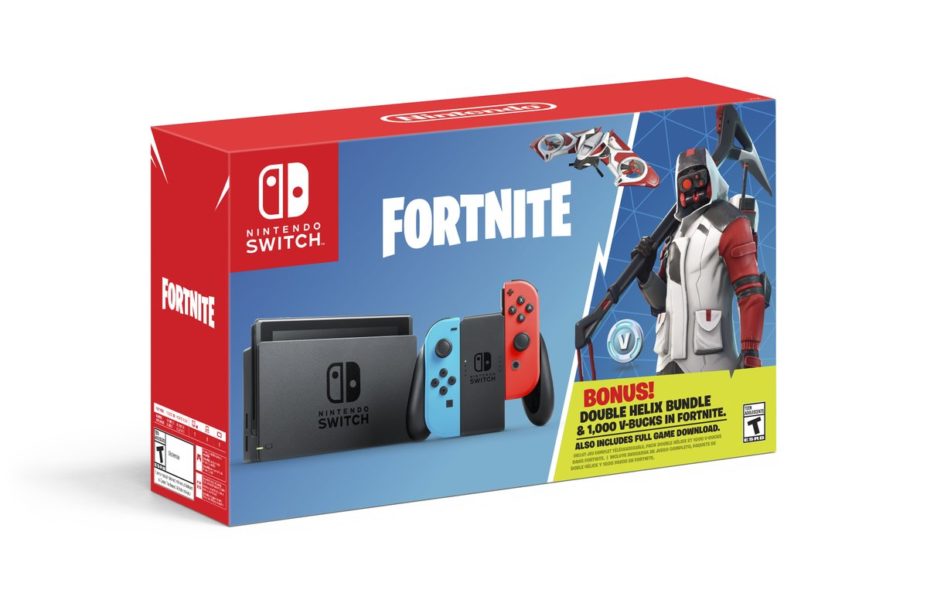 Another Nintendo Switch bundle has been announced along side the Super Smash Bros. Ultimate and Pokemon Let’s Go bundles. Sadly, the Fornite Switch bundle won’t come with a flashy, unique design like the others, but it will provide those who purchased it with in-game bonuses and will release on Oct. 5.

Titled the Double Helix Bundle, this addition will come with 1 thousand V-Bucks for players to utilize as they wish, a unique skin, glider, pickax and various cosmetics. The bundle comes with everything you’d expect from the standard Switch purchase plus the pre-installed Fortnite game. Considering the upcoming release of Call of Duty Black Ops 4’s Blackout battle royale mode, this move can only make Fortnite that much more of a massive competitor in the genre.

Lucky for fans on this monumental world of player-vs-player action, Fornite will not require a Nintendo Online subscription to play with the community, a rather smart move on Nintendo’s part. Because it is not on the list of first-party Nintendo titles, Fortnite on Switch will, for the time being, have a leg up on its Xbox and PlayStation counterparts.

Most recently, Fornite has received a patch that includes a portable fortress to further shake up the game’s already tense gameplay, new items for Playground and a limited time solo mode that highlights the game’s gliders.

The Fortnite Switch bundle will be available for purchase on Oct. 5.