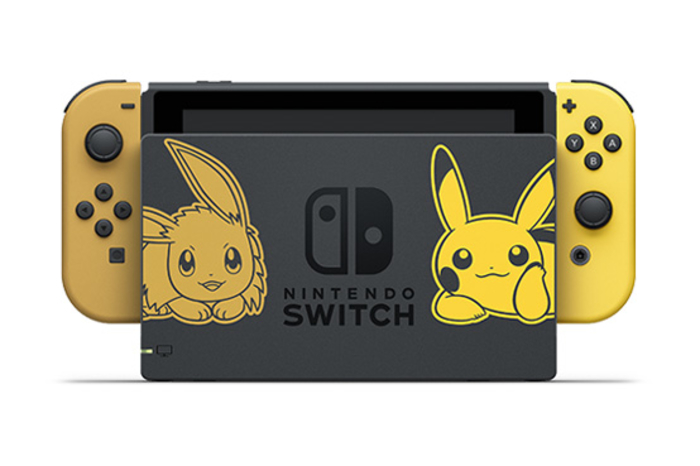 Nintendo has announced that a special hardware bundle for the Nintendo Switch will be coming soon to retailers. The bundle is part of the launch for Pokemon Let’s Go Pikachu and Let’s Go Eevee, a new Pokemon adventure that takes players back to where it all started, the Kanto region. This time around, things are a tad bit different. You use the “throwing-ball” mechanics that are present in Pokemon GO and you’re also able to play the entire game with a buddy by your side, making this one of the most accessible entries in the mainline series of Pokemon.

This adorable bundle comes included with the Nintendo Switch system, a Pikachu and Eevee themed dock and matching Joy-Con controllers, the Poké Ball Plus accessory, and a download code for either version of the game that you purchase. The bundle costs $399.99 and will destroy your wallet/handbag/piggy bank but just look at Pikachu and Eevee chilling on the dock?! How can someone not want those two little Pokemon looking right at you while you’re on your Kanto adventure?

Pokemon Let’s Go Pikachu and Pokemon Let’s Go Eevee launches exclusively for the Nintendo Switch on Nov 16. Which version will you guys be picking up? Let us know in the comments section below!