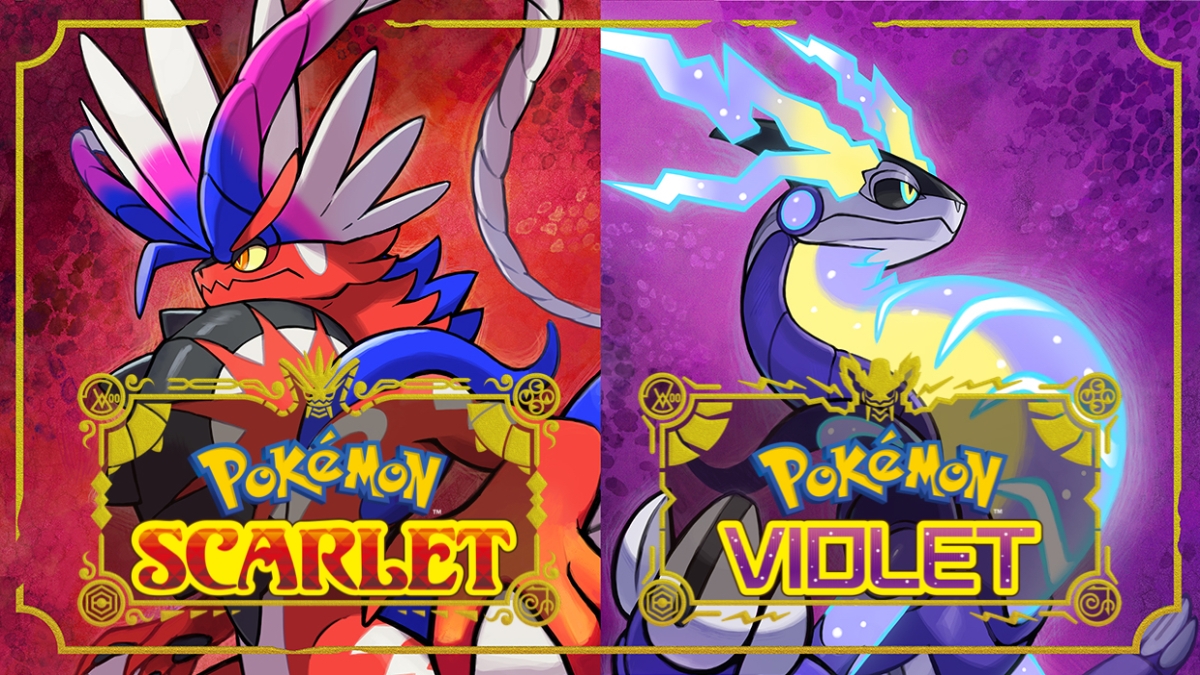 Pokemon Scarlet and Violet introduced over 100 new Generation 9 Pokemon to the Paldea Region, but also selected over 200 Mons from previous generations to make a return. Among these selected specimens, there are a number of powerful Pokemon that make some of the best choices to use on your team both during your playthrough and in competitive battling. We’ve compiled a list of the most powerful creatures in this collective, ranked by their base stat total, so follow along below for the 10 strongest returning Pokemon to use in Scarlet and Violet.

Starting off the list is Florges, a Fairy-Type Pokemon introduced in Generation 6’s Kalos Region. Florges makes it into the ten strongest returning Pokemon in Scarlet and Violet with a total base stat of 552. Florges’ most impressive stats are in the Sp. Atk and Sp. Def categories.

To best capitalize on this, you should find a Florges with a Timid, Calm, or Modest nature, as these natures will boost Florges’ Sp. Atk even further, making moves of this type even more powerful. However, Florges has a couple of weaknesses, so you’ll want to plan the rest of your team to cover and balance these out.

Originating from Kanto’s original 151 Pokemon, Arcanine is a beloved Fire-Type dog and one of the best Fire-Types available in Pokemon Scarlet and Violet. Arcanine makes a solid choice to add to your team and successfully fills the role of a strong offensive unit in most scenarios. Arcanine’s base stat total comes to 555, with its advantages being Attack and Sp. Attack. Arcanine also has valuable abilities with Intimidate, Flash Fire, and Justified, which can help in battle if used correctly.

To best benefit Arcanine’s strong attacking stats, the nature you’ll want to consider for your competitive build is Adamant, which will raise Arcanine’s attack even further. Alternatively, you can also pick up Bold or Impish if you’re looking to bulk up its Defense and make Arcanine’s stats a little more evened out.

Dragonite is a very solid Pseudo-Legendary to add to your team if you need a reliable Dragon-Type, with its Inner Focus and Multiscale abilities add a helpful boost in battle. Complete with a stat total of 600, Dragonite’s best stat is, by far, its Attack stat, but it also has very solid Sp. Atk and Sp, Def. To best capitalize on Dragonite’s power and make it a true threat, you’ll want to consider an Adamant or Jolly nature, as these will further boost Dragonite’s Attack stat at the small cost of some Sp. Atk. Of course, though, Dragonite’s Sp. Atk was already decent to begin with, so this trade-off won’t cause any major decreases to that area and will be well worth it with the use of physical moves.

Hydreigon is a powerful Dark and Dragon Dual-Type Pokemon that makes a strong additon to any competitve team with its base stat total of 600. Hydreigon also comes with the ability Levitate, which makes it immune to Ground-Type attacks and moves such as Spikes. Hydreigon’s most powerful stat is Sp. Atk at a value of 125, followed by Attack at 105.

The best natures for Hydreigon you’ll want to consider are Modest, which will further boost Sp. Atk at a small cost to Attack, or Timid, which will bring up its Speed at a small sacrifice to its Attack stat. Hydreigon can only be obtained by evolving a Zweilos, though, so if you need information on how to do so, feel free to check out our complete guide for how to evolve Zweilos into Hydreigon.

Dragapult is a Dragon/Ghost Dual-Type Pokemon first introduced in Generation 8’s Galar Region, and one of the strongest returning Mons in Scarlet and Violet. Dragapult has some of the best abilities available, with Clear Body, Infiltrator, Cursed Body. Alongside this, it has a base stat total of 600, with its most impressive stats being its Speed of 142, Attack of 120, and Sp. Atk of 100. To make the most of Dragapult’s stats and abilities, you’ll want to try and get your hands on one with an Adamant, Modest, Timid, or Jolly nature. Adamant will boost Attack at the cost of Sp. Atk, balancing them out a little, while Modest will boost Sp. Atk at the cost of Speed.

Salamence is an excellent addition to any competitive team as a Pseudo-Legendary with a 600 base stat total. Salamence is also one of the best Dragon-Type Pokemon available in Scarlet and Violet, so if you’re looking for a Mon of this type, Salamence is a brilliant choice. Salamence’s strengths lie in its Attack of 135, its Sp. Atk of 110 and Speed of 100. Salamence also has solid abilities with Intimidate, and its hidden ability, Moxie. To make the most out of Salamence as a true powerhouse threat, you’ll need to obtain one with the nature of Adamant, which will boost its Attack further at a small cost to its Sp. Atk, or Jolly, which boosts its Speed and takes a small bite out of its Sp. Atk.

Goodra may look like a super friendly Pokemon due to those adorable little eyes, but don’t let that fool you; it’s one of the strongest returning Pokemon in the entire game. As with any other Pseudo-Legendary, Goodra has a high base-stat total of 600, with its most impressive stats being its Sp. Def of a whopping 150, followed by Sp. Atk of 110. Goodra’s hidden ability, Gooey, can also be beneficial, lowering the speed of the enemy Pokemon each time it hits Goodra with a physical move.

For Goodra’s nature, the best options to consider are Modest, which will boost its Sp. Atk and slightly reduce its Attack, or Calm, which will boost its Sp. Def and reduce its Attack. Goodra can also only be obtained by evolving a Sliggoo under certain conditions, so if you require some help in doing so, you can check out our complete guide for how to catch Goomy and evolve into Goodra.

Tyranitar is a Scarlet Violet exclusive, but that doesn’t make it any less of a contender to have on your competitive team. For Violet players, seeking one out via Link Trade will be more than worth it, as the beast has the Pseudo-Legendary base stat total of 600 and some very solid individual stats. Its most impressive ones are Attack of 134 and Defense of 110, followed by decent HP and Sp. Def both at 100, making it the perfect Mon to use as your team’s tank.

Garchomp is a strong Dragon/Ground Dual-Type and Pseudo-Legendary Pokemon that debuted in Generation 4’s Sinnoh Region and made a return in Pokemon Scarlet and Violet’s Paldea Region. Garchomp’s Hidden Ability, Rough Skin, is also advantageous, dealing a portion of the damage Garchomp receives from any Physical attack back to the attacker. Garchomp’s most impressive stats are its Attack of 130, followed by HP of 108, and Speed of 102. The best nature to consider for a competitive Garchomp is Adamant, which boosts this Attack stat even further at the cost of Sp. Atk, or Jolly, which adds a boost to Garchomp’s Speed at a cost to its Sp. Atk.

The Garchomp evolution line is also relatively easy to get your hands on. The final stage, Garchomp, can even be obtained in the overworld, with a Water Tera Type available in West Province (Area 2) inside a cave.

Slaking makes for the strongest returning Pokemon in Scarlet and Violet, with an impressive base stat total of 670. Slaking’s best stats are its impressive Attack on 160 and HP of 150, followed by decent Speed and Defense stats at 100. This makes Slaking a very sturdy battler and offensive beast. The best Natures to consider in order for Slaking to be used to its full potential are Adamant, which further boosts it’s immense Attack power at cost to its lower Sp. Atk, or Jolly, which will boost Slaking’s speed a little, as well as slightly reduce its Sp Atk. Slaking has huge potential to do massive damage to your opponents, especially when Terastallized, so you should absolutely consider picking one of these guys up for your team.

That wraps up the list of the 10 stongest returning Pokemon to use in Scarlet & Violet. For more helpful gameplay guides, information, and lists, check out the rest of our Pokemon Scarlet and Violet content here at Twinfinite. We have a variety of topics that can help you through your journey in Paldea and solve any struggles you may be experiencing in the game, such as how to get all Lycanroc forms, where to find and catch Passimian, and all Gimighoul coin locations.