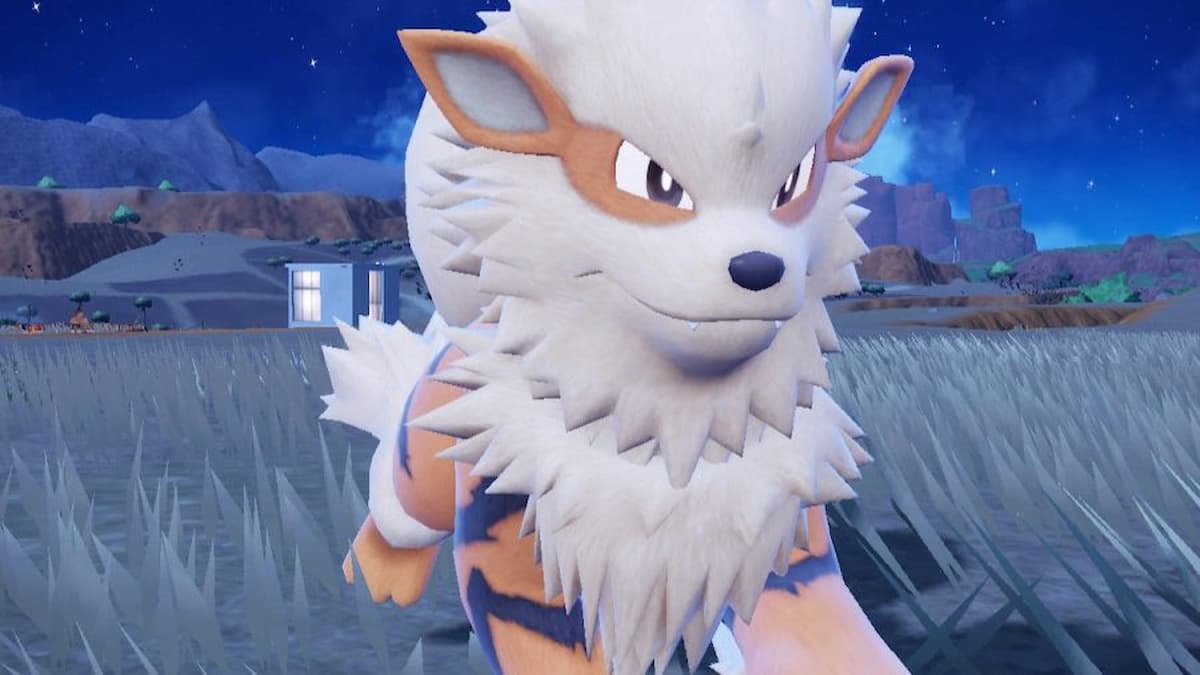 Exclusive to Pokemon Violet, Ceruledge drops in at the tenth spot on this list. One of two Fire and Ghost-type Pokemon introduced in the ninth generation, Ceruledge is all about going on the offensive with a whopping 120-attack stat, cutting down all who oppose it easily. It might take the cutting down a little too seriously with those swords for arms, though!

Its unique move, Bitter Blade, allows it to heal 50% of the damage from an incoming attack. If allowed to use Swords Dance – which significantly raises its attack – and used in conjunction with Bitter Blade, only a handful of Pokemon can withstand its brutal attacks.

Keeping the trend of introducing regional variants into the franchise, Pokemon Scarlet & Violet brings a new regional form for Tauros, known as Blaze Tauros. This new form replaces its original Normal-typing for a new Fire and Fighting combo and heavily increases its overall attack power.

With new-found power, this Tauros can wreak havoc everywhere it goes. Amongst all of the Paldean Tauros, the blaze breed is the strongest. It’s also the most menacing in terms of design!

Exclusive to Pokemon Scarlet and the counterpart to Ceruledge, the seventh spot on the list is claimed by Armarouge. Unlike Ceruledge, Armarouge is a Fire and Psychic-type Pokemon focusing more on special attacks and physical defense. This allows it to cover its weaknesses to Dark and Ghost while maintaining enough attack power to dish out significant damage against everything else.

However, it still has the typical weaknesses of Water, Ground, and Rock-type moves, so you still need to be wary of those. Overall, Armarouge is a must-have Pokemon for everybody’s team in Pokemon Scarlet.

Bringing a classic Pokemon into the mix, Arcanine returns to take hold of the sixth spot on the list. Arcanine may be the oldest Pokemon on this list, but that hasn’t stopped it from being one of the most powerful Fire-type Pokemon in the game.

With its high speed, good attack, and great defenses, Arcanine proves that age is just a number and will continue to mow down teams with its fiery fury. Make sure to give it a treat every once in a while!

Yes, you read that correctly; Torkoal claims the fifth spot for best Fire-type Pokemon in Pokemon Scarlet & Violet. Being a pure Fire-type, Torkoal is subject to all of its main weaknesses, such as Water, Ground, and Rock, but what gives Torkoal a considerable advantage compared to the previous entries on this list is its hidden ability, Drought.

When Torkoal enters the field, Drought will activate and automatically set up a Sunny Day, strengthening the power of Fire-type moves while weakening Water-type moves severely. Without a doubt, Torkoal is a must-have Pokemon for Fire-based teams.

Returning from Pokemon X and Y, the Fire and Flying-type Pokemon Talonflame swoops in and takes the fourth spot on the list. Talonflame might not have the most impressive defensive stats for a Fire Pokemon, but it more than makes up for it with its ludicrous 126-speed stat. Amongst all Fire Pokemon, Talonflame is in the top 5 for fastest!

Pairing its speed with its hidden ability, Gale Wings, gives priority to Flying-type attacks, allowing it to always go first when attacking with powerful Flying-type attacks like Brave Bird. Indeed, Talonflame can rest easy at the fourth spot.

Down to the final three, the final evolution of the Fire-type starter Pokemon for Scarlet & Violet, Skeledirge, sits in the third spot. Unlike the other Fire and Ghost-type on this list, Skeledirge has higher stats and doesn’t require a ton of set-up to get things going.

However, it does have access to its exclusive move, Torch Song, which raises its special attack, allowing it to dish out more significant damage than before. Needless to say, not only is Skeledirge the strongest starter Pokemon but it rightfully deserves the third-best Fire Pokemon on this list. Plus, we can all agree Fuecoco is the best starter, right?

Volcarona taking up a top spot shouldn’t surprise anyone, considering it’s been a top 5 Fire Pokemon since its original release in Pokemon Black and White.

That said, not much has changed for the fire butterfly since then, as it still has impressive stats, excellent type coverage as a Fire and Bug-type, and access to one of the most decisive moves in the game, Quiver Dance. Quiver Dance raises its special attack, special defense, and speed by one stage, allowing it to sweep teams with ease if the move is used more than once.

Technically, Volcorona is still the best Fire Pokemon, but it’s not the same. Meet Iron Moth, the futuristic Paradox variant of Volcorona found exclusively in Pokemon Violet. This Paradox Pokemon essentially does what Volcorona can do, but better, starting by removing its previous Bug-typing for Poison instead.

The drawback, of course, is not having access to Quiver Dance, but Iron Moth more than makes up for it with its jaw-dropping stats, making it, without a doubt, the second strongest Fire Pokemon in the game. However, only one can stand at the top…

Looks can be deceiving, but this flaming Goldfish is, in fact, the strongest Fire-type Pokemon in Scarlet & Violet. Meet Chi-Yu, one of the four hidden Legendary Pokemon of ruin, who is a Dark and Fire-type. With an overwhelming 135 special attack, 120 special defense, and 100 speed, Chi-Yu essentially puts the rest of the Pokemon on this list to shame.

It even has a unique special attack known as Ruination, which cuts the opposing Pokémon’s health in half when it connects. Pretty impressive, right? Legendary Pokemon continue to prove there is a wide gap between them and normal Pokemon and Chi-Yu is a prime example.

That’s everything you need to know on the top 10 best Fire Pokemon in Scarlet & Violet. Be sure to check out some of our latest lists like top 10 best Pokemon, or top 10 rare Pokemon.