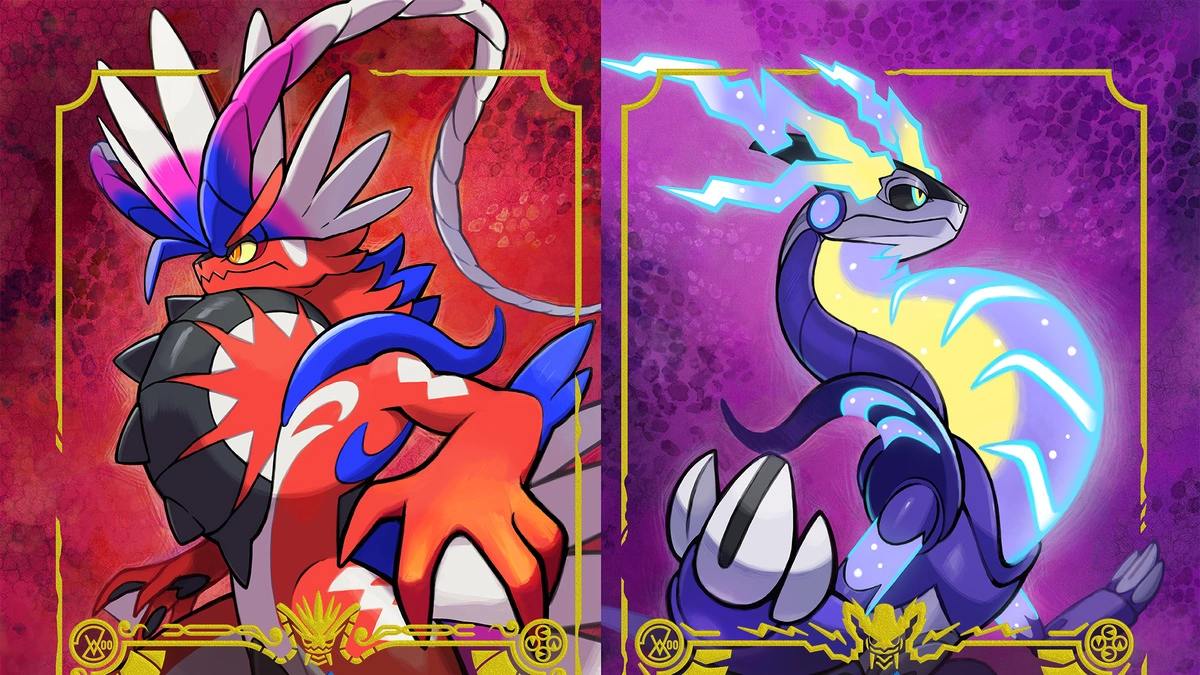 -To keep things fair, we’ll only be going over normal Pokemon. This list will not include Legendary Pokemon and will also stick to Generation 9 Pokemon exclusively.

Kicking off the list with the evolution of one of the newest starter Pokemon, Meowscarada. Meowscarada is one of the very few Grass-type starter Pokemon with a speed stat of over 120, which pairs nicely with its attack stat of 110. Its main drawback unfortunately is the lack of defensive options, as its Grass and Dark-typing gives it plenty of weaknesses to be afraid of. However, it makes up for those weaknesses with good attack coverage, giving it the tenth spot on this list.

Next up is the Water-type starter, Quaquaval. Unlike Meowscarada, Quaquaval has all-around better stats with a whopping 120 stat in attack. It’s usually not fast out of the gate, but with its unique move Aqua Step, Quaquaval speed jumps tremendously with each attack, making it a force to be reckoned with if it becomes too fast.

Wrapping up the starter Pokemon is the evolution of the Fire-type starter, Skeledirge. Skeledirge may not be as fast as the other two starters but it certainly makes up for it in its defense and special attack. On top of that, for the first time since Pokemon Black and White, a new Pokemon has emerged with the Fire and Ghost typing, giving Skeledirge amazing coverage while also being able to tank hits when needed. Among all of the starter Pokemon, Skeledirge is by far the strongest.

Moving away from the starters, let’s talk about one of the Titan Pokemon, Dondozo. Being just a Water-type Pokemon may give people the misconception of Dondozo not being strong enough for this list. However, on top of its good attack and defensive stats, when paired with a Tatsugiri, Dondozo gains an immense jump in attack, special attack, and speed, arguably making it one of the strongest Pokemon in the game, period. While, this ability is only triggered in double battles, on its own Dondozo is still a force to be reckoned with.

Introducing new evolutions for past Pokemon, Annihilape is the final evolution of Primeape in Pokemon Scarlet & Violet. Previously a pure Fighting-type Pokemon, this new evolution gives Annihilape an amazing combo of Ghost and Fighting-type, while also giving it a monstrous boost in attack, speed, and special defense. With a proper setup, if Annihilape is allowed to remain on the field for too long, it could single-handedly wipe out an opposing team with ease. This Pokemon should be an utmost priority to defeat at any cost when facing it.

Following up with another unique evolution in Pokemon Scarlet & Violet, the new final evolution for Bisharp is known as Kingambit. Keeping its original Dark and Steel-typing, this new evolution trades Bisharp’s high speed for newfound attack and defense. Unless an opponent uses a Fighting-type move first, Kingambit’s new attack power will allow it to cleave through teams with ease if left unchecked.

Amongst all of the Pokemon so far, it’s safe to say nobody was expecting the final evolution for Gimmighoul, Gholdengo, to make it to the fourth spot on this list. However, looks can be deceiving. While this Pokemon may look like string cheese, it has an overwhelming base 133 special attack, far and above most Pokemon in the franchise. On top of that, with its all good health, defense, and speed stats, Gholdengo can mop a team with ease if someone can’t defeat it first.

Finally down to the top three, our first Paradox Pokemon on the list is the Pokemon Violet exclusive, Iron Valiant. This amazing futuristic fusion between a Gardevoir and Gallade gives birth to one of the strongest Pokemon ever created, dominating all it opposes with its terrifying speed and attack power. If this Pokemon is allowed to set up and give itself more attack power with the move Swords Dance, for example, virtually nothing will be able to stop it. It also has a devastating typing in Fairy and Fighting, allowing it to destroy some troublesome Dragon Pokemon with ease.

Coming at the number two spot is the Pokemon Scarlet exclusive Paradox Salamence Pokemon known as Roaring Moon. This Pokemon falls in the same boat as Iron Valiant where if it’s allowed to set up at all, it can wipe out everything it sees. What’s worse is Roaring Moon can do that even faster, as it has higher attack and speed than Iron Valiant, while also having access to the move Dragon Dance, which increases attack and speed. If Roaring Moon is allowed to use Dragon Dance at least once or twice, it’s safe to say you either won or lost the battle depending on whether he’s on your side or the opposite.

Last but certainly not least, the newest Pseudo-Legendary Pokemon of Generation 9, the Dragon and Ice-type Baxcaliber. Baxcaliber has the highest base stats of any Non-Legendary Pokemon in Pokemon Scarlet & Violet, coming at a grand total of 600. Unlike the other Pokemon before it, Baxcaliber doesn’t need time to set up before destroying all who oppose it, and with powerful typing in Dragon and Ice, it covers its own weaknesses and more. This Pokemon rightfully is classified in its own tier for a good reason, just like other Pseudo-Legendaries before it.

There you have it, these are the top 10 best Pokemon in Pokemon Scarlet & Violet. Be sure to check out some of our other lists like top 10 rare Pokemon, or 8 things to do in the post-game!