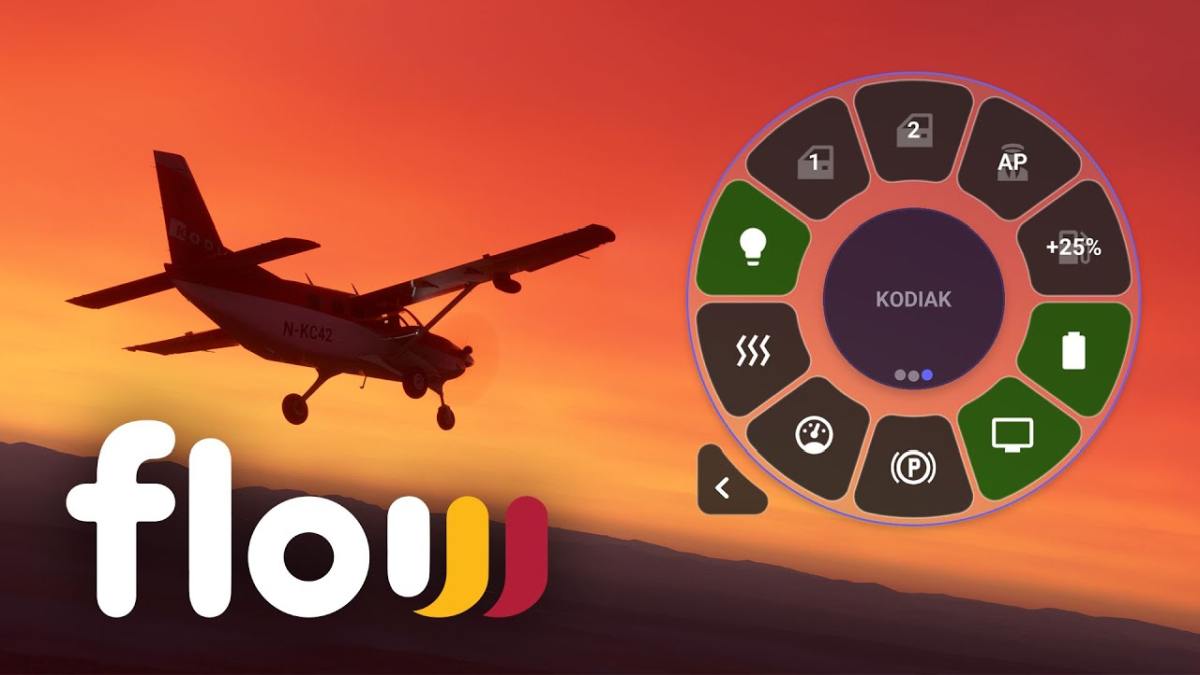 We start with a definitely intriguing add-on from Parallel 42, which has gotten us used to rather inventive creations for the sim.

This time around, they’re working on “Flow” which basically can replace most of the menus of the simulator with a streamlined interface and it even comes with tons of additional features including what appears to be scripting.

While no detailed information on pricing has been shared, we already know it’ll come in standard, “essentials,” and “pro” flavors, likely indicating that there may be different versions for different price points.

Unfortunately, if you watch the trailer below carefully, you will notice that it doesn’t make coffee. That’s definitely a missed opportunity.

Next, is a new look at Impulse Simulations‘ rendition of Canberra International Airport (YSCB) serving the much-ignored capital city of Australia.

The airport should be released very soon.

Skyline Simulations also shared images of the Amazon building currently being worked on for its Cincinnati/Northern Kentucky International Airport (KCVG) in the United States.

We get to see a preview of the VGDS system that will guide our aircraft to the gates.

Microsoft Flight Simulator is currently available for PC (Windows 10 and Steam), and Xbox Series X|S. If you want to read more about it, earlier yesterday we published an extensive interview about the future of the sim.