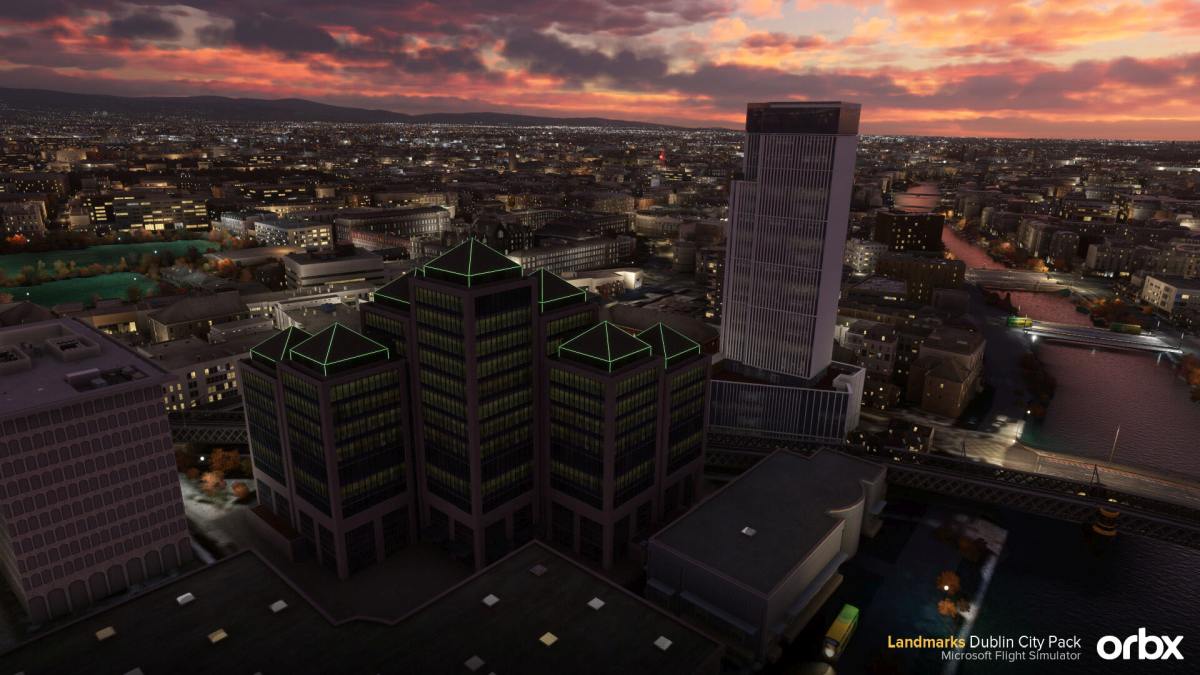 We start with an announcement from Orbx, which is working on a Dublin City Pack featuring the landmarks of Ireland’s capital.

The package includes over 60 points of interest and it even comes with teh Guinness Breweries for the beer lovers among us.

At the moment, no release window was shared, but these city packages are usually announced pretty close to launch.

We also take another look at Cincinnati/Northern Kentucky International Airport (KCVG) in the United States. This follows a long silence from developer Skyline Simulations, which is finally ready to share more about the airport serving the Cincinnati tri-state area.

Considering the relevance of the airport, which hosts many scheduled airline flights, it’s great to see that this is still coming. According to the developer, it’ll be “soon.”

This is also promised as coming “soon.” It’s a smaller airport on the Northern Territory region, but it’s another piece in Australia’s very detailed puzzle in Microsoft Flight Simulator, thanks to a very active community of local developers.