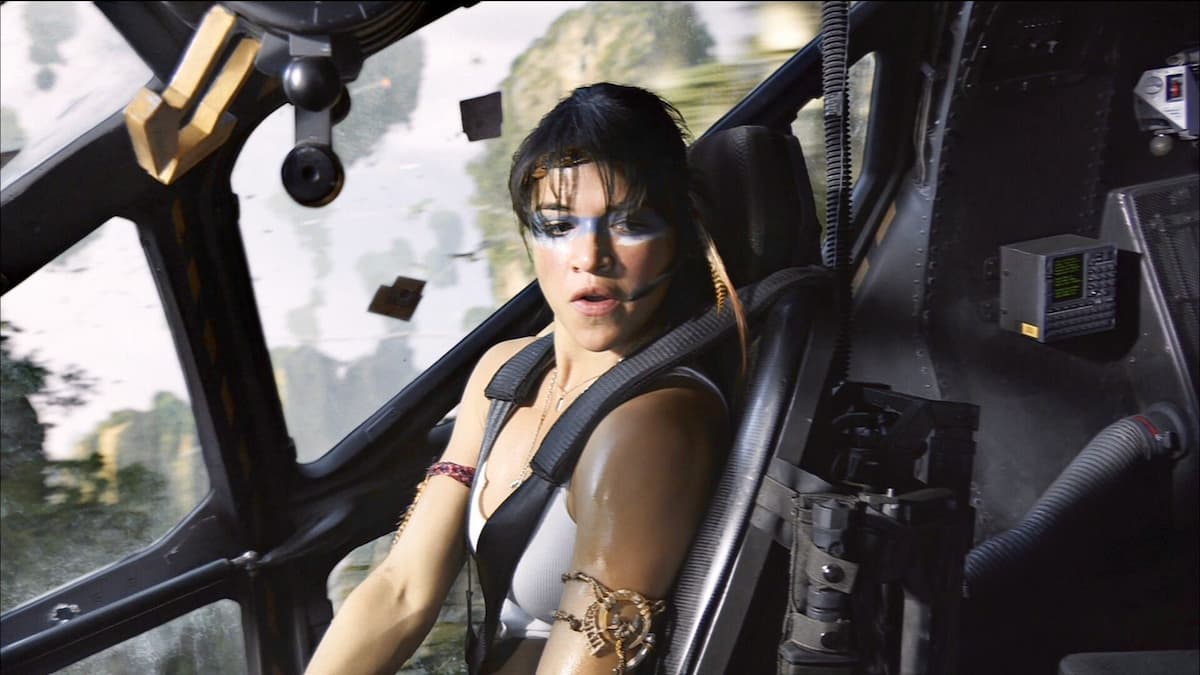 With James Cameron’s sophomore effort in his epic sci-fi franchise making waves right now, it’s fair to say that Avatar: The Way of Water is well and truly on its way to becoming another smash hit for the acclaimed writer-director. While some actors have returned to reprise their roles from the first film, there are quite a few new facts too. For those who’re arrived here, chances are you’re pondering one specific question: Is Michelle Rodriguez in Avatar 2? Fortunately, you’ve come to the right place. So, without further delay, let’s dive in!

Is Trudy Chacon in Avatar 2? Answered

While Michelle Rodriguez played an important role in the first Avatar film as badass pilot Trudy Chacón, her character dies from an explosion after helping Jake (Sam Worthington) escape Quaritch’s (Stephen Lang’s) gunship. As a result, Michelle Rodriguez’s Trudy Chacón is not in Avatar: The Way of Water.

What muddies the waters is the fact that death hasn’t stopped other characters from returning to the franchise, as Sigourney Weaver – whose character Dr. Grace Augustine is killed by a fatal gunshot wound delivered by Colonel Quaritch in the finale of the first film – surprisingly makes an appearance in Avatar 2, but as a different Na’vi character called Kiri.

So, that about wraps things up. We hope this helped to clue you in on whether Michelle Rodriguez is in Avatar: The Way of Water. For more, why not test your Avatar knowledge in our quiz? Or alternatively, feel free to check out our other guides on who plays Spider?, what is Spider’s real name?, or why are Tulkuns being hunted?