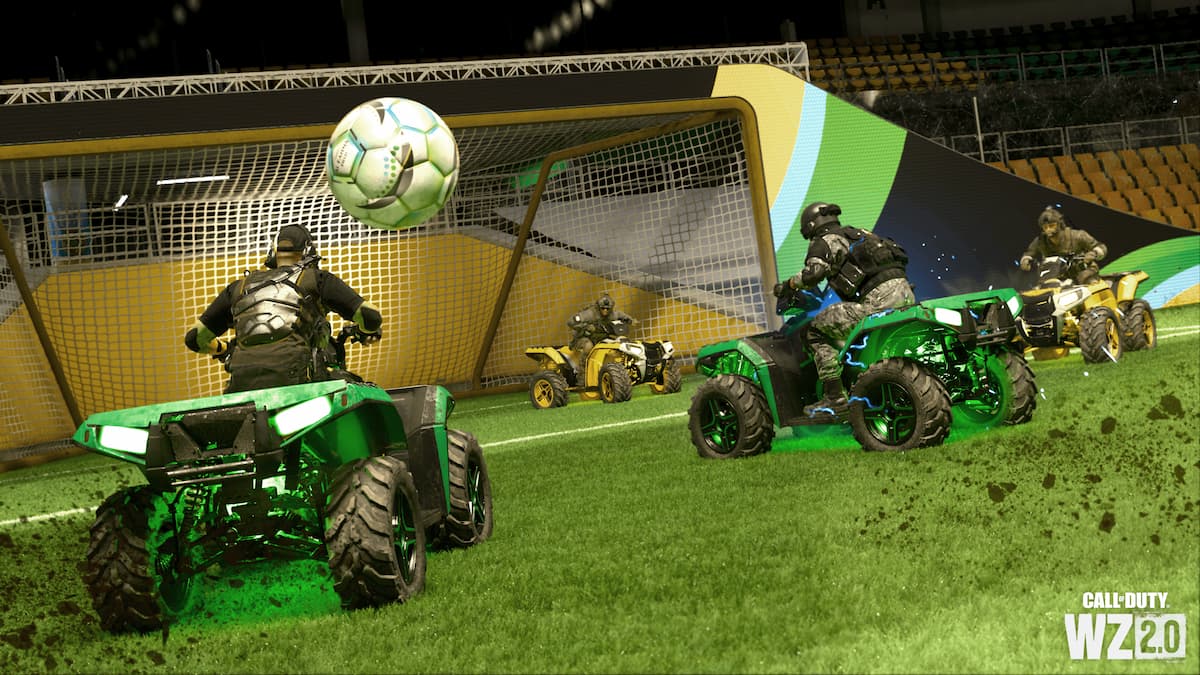 Infinity Ward has officially released the Season 1 Reloaded patch notes for Call of Duty Modern Warfare 2 and Warzone 2, featuring a Warzone Cup, the return of the Shipment map, Raid episodes, and bug fixes.

The Warzone Cup is a Limited-Time Mode that brings football/soccer festivities to the world of Call of Duty. Two teams of three Operators will be tested on the Al Easima Field, where they will battle it out with ATVs to drive a gigantic football into the goal. While playing the game, you can temporarily slow down enemies with Shock Sticks or brutally ram them down with your vehicle.

To win the match, players must work together to score five goals or get as many shots as possible until the five-minute time limit ends. Besides the Warzone Cup, you can participate in the 2XP Weekend to boost your ranks in Warzone 2 and Modern Warfare 2. Here are the dates for this event:

The Season 1 Reloaded patch notes also provide details about the resurgence of the Shipment map, a previous location from Modern Warfare (2007). However, this fan-favorite area will now be re-imagined into a 6v6 map upon the launch of Season 1 Reloaded. In addition, players can check out The Naughty List playlist for a holiday-themed Shipment on Dec. 21 – Jan. 4.

Next, we have the release of Raid episodes, a new PvE mode of Call of Duty. In these missions, you’ll dive into a thrilling narrative with each season as a three-person team, including puzzles and intense combat trials.

Those who want to access the Raid must acquire a Raid Assignment by either completing a Daily Challenge in Multiplayer or Special Ops, placing in the top 20 in Warzone 2 Battle Royale Playlist, or using the final exfil helicopter with at least $30,000 in DMZ.

Keep in mind that Raid Assignments last a week, so be sure to use them while you can. Moreover, only one player needs this item to access this mode, but they’ll need to build a team first.

Lastly, the Call of Duty Warzone 2 and Modern Warfare 2 Season 1 Reloaded patch notes listed various bug fixes, such as glitches with party invites, camera positions, and upgraded Weapon Balance. You can check out the Call of Duty official website for a complete overview of these features.