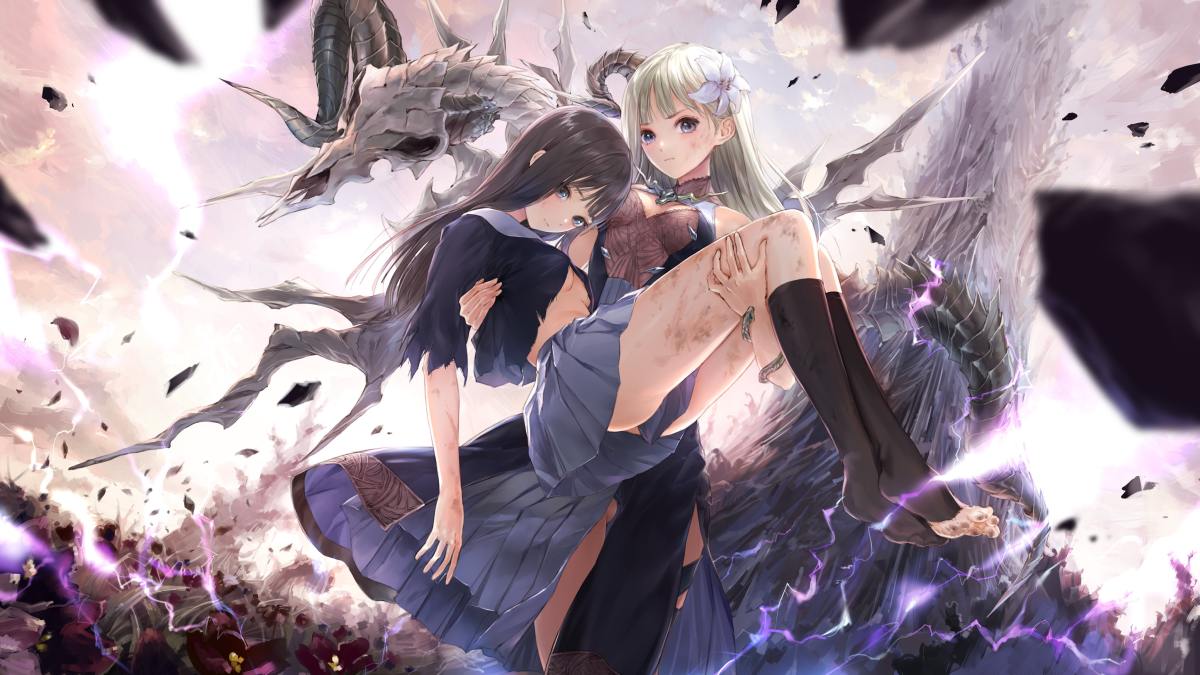 We get o see the girls, a couple of narrative moments including the male protagonist, the menu (which appears to have a selectable girl that will be displayed, as it’s usual for this kind of game), the list of characters you have, and battle scenes.

The developers also launched a closed beta today in Japan that lets players play up to chapter 3. Character progression and the gacha mechanic are also available. The beta will continue until December 9.

If you’re not familiar with Blue Reflection Sun, the game was announced over a year ago in March 2021, and then pretty much went under the radar for a while. It was then re-revealed a few weeks ago.

At the moment, there is no release date for Japan and no information on whether the game will be released in the west or localized in English. We’ll have to wait and see on this one.

The game will be a free-to-play “heroic JRPG” with the usual optional microtransactions (which means the traditional gacha), releasing at some point in the future for PC (likely via the DMM client), iOS, and Android.

It also features the very first male protagonist of the series, surrounded by ladies (of course, unlocked by gacha) who have been mutated by the “Ash,” manifesting supernatural abilities. They unlock their true power by transforming and they’re designed by acclaimed Blue Reflection artist Mel Kishida, whom you may also know for his work on several games of the Atelier series.