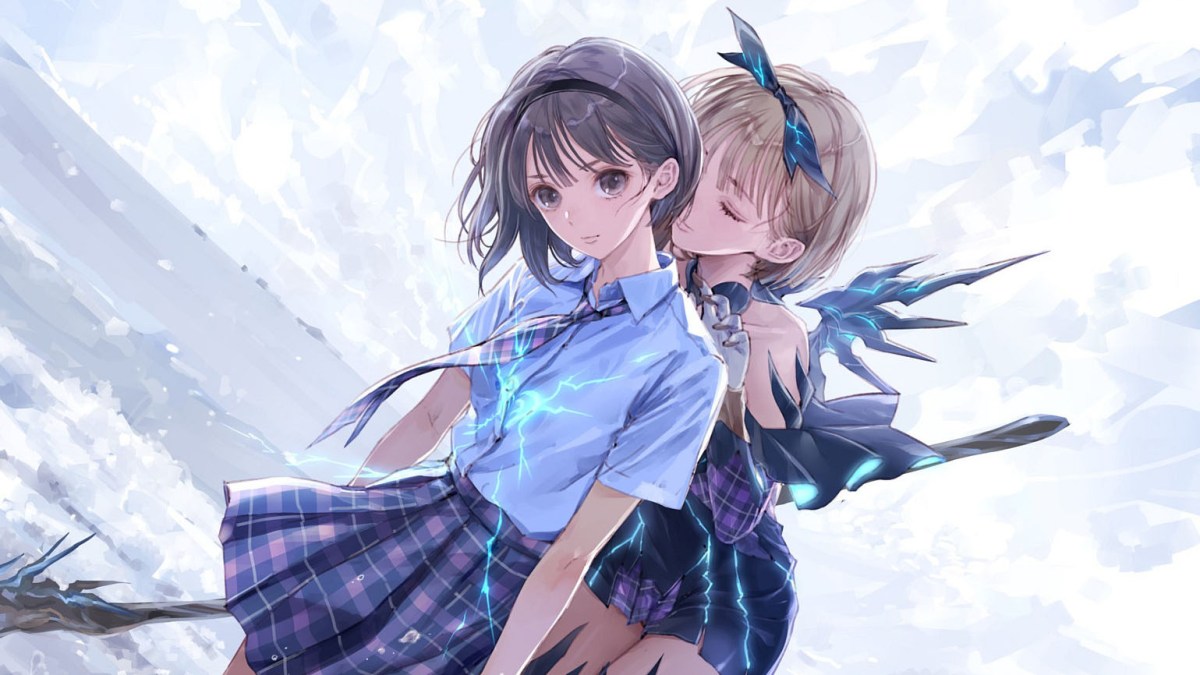 Mel Kishida is a well-known artist among fans of JRPGs by Gust, having worked on Blue Reflection and the Atelier Arland series.

Of course, his work ranges far beyond games, including anime like the popular slice-of-life series Hanasaku Iroha and novels like Red Data Girl and Heaven’s Memo Pad.

With the upcoming release of Blue Reflection: Second Light, we’re soon going to be able to enjoy his work once more.

Twinfinite sat down with Kishida-sensei for an interesting chat about his work and his approach to creating the characters we know and love.

Giuseppe Nelva: At least in the west, you’re likely most known for your character designs done for the Atelier series, which means that you’re often perceived as a fantasy artist. Yet, you’ve also worked on a lot on characters in modern settings like the Blue Reflection series or even slice-of-life like the anime Hanasaku Iroha. Do you have a setting preference, and do you approach them any differently?

Mel Kishida: Indeed, a lot of the work I’m commissioned is pretty much fantasy or slice-of-life, and both are fun to work on, but if you’re asking what I do in my own time, I’m often leaning toward modern settings, representing people in current times.

I do have a different approach depending on the setting. Even if you look at fantasy, the Atelier series is one kind of fantasy, but other works I was requested to do are different kinds of fantasy. It really depends on what I am asked to work on.

For example, with Atelier, a lot of it is bright colors and glittery. You look at it and it makes you feel happy. That matches Atelier and the Gust feel, and that influences the kind of feel that I seek in my illustrations for the series.

Giuseppe Nelva: At least in the field of video games, you’ve been associated mostly with Gust, which, as you said, usually has this cheerful and bright style. I was wondering, even considering that Gust has been exploring new IPs, would you be interested in working on games that are perhaps darker or have a different tone from what we’ve seen so far?

Mel Kishida: Blue Reflection and Atelier games are different in their approach. Even if they do have the bright style in common, there are key differences between the two series.

Being able to work on both has been a new and fun experience. In terms of illustrations, I’ve done a lot more for the Atelier series, but in terms of being involved from the beginning of production, even beyond art, that happened more with Blue Reflection. I think that, even if my involvement took different forms, I’ve been able to employ more or less the same amount of energy on both series.

Giuseppe Nelva: In Blue Reflection we find a quite common trope in Japanese animation and games, which is transforming characters. We saw it many times in productions like Sailor Moon and many, many more. How do you approach designing characters who transform, making them still recognizable but more flashy and cool perhaps?

Mel Kishida: Especially in the first game, the transformation was something that was mostly wanted by the producer. We wanted to portray the school life, the interactions among the characters, and the fact that they grow together with very nice visuals.

We aimed to follow certain atmospheric elements of Japanese live-action movies. Anime is usually not as realistic, and we wanted to go with a more realistic feel. That being said, we felt that having just that wouldn’t be as appealing as a game. To facilitate that, we needed something catchy. That’s when we thought about having the girls transform and fight.

Many Japanese people are familiar with transforming characters. It’s almost engraved into our culture by now, whether they are girls or guys. Sailor Moon is, as you said, one of the most well-known, and there are many more. Yet, we tried to differentiate ourselves.

We thought about our own way of showing that, and that’s how we approached the first game. Since this is a sequel, the characters do transform in Second Light as well, but we didn’t want to make it exactly the same as in the first game, as it wouldn’t be as interesting for the player. We wanted to be able to put in a bit more action elements into the fights.

In the original Blue Reflection, the style is a bit more glittery, but in Second Light we wanted to go with outfits that look cooler as opposed to cute. That’s one of the big differences between the two games.

Giuseppe Nelva: speaking with a few artists, a fairly common element I heard is that they find school settings a bit challenging to design characters for. They’re usually in the same age range and wear the same uniforms all the time, so extra efforts have to be made to differentiate them. Is this a challenge that you’ve faced as well with Blue Reflection, and is the fact that many of the girls in Second Light wear different uniforms helpful?

Mel Kishida: In Blue Reflection: Second Light basically every girl has a different uniform and some of the characters are from different titles as well. On top of that, the uniforms are also based on different seasons. I do believe that did make things a lot easier. We didn’t have to pay specific attention to make the characters more different than what they needed to be, as they’re already different to begin with.

In the first game, the girls all went to the same school so they did all wear the same uniforms. We did have to do a lot of thinking about the way they looked, their different body types, and even the way they wore their uniform to make sure that we could tell them apart. That was indeed a bit of a challenge.

Giuseppe: Your work in video games has pretty much all been released in the west, so I guess you’re likely used to having your art appreciated worldwide. That being said, how does that make you feel? Also, do you have a message to share with your western fans, who don’t get to hear directly from you as often as the Japanese public?

Mel Kishida: Hearing that makes me really happy. I’m based in Japan and I’ve not really worked outside of my country, so a lot of the feedback from overseas doesn’t quite reach me. Being able to hear it through the media, that people appreciate my work, is new to me, and I’m glad that my art is being seen by people that live so far away. It really makes me feel very happy and honored.

To the fans, I’d like to say that I really appreciate everyone who likes my work and I hope that you’ll be able to enjoy my illustrations and the games I work on. It makes me really happy and I hope you’ll keep enjoying them in the future.