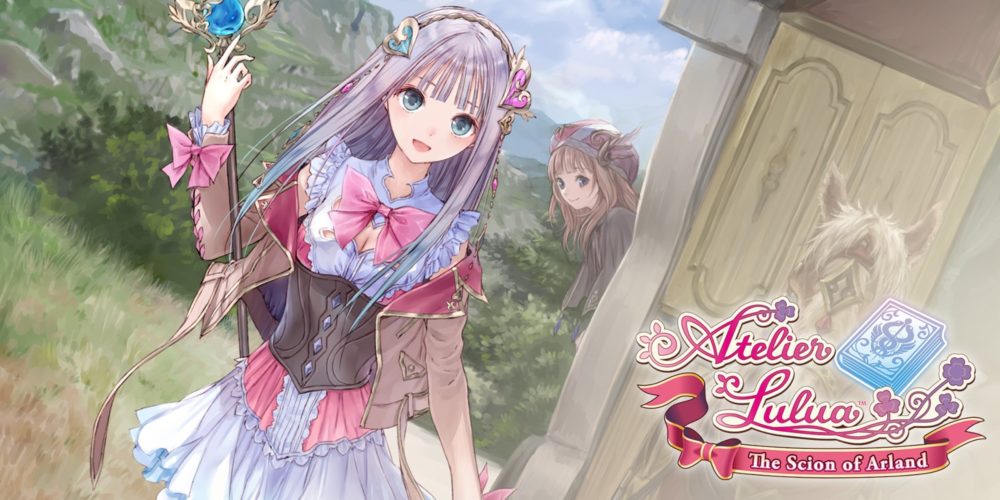 Atelier Lulua: The Scion of Arland on PlayStation 4

When it comes to JRPGs, there are plenty of titles that have elements which make them great but can’t shine due to flaws carried over from their series or genre. Atelier Lulua: The Scion of Arland is, for better and worse, one of those titles.

Set in the land of Arland, the game places players in the role of Elmurulia Frixell, aka Lulua, an aspiring alchemist and the daughter of former series protagonist Rorolina Frixell.

Though she dreams of one day surpassing her mother in alchemical skill, Lulua finds her progress slow until one day when a mysterious tome called the Alchemyriddle appears to her from the sky.

Contained within it are a wealth of alchemical recipes and secrets, though it isn’t long before she realizes they’re only visible to her and seem to appear just when she needs them.

As such, she decides to use this tome to her advantage, improving her skills at an exponential rate as she travels the world alongside her motley crew of monster-battling companions.

Little do she or her party members know, however, that this serves a hidden purpose, and that her growth could be the secret to preventing a dire future calamity.

It’s a decent enough setup, and it provides a good reason to return to the world and characters developed in the previous Atelier titles set in Arland.

Old fans of the series will feel right at home in the former setting, while newcomers will be able to enjoy the new narrative and characters without feeling clueless to what’s going on in too many instances.

Speaking of which, the new characters introduced are serviceable enough as a main cast. Each party member, from Lulua and her master Piana to the aspiring swordsman Aurel and the illusionist Ficus, feel like organic members of the setting and its mythos.

This is thanks in large part to optional dialogue and interactions scattered throughout the game. As players progress through the story, optional character interactions will open up for them to view in different areas.

Some are minor, like a joke exchange between Lulua and her friend Eva over how luckless their town’s orphanage director is, while others tie into some of the dark backstories characters are still coming to grips with.

Regardless, all of them are a great bonus for those who want to know more about the cast they’ll be spending hours upon hours with.

Unfortunately, none of them stand out as iconic or unforgettable. This is mainly due to their personalities and character writing leaning heavily into JRPG character tropes, with almost every party member fitting into pre-established molds and concepts.

Sure, it’s entertaining to see Lulua act like a care-free, over-confident hero, or to see Aurel be an uptight worrywart pursuing his dream.

But it’s hard not to compare them to the dozens of other characters who have been the same way throughout the series, let alone in other JRPGs throughout the years.

The gameplay finds itself in much the same boat. Like past titles, Atelier Lulua players will find the bulk of their time split between two key gameplay loops.

One is exploration and battles. Like in any other JRPG, the player and their party make their way through the world to fight enemies in turn-based battles, explore dungeons and complete quests for rewards or to advance the plot.

Though most of this is pretty standard fare for the genre, the combat does offer a surprising amount of depth thanks to its positioning and support mechanics.

By placing certain characters behind or near one another, the player can initiate devastating combos and buffs that enhance their initial attacks and skills used against enemies.

These, in turn, can knock back or stun enemies, giving players more time to attack and land hits before having to endure damage from enemy attacks. It’s a small touch, but one which keeps the combat fresh well into the later parts of the game.

The other is the series’ trademark gathering, alchemy and synthesis systems. As they progress through the game, players will find themselves in need of better items and equipment to advance, all of which must be synthesized with the necessary materials.

These can be gained by harvesting from key points scattered throughout the world, as well as by killing enemies and harvesting resources from them.

Once enough materials are on hand, players can then synthesize the necessary items, making bigger and better items based on the traits of the materials obtained, their initial quality and the materials they’re mixed with.

It can be a little overwhelming at first, but after enough time spent grinding and learning about each mechanic, it’s easy enough to get a handle on.

This does, however, tie into one of the game’s main drawbacks. In either gameplay loop, players will hit points where they need to grind, either for the experience or for materials to conduct alchemy.

In almost every case, this can feel like the game’s runtime being padded out unnecessarily and can break the flow of an otherwise fun and engaging play session.

Again, it’s nothing new for the series or JRPGs in general, but given how fun the systems and mechanics are in Atelier Lulua otherwise, it’s disappointing these elements weren’t downplayed some to better utilize what makes the title stand out.

As for the music and visuals, both are serviceable enough to add to the experience, though neither really stands out from what fans have come to expect from the series.

Atelier Lulua: The Scion of Arland has plenty going for it. It’s got an interesting story that longtime fans will love, and its gameplay will keep JRPG fans satisfied well into the late hours of its run.

Like so many other titles from the genre though, it’s held back by long-held conventions that work against it, and keep it from being something better than just another entry in the Atelier series.