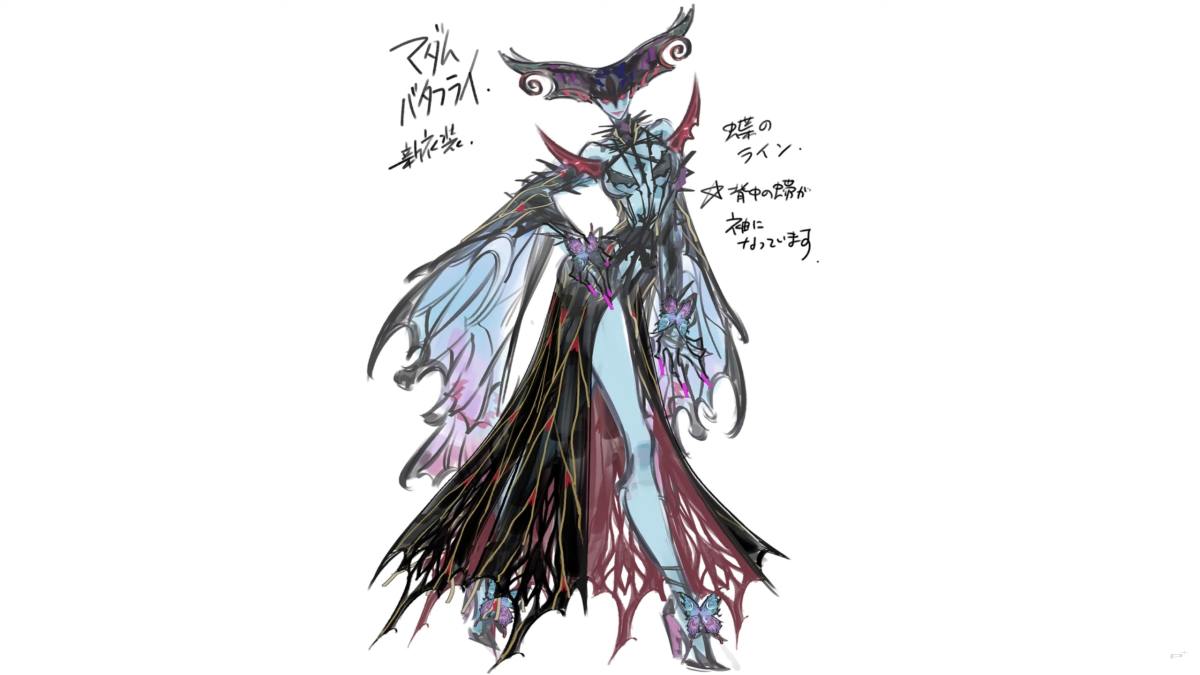 Today PlatyinumGames released a video and a blog post by its artists focusing on the game’s artwork.

The focus is on monster design, and we get to see art by character designer Mari Shimazaki and more art presented by character modeler Tsuyoshi Takahashi.

Shimazaki-san redesigned Madame Butterfly, Bayonetta’s contracted demon, who has been around since the first game, so it’s nice to see how her design changed.

We also get to see several monsters, some returning from previous games, while others are completely new.

Incidentally, Shimazaki-san mentioned that there was a desire to improve Madame Butterfly’s details, so she decided to design a completely new outfit for her. She wanted to create a “goth-metal atmosphere”

She also explained that she wanted to make sure to underline the fact that Madame Butterfly is a martial artist, so she designed her legs to show that, and she was very happy that the modeler did a great job at sculpting that part. She is also very happy with how the makeup was designed.

You can check out all the artwork below.

The game was originally announced all the way back in the fall of 2017, which means it’ll finally release a whopping five years after its reveal.

If you want to see more, you can enjoy the latest trailer and gameplay, another one, and one further promotional video, on top of a look at the art created for the game.