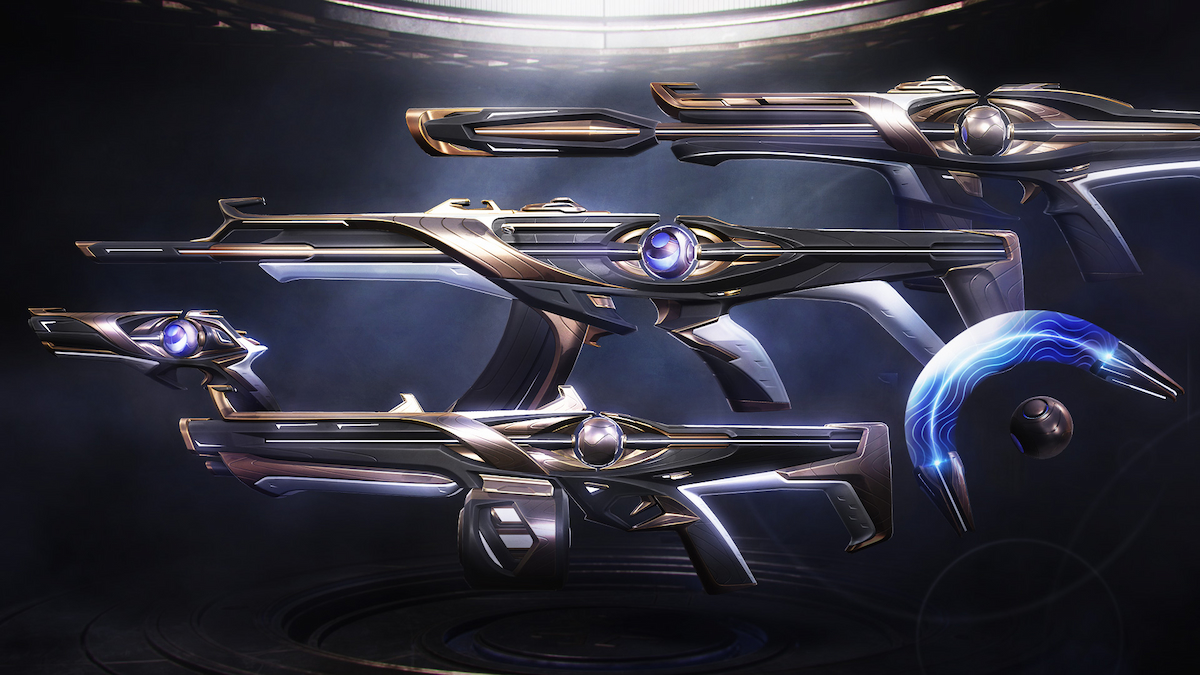 Riot Games is back with another skin bundle, and this time around it’s a special one — the Daedalus design that was first leaked a few months ago. It’s now renamed ‘ChronoVoid’ and has today been revealed in full, featuring a very cool magic-tech vibe reminiscent of League of Legends. The bundle is an XE tier, replete with custom animations, kill banners, finishers, and everything you’d expect from the most expensive bundles in the game.

Stefan Jevremovic, art lead at Riot Games, explains some of the design imperatives the team had for Daedalus in a press release sent to Twinfinite:

“The goal was to create a sci-fi weapon with a unique experience. We wanted to show something that could be considered technologically advanced yet luxurious. Inspired by the story of Daedalus and the Minotaur’s Labyrinth, the idea was to convey a sense of mystery and power, and of holding a forbidden piece of treasure. We wanted to make a weapon that represented a relic of ancient powers.”

How Much Valorant ChronoVoid Costs

The new ChronoVoid bundle is the XE tier, which comes in at a pricey 8700 VP or roughly $90. It’s the same price as the Eldeflame and Spectrum bundles, which are among the most expensive in the game.

Each weapon has four different levels of upgrades, with each introducing features such as a custom inspect animation, visual effects, audio, kill banner, reload animations, and a finisher. There are three different color variants: Green, Red, and Black.

You can check out a new trailer revealing the bundle in all its glory below. One interesting thing to note is that the narrator is rumored to be that of the upcoming new Agent, Mage, who also obviously has a magical theme to their design. We’ll have to wait and see whether this is the case moving forward.

What Is the ChronoVoid Release Date? Answered

The ChronoVoid bundle is set to launch later this week, Sept. 21, which is a Thursday. You should see a countdown on the store as the Kohaku and Matsuba bundle finish up, and the ChronoVoid will become immediately available after that.

In related news, Riot Games revealed its plans for Valorant esports next year, with 2023 kicking off with the biggest tournament the game has seen to date. All 30 of the partnered Valorant teams will be in attendance. Also, keep your eyes peeled for the Night Market coming later this month — more details here.