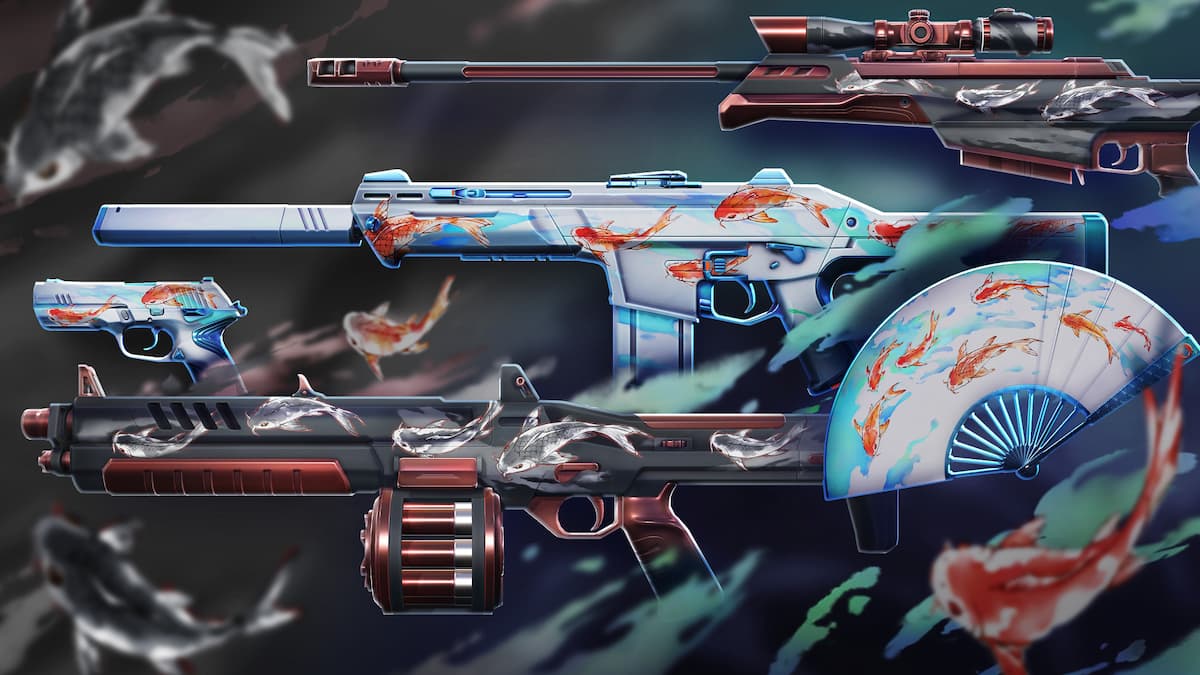 Another Valorant patch, another new weapon skin bundle to go along with it. Called the Kohaku & Matsuba bundle, the weapons have an aquatic theme somewhat reminiscent of the golden carp you might expect to see in the pond of a Japanese garden. To go along with the calming zen of its design is a cooling fan, which comes in several different colors.

Riot Games has today showcased the bundle with various images and some short video clips revealing the melee animation.

As you can see from the bundle image above, the Kohaku & Matsuba bundle features the following weapons:

The price of the bundle hasn’t yet been revealed, but given that it doesn’t appear to feature any unique animations, kill banners or special SFX, we’re going to assume it’s the Deluxe Tier. These are the skins with the green rhombus, which cost 1275 VP ($16) per individual skin or 5,100 ($62) per bundle. Of course, we’ll have to wait for official confirmation yet.

The Kohaku & Matsuba are set to launch tomorrow when the new patch deploys. Patch 5.05 is just a small one, making the following minor changes to the game:

Part of the reason Patch 5.05 is so small is because Valorant is in the midst of its major esports tournament, Champions, which continues more or less for the remainder of this month. You can read about why it’s so important here, and don’t forget there are free Twitch/YouTube drops to earn as you watch — more information can be found here.