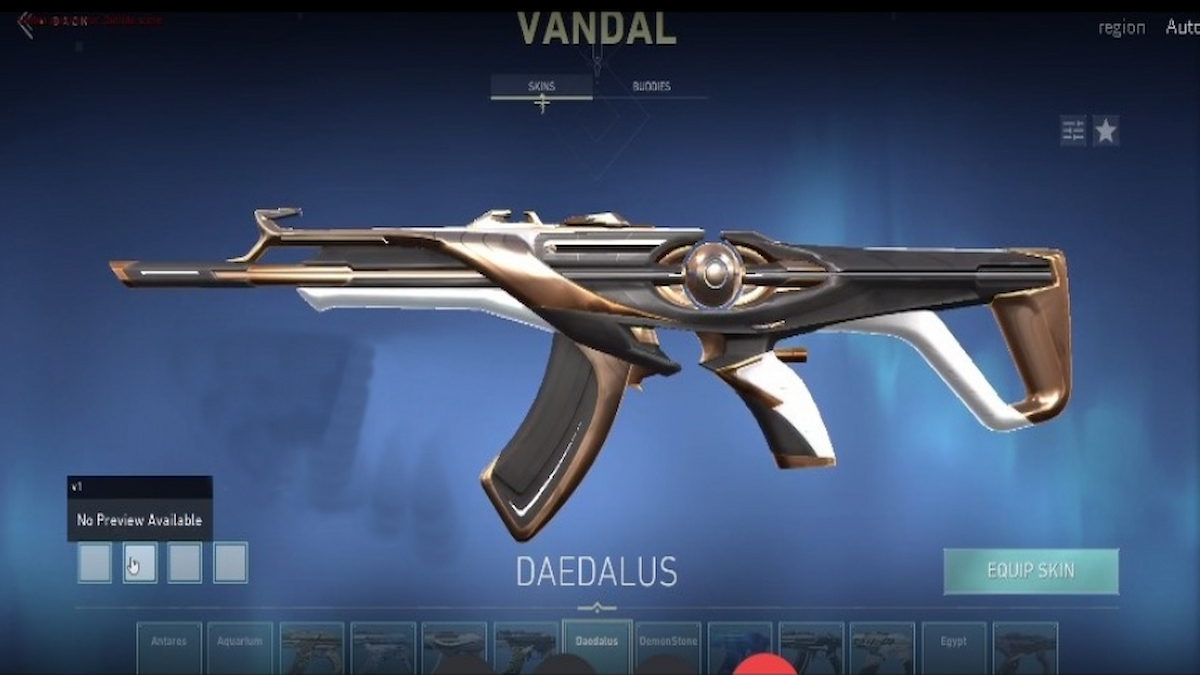 Even monkeys fall from trees, so they say, and indeed it appears as though Riot Games has accidentally confirmed something it probably intended to keep secret a while longer; namely, the next weapon skin bundle to follow Reaver 2.0. Called Daedalus, it’s a design that was actually leaked a few months ago by well-known leaker XTR and is a skin that is apparently as old as the game’s beta. It’s now set to become the newest skin line in just a couple of weeks’ time.

Accidentally posted images from Riot Games over on its Twitter channel mention Daedalus by name, which is the first official confirmation we’ve had following the aforementioned leaks earlier this year. The Tweet has since been deleted, but you can see the image below that was included.

As mentioned previously, the Deadalus skin was originally leaked by XTR. You can see a picture of it below.

At this stage, we’ve no idea what tier of skins Daedalus is. It’s unclear as to whether it’s a premium skin bundle such as the Reaver 2.0 or if it’s a lesser tier that doesn’t have upgrades. Given that the Titanmail and Sarmad were both entry-level skins without any upgrades then it’s entirely possible the Daedalus is the same. We’ll just have to wait and see.