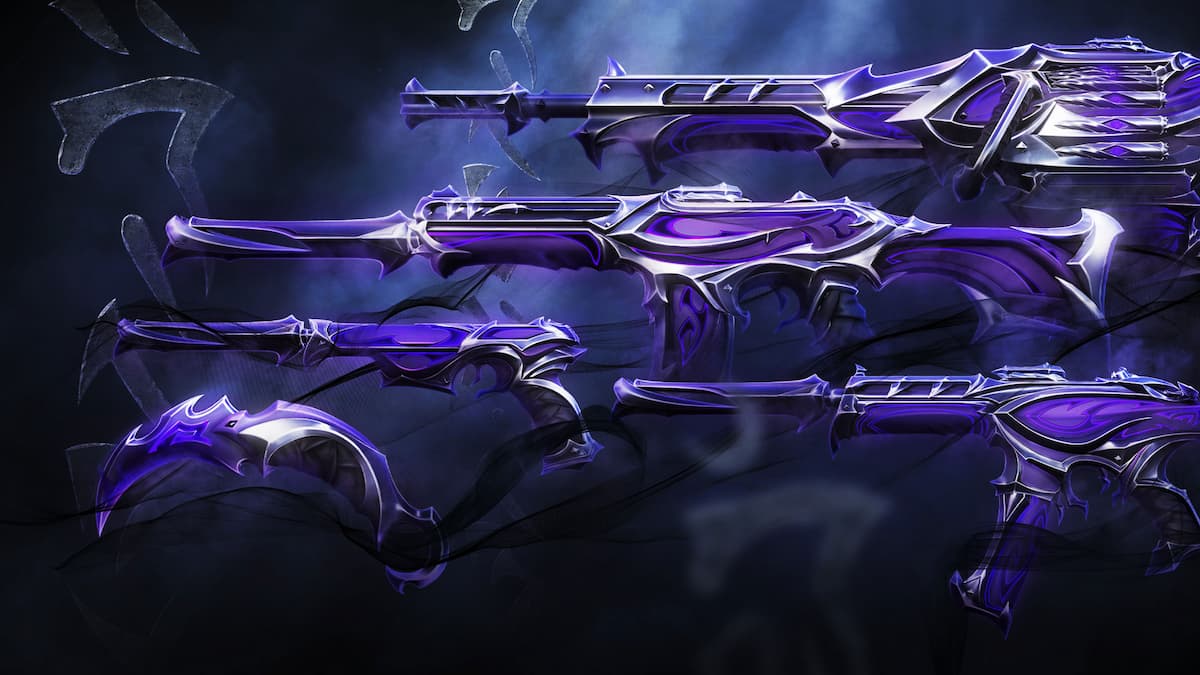 One of Valorant’s most anticipated bundles ever is only hours away from hitting the storefront, and just when you thought you couldn’t be any more hyped Riot Games has unveiled a new trailer. If you’ve been sifting through the various images and videos online then you’ll be familiar with the design already, but there’s nothing quite like a Riot Games trailer to up dial up the excitement.

Ready for something wicked? pic.twitter.com/j54c6Hzyqb

In case you aren’t up to speed, and as previously reported by Twinfinite, the Reaver 2.0 bundle contains the following weapons:

Just as was the case with the original Reaver bundle, the Reaver 2.0 is a Premium Edition Tier Bundle, which typically costs 7100 VP (approx $70). Of course, you can purchase each skin separately for 1775 VP.

You can read about the development of the original Reaver bundle and its successor in an interesting blog by Riot Games here. If you haven’t yet the Patch 5.03 notes, which introduce a much-requested nerf to Chamber, you can do so here.