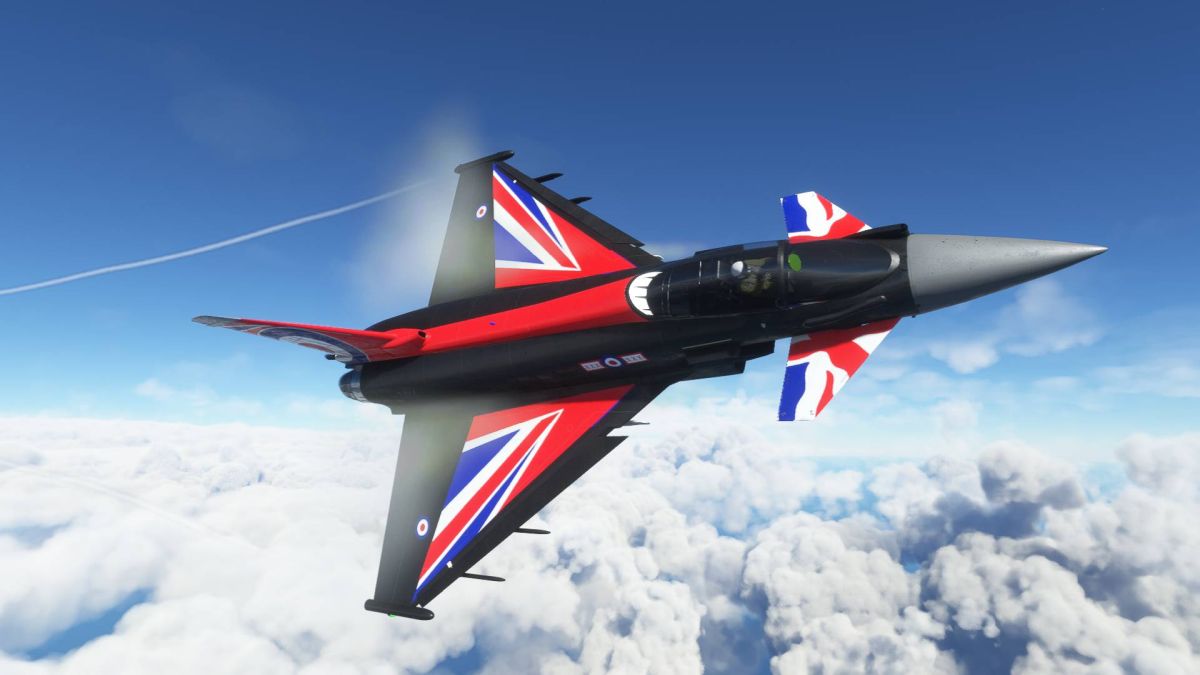 Microsoft Flight Simulator developers keep releasing new assets and add-ons for the popular sim, and today is no exception.

We start with CJ Simulations which released new screenshots of the Eurofighter Typhoon via the product page on Just Flight’s store.

While a release date has not been shared, we now know that it’ll cost $34.99 and include the following features.

The Typhoon has been coded with Microsoft Flight Simulator native ‘Model Behaviors’ animations and built to MSFS operational specifications to minimise issues with future simulator upgrades.

The CJ Simulations Typhoon is fully compliant with MSFS native materials and makes use of the new simulator’s features such as rain effects and sounds, fully reflective glass, native aerodynamic sound structures, the new ‘Modern’ aerodynamics system and customised visibility controls for wheel chocks and covers.

Other features include authentic night lighting which includes user-operated ‘slime lights’ for combat operations and custom-coded animations for flaperons and slats based on aircraft airspeed and angle of attack.

Numerous external animations include canopy, crew ladder, tail hook and all control surfaces, along with a customised delta and canard flight model based on real-world data for the Typhoon.

The Typhoon is also fully compliant with Virtual Reality headsets.

Next, we take a look at the freeware Boeing 737-800 thanks to an extensive trailer, while the developer promises a bigger update coming soon.

We then get the release of  Lanyu Airport (RCNY) serving Orchid Island in Taiwan by FS Formosa.

You can purchase the airport on Simmarket for $10.80 plus applicable VAT.

The terminal’s interior has been added alongside several other details, basically addressing most of the (few) flaws mentioned in my review.

Thanks to the update, it has become one of the best international airports on the market. Below you can see a gallery and a list of changes.