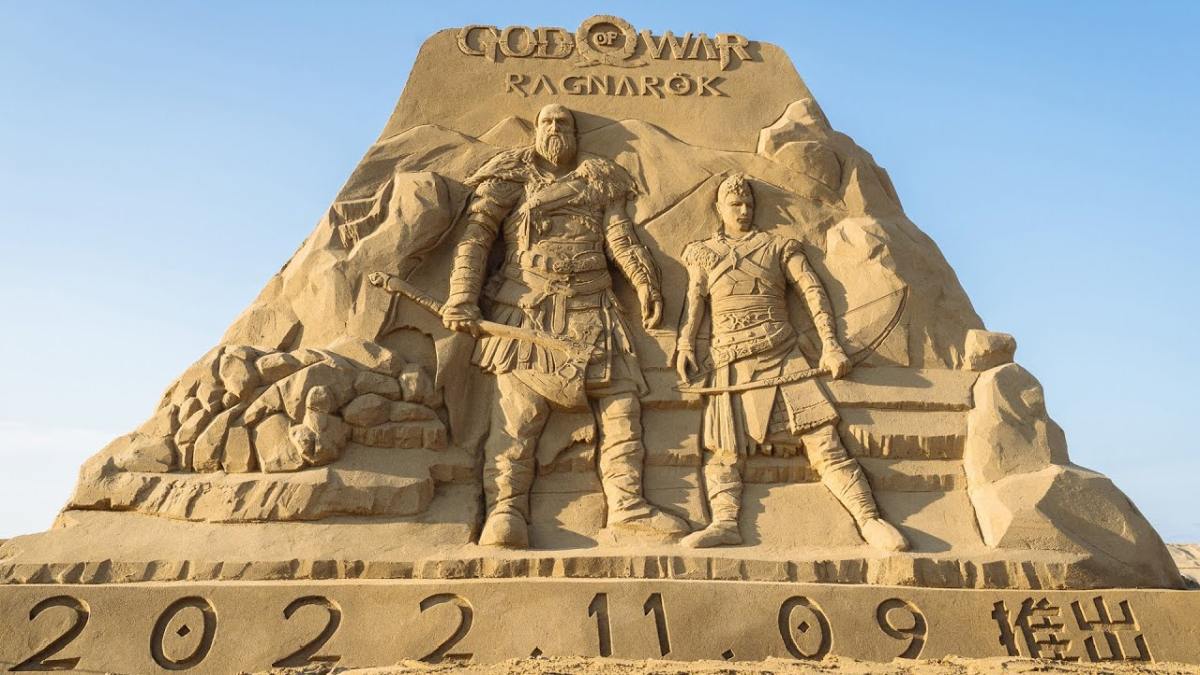 A few days ago, the Taiwanese arm of Sony Interactive Entertainment revealed a spectacular sand sculpture dedicated to God of War Ragnarok. Today, they followed up with a video.

The video showcases how the statue was created from the sands of Fulong Beach, in the New Taipei City municipality, about 40 km from downtown Taipei in Taiwan.

The statue showcases Kratos and Atreus reproducing the cover art of the game, alongside the release date, and it appears to be rather large.

It’s being exhibited as part of the 2022 edition of the Fulong International Sand Sculpture Arts Festival.

If you happen to drop by Taiwan over the next few months, it will be on show until the festival ends on October 10, acting as a reminder that the game is just around the corner.

If you’d like to see more about the game, you can check out the special editions and enjoy the latest cinematic trailer.