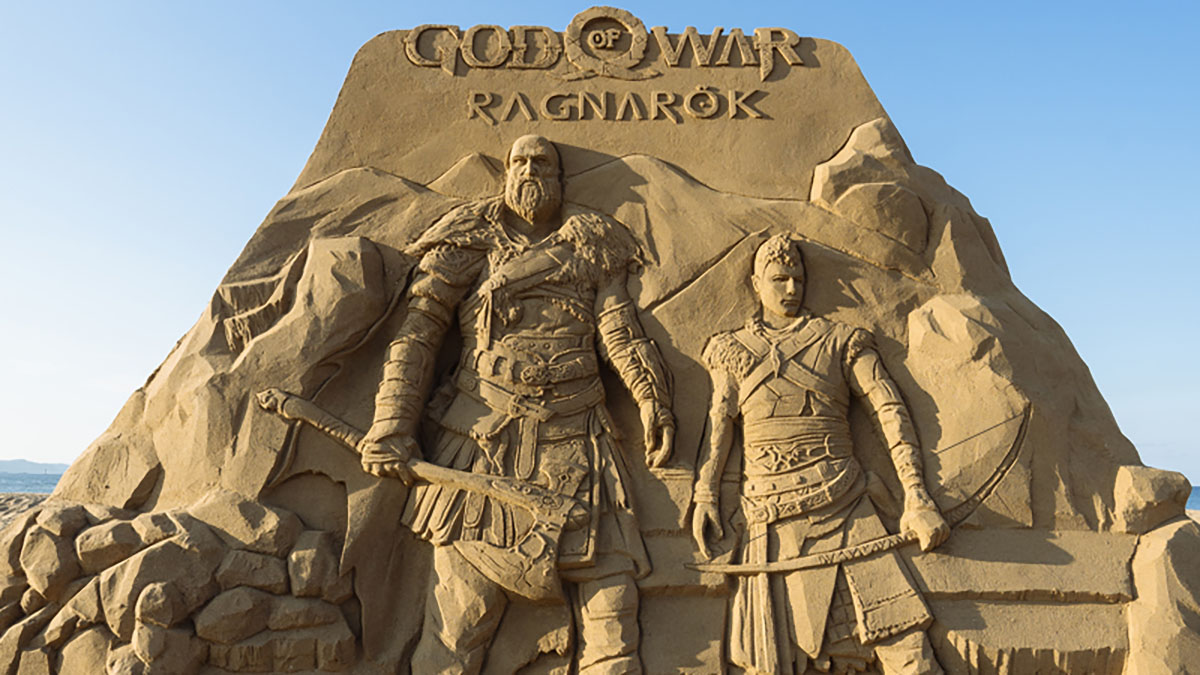 God of War Ragnarok is releasing fairly soon, and the Taiwanese arm of Sony Interactive Entertainment found a rather original way to celebrate.

With the upcoming new adventure of Kratos and Atreus coming in November, a massive sand sculpture portraying them is being exhibited at the 2022 Fulong International Sand Sculpture Arts Festival.

The statue will be on show until the festival ends on October 10, acting as a reminder that the game is just around the corner.

As the name implies, the event is a popular annual festival focusing on beautiful sand sculptures held on Fulong Beach, in the New Taipei City municipality, about 40 km from downtown Taipei.

It’s fairly common for the sculptures showcased at the festival to be inspired by pop culture, with movies (especially Disney movies, which are very popular in the island country) being a common theme for the artists.

You can check the God of War Ragnarok sculpture out below, in a tweet from the official PlayStation Taiwan account.

If you’d like to see more about the game, you can check out the special editions and enjoy the latest cinematic trailer.