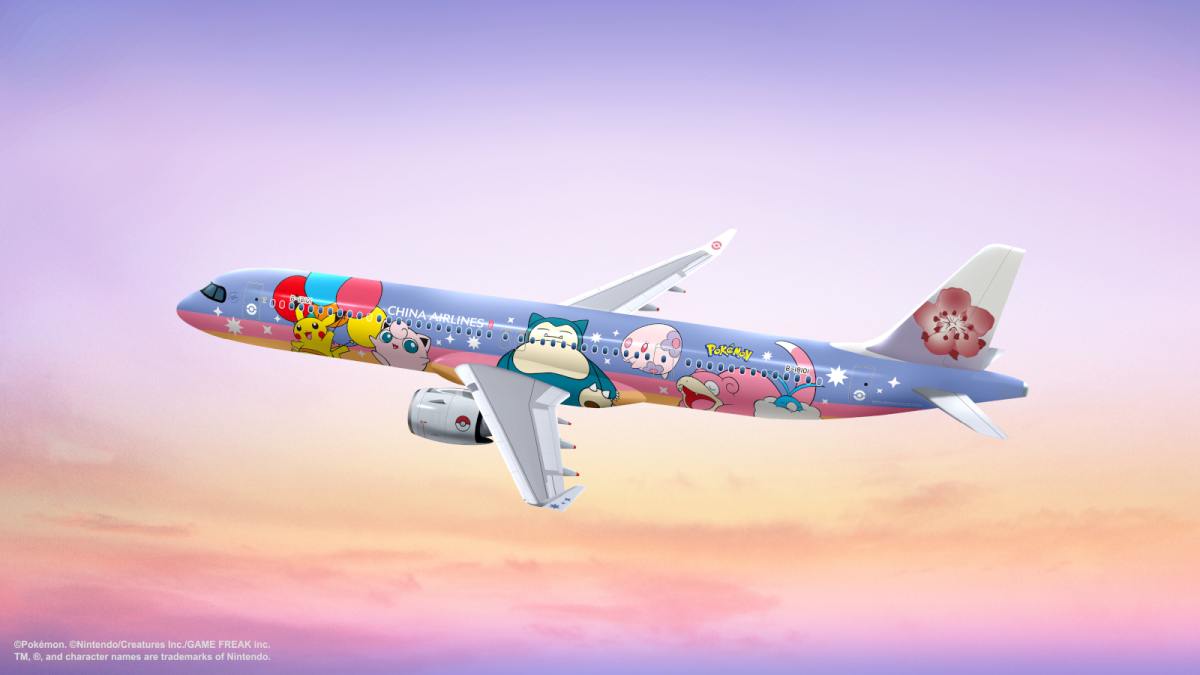 The trend of the Pikachu Jets dedicated to the Pokemon franchise is seeing a resurgence in Asia, and today a new one has been announced.

The new Airliner was revealed by The Pokemon Company in partnership with Taiwan’s state-owned flag carrier China Airlines.

Interestingly, this is a brand new airframe (it was delivered in November 2021) that has been flying from Taipei to various destinations in Asia like Hong Kong, Manila, Phnom Penh, and Yangon.

It portrays a variety of Pokemon including Pikachu himself, Jigglypuff, Snorlax, Slowpoke, Munna, Swablu, and Shaymin (thanks Rebecca Stone for the expertise).

Below you can see what it looks like and read an official description. Since it mentions “eleven Pokemon,” it’s likely that the other side is different, but it hasn’t been revealed yet. Shaymin is the only one mentioned that isn’t visible for now.

“The purple background, sprinkled with twinkling stars, evokes the pre-dawn sky. Eleven Pokémon, including Pikachu, Shaymin, and Snorlax, are depicted on the fuselage, happily watching over everyone’s flight. Check out how cute they look as they sleep the night away!”

Like other Pikachu Jets, this is part of the Pokemon Air Adventures project, born to promote traveling and convey a sense of adventure as the COVID-19 pandemic winds down.

The trend of the “Pikachu Jets” started all the way back in 1998 when ANA dedicated the first three of its aircraft to the franchise, a Boeing 747 and two 767. More followed culminating with perhaps the most famous 747 which was painted with Pikachu’s bright yellow in 2004.

Many around the world felt a sense of loss when old faithful JA8957 retired in 2013, as it had become a beloved common sight at Tokyo’s Haneda airport, and it was really impossible not to notice it when it was parked on the aprons.