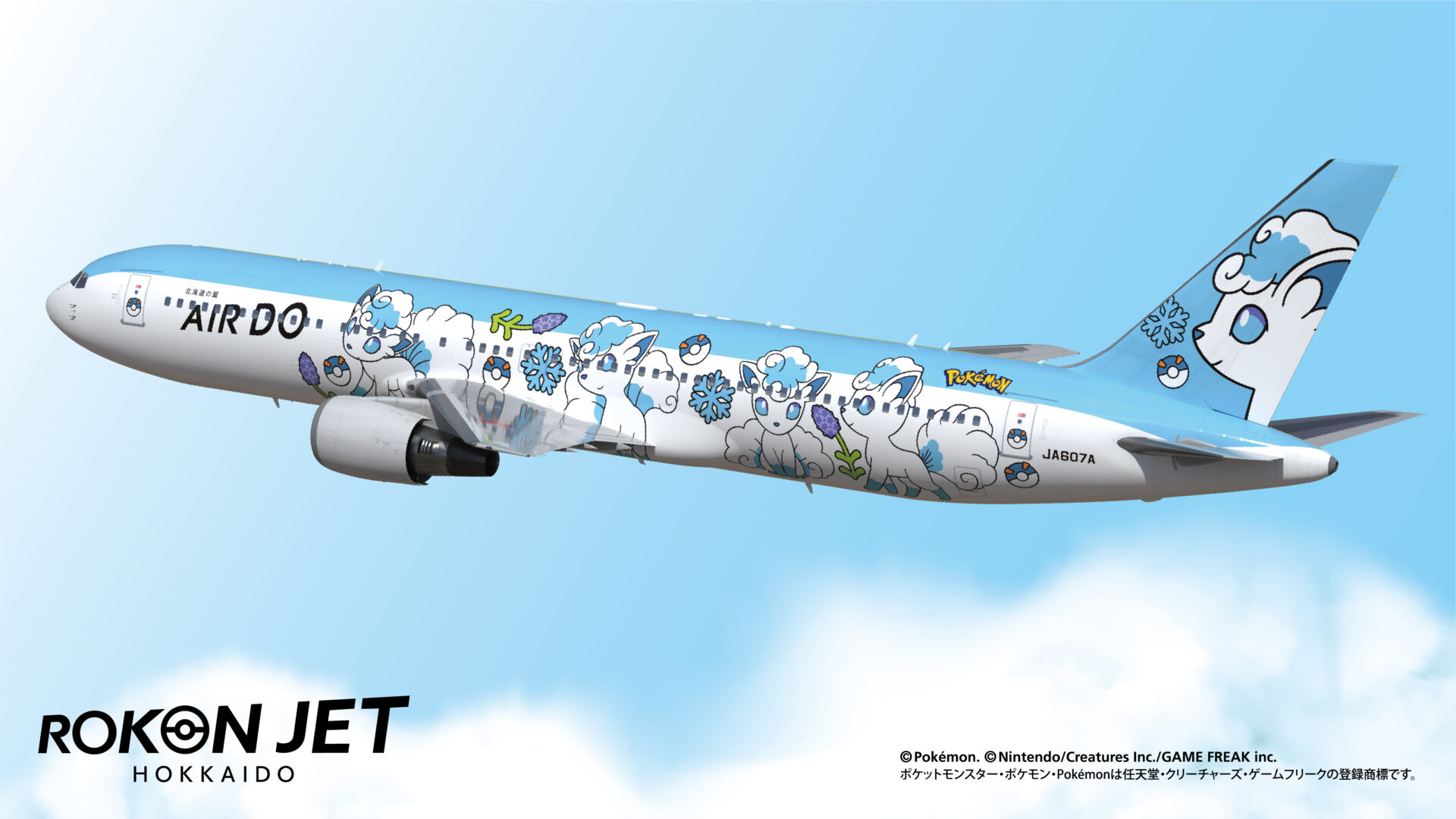 Japan has a long tradition of “Pokemon Jets,” beautiful airliners decorated by the cute critters from the ultra-popular gaming franchise, and a new one is coming.

The trend started all the way back in 1998 when ANA painted the first three Pokemon Jets, a Boeing 747 and two 767. More followed until perhaps the most famous 747 which was painted in Pikachu’s bright yellow in 2004.

Many around the world mourned when old faithful JA8957 retired in 2013, as it had become a beloved common sight at Tokyo’s Haneda airport, and it was really impossible not to notice it when it was parked on the aprons.

Recently, following a few years with no Pokemon Jets in the sky, things picked up again with the two airliners dedicated to Exeggutor and Pikachu launched by Solaseed Air and Starflyer over the past year.

Now it’s the turn of the Sapporo-based airline Air Do to get its own in order to promote tourism to the northern island of Hokkaido after the difficult years plagued by the Covid-19 pandemic.

The aircraft is a Boeing 767-300ER with registration JA607A, a 19-year-old airliner that has been in service with ANA until earlier this month. It’s now getting a brand new coat of paint and it’s all about Vulpix.

It’ll be named “Rockon Jet” (Rockon is the Japanese name of Vulpix) and it’ll enter service on December 1. The plan is for it to keep flying with this livery for five years. It’ll even have its own website showing which routes it’ll fly, so you can try to catch it if you’re in Japan.

The livery will feature both the normal Vulpix and its Alolan version, but that’s not the only peculiarity. It’ll actually be asymmetrical, with one side featuring each, alongside Air Do’s blue and yellow colors. Incidentally, Vulpix is the Pokemon associated with Hokkaido, where you can find many of the popular Poke-lids featuring the cute little fox-like creatures.

The headrest covers will also be decorated with sleeping Vulpix on the left and right seats of each row of three, while the middle seat will have two curious ones. The flight attendants will wear Vulpix aprons and will serve drinks in Vulpix paper cups. Postcards and stickers will also be available for those who want to bring a memento of their flight home.

Below you can check out a special video and plenty of images showcasing the decorations described above.