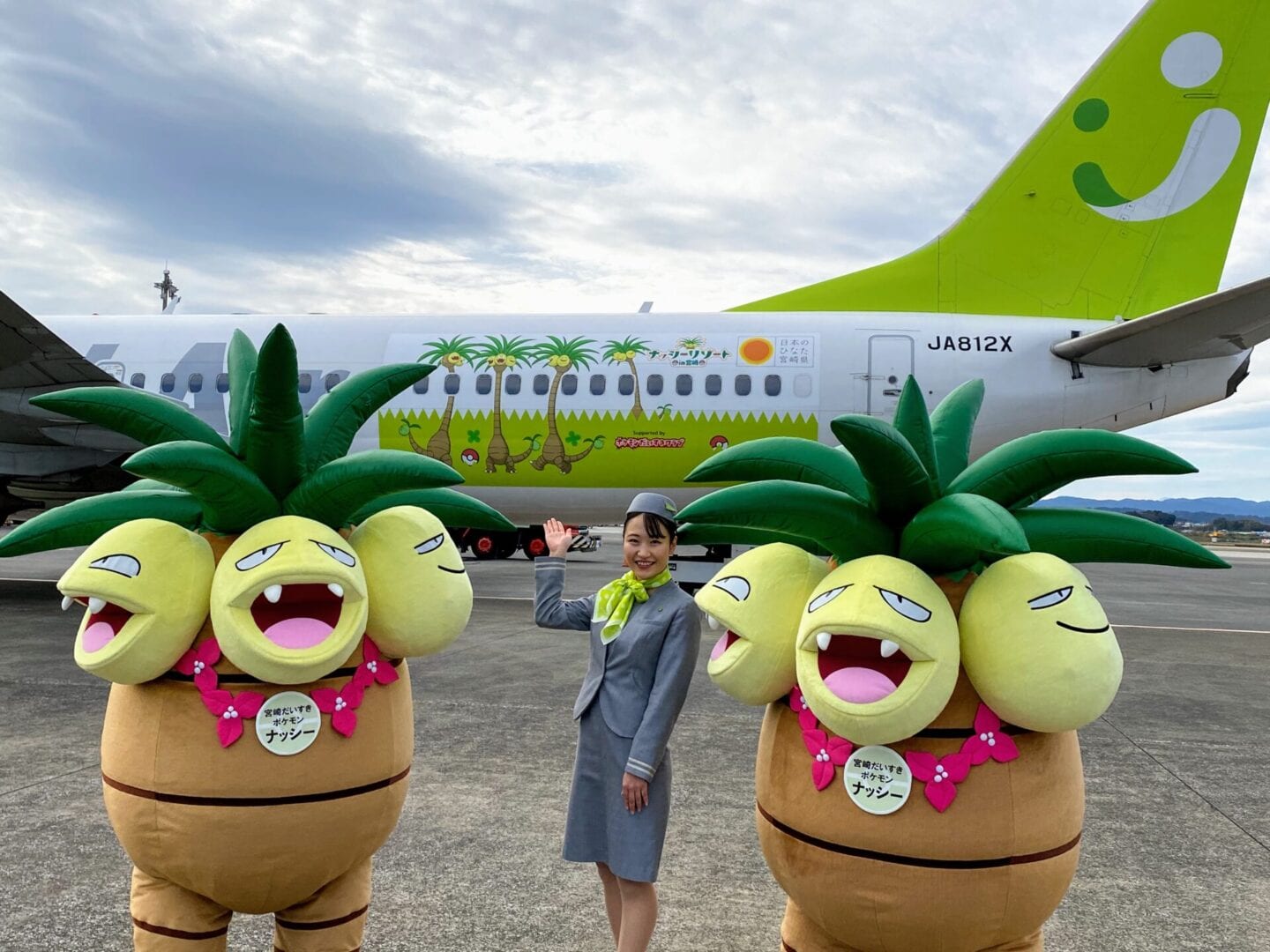 Pokemon have been painted on airliners’ liveries for a long time, including ANA’s iconic and long-gone Pokemon Jets.

Lately, they’ve been more common on manhole lids, but a new Pokemon airliner has just been launched.

Miyazaki-based regional airline Solaseed Air just painted one of its fourteen 737 aircraft (specifically the Boeing 737-86N with registration JA812X for the planespotters out there) as “Nassy Resort in Miyazaki” portraying Exeggutor and its Alolan version. “Nassy” is Exeggutor’s Japanese name.

The choice of pokemon isn’t random, as Exeggutor is associated with the city of Miyazaki, which also has the famous Poke Lids portraying the cute coconut critter.

The livery was inaugurated yesterday, December 19, at Miyazaki Airport with a dedicated ceremony, and it’ll remain in service for about a year and a half. It even comes with matching headrest covers inside.

Perhaps less glamorous but no less cute are the Exeggutor buses. Those visiting Miyazaki will be able to ride three “Nassy Resort Buses” operating in the city and in the nearby Nobeoka and Miyanokojo.

Below you can check out a few pictures of the vehicles and their inauguration ceremonies, which came with the press release.