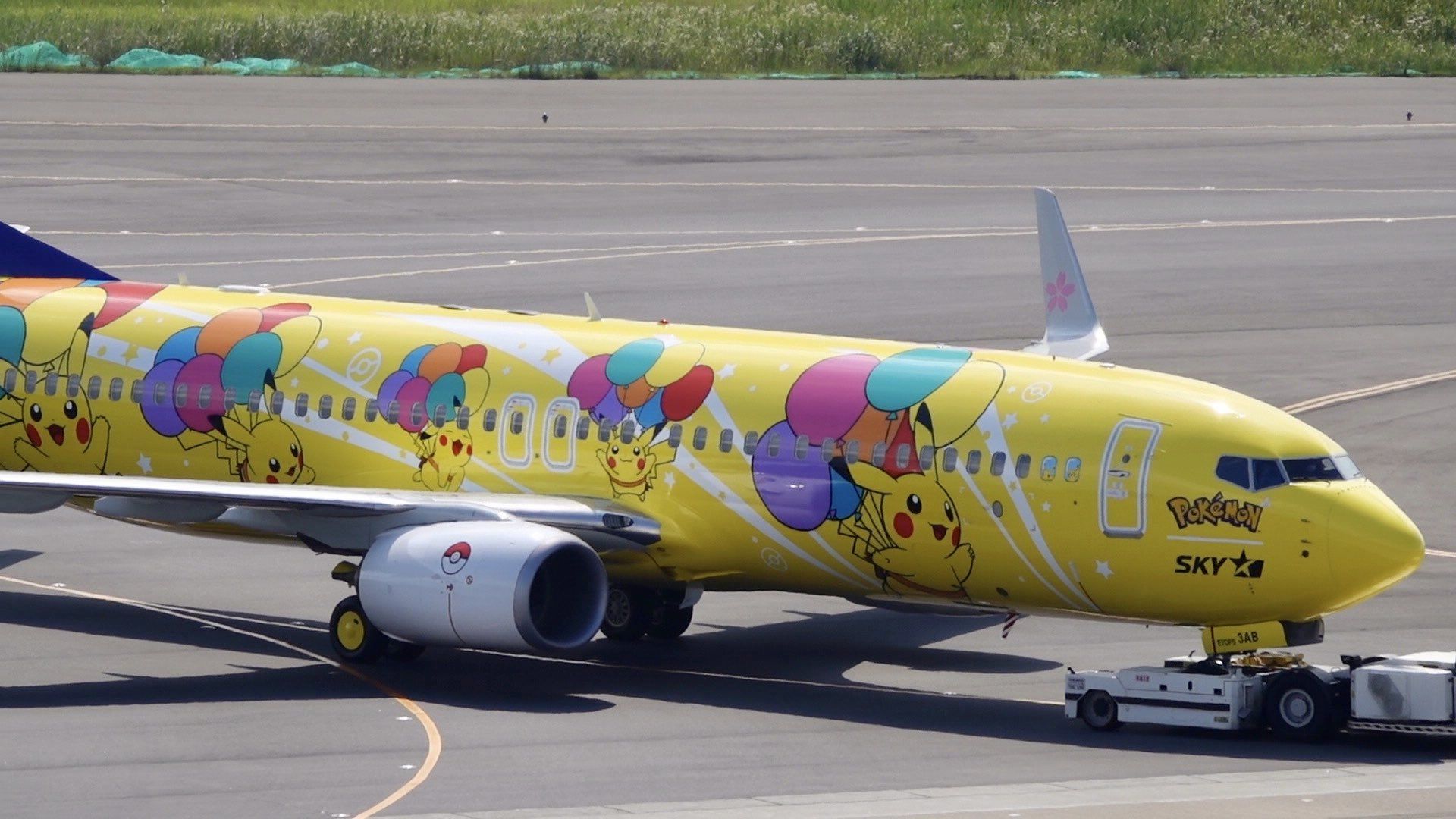 Pokemon is one of the most popular franchises in the world, so it’s not surprising that its famous characters appear on airliners from time to time.

Today Japanese low-cost airline Skymark launched a brand new one featuring Pikachu. The new livery painted on a Boeing 737-800 registered as JA73AB flew from Tokyo Haneda Airport to Naha Airport in Okinawa and back.

This is part of the “Soratobu Pikachu Project” (or “Pokemon Air Adventures” as it’s officially named in English) launched to promote tourism and flying in Japan.

And yes, there are dancing Pikachus.

The launch of the aircraft is accompanied by special Pikachu counters at Naha Airport and branded in-flight amenities, while the popular Pokemon will also appear on Kit Kat bars and coffee cups served on board, the flight attendants’ aprons, baggage tags, boarding passes, and more.

If you don’t live in Japan, another Pokemon livery is planned to appear soon on a 787 of the Singaporean carrier Scoot.

To celebrate the occasion, Pokemon GO will also launch a special Pikachu wearing an Okinawa kariyushi shirt with an and Shiny Corsola tomorrow, June 22.

Another Pokemon jet featuring Exeggutor was also launched a few months ago by another Japanese airline, Solaseed Air.

If you want to fly your own Pokemon Jet, PMDG will soon launch its 737 package in Microsoft Flight Simulator. Considering how creative the sim’s community is, you can definitely expect this livery to appear soon enough after the aircraft releases (and if no one makes it, I will).