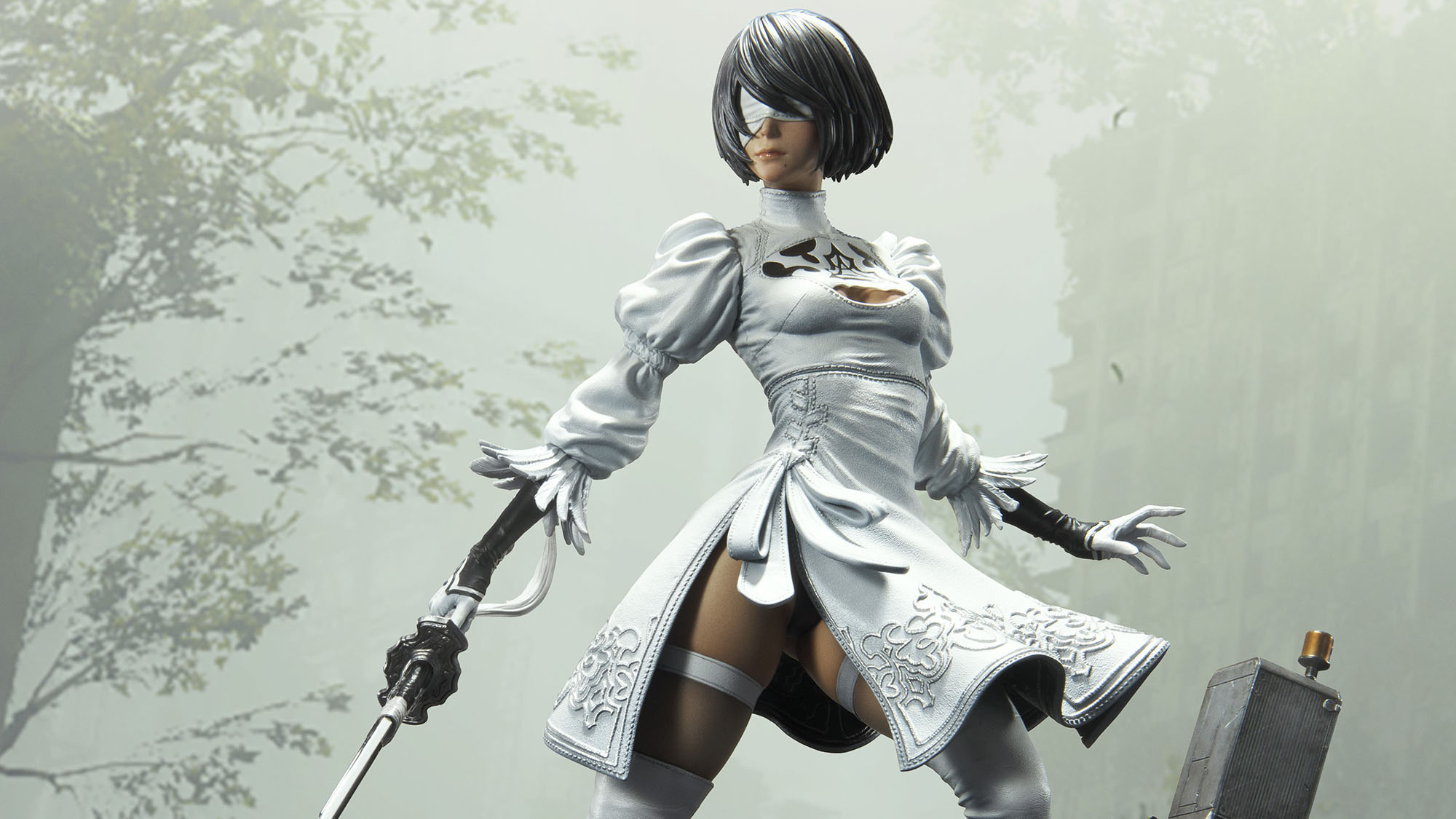 Today Square Enix revealed a new Masterline figure dedicated to NieR: Automata while another dedicated to Final Fantasy VI has been made available for pre-orders in North America.

Let’s start with the massive figure portraying Terra from Final Fantasy VI, which has become available for pre-order in North America for the stratospheric price of $13,800. Looks like the weak yen didn’t help here, considering that the Japanese pre-order price of 1,485,000 yen in April translated into $11,550 back then and $10,730 now. I guess if you’re able and willing to spend this kind of money for a figure, a $3,000 difference isn’t gonna hurt you… too much.

The figure is limited to 600 units globally, so we don’t know how long it’ll be available. Shipments will happen in November 2023.

This one isn’t priced as prohibitively (in a relative sense) as Terra, as you’ll “only” need to spend 121,000 yen tax included. That translates approximately into $875. At the moment, pre-orders are available only for Japan and the release date is December 31, 2022.

She’s sculpted in 1/4 scale, which means she’s rather big, measuring standing at approximately 52 cm tall. She even comes with an alternate head without her combat visor.

If you’re unfamiliar with YoRH 2P, she first appeared as an alternate color for 2B in SoulCalibur, and she was then consecrated to worldwide fame when she was featured in Final Fantasy XIV’s themed storyline YoRHa: Dark Apocalypse.

NieR: Automata, which has already shipped over 6 million units, is currently available for PS4, Xbox One, and PC. If you’d like to learn more, you can check out our review. The game is also coming to Nintendo Switch in October.