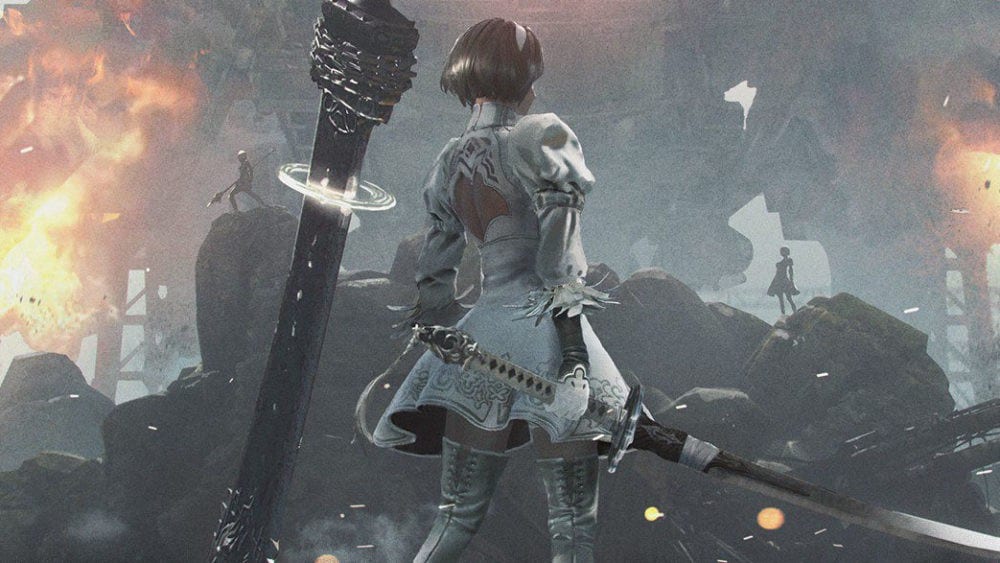 Final Fantasy XIV fans are eagerly waiting for the new YoRHa: Dark Apocalypse raid by NieR: Automata Director Yoko Taro and Producer Yosuke Saito, but not much is known about it.

Many have also been wondering what Yoko Taro’s role exactly is in the creation of the raid content, so Twinfinite asked Director and Producer Naoki Yoshida and Main Scenario Writer Banri Oda directly during an interview at Gamescom in Cologne, Germany.

Yoshida-san confirmed that Yoko Taro’s role is indeed a large one.

His role is related to the overall aspect of the creation, like the script an coming up with content ideas.”

“The same goes for selecting the kind of boss enemies that will appear in the raid and he is reviewing the soundtrack as well.”

Yoshida-san then had one final tease to share. He had his usual “you’re going to like this” expression that is really difficult to convey in written form, but if you’ve seen his Letter from the Producer Live stream you probably know what I’m talking about.

“He also selected what kind of characters he wants to bring from the NieR world to FFXIV, and that means that you can expect the appearance of NieR characters, so you can look forward to that.

Luckily, we don’t have to wait much longer before we learn more about YoRHa: Dark Apocalypse. A reveal is coming at Tokyo Game Show, where both Yoko Taro and Yosuke Saito will be in attendance.

If you’d like to learn more about Final Fantasy XIV (which has recently been updated to version 5.05), you can read our review of the latest expansion Final Fantasy XIV: Shadowbringers and our article explaining why it features the best story among all the tales told by the Final Fantasy series.