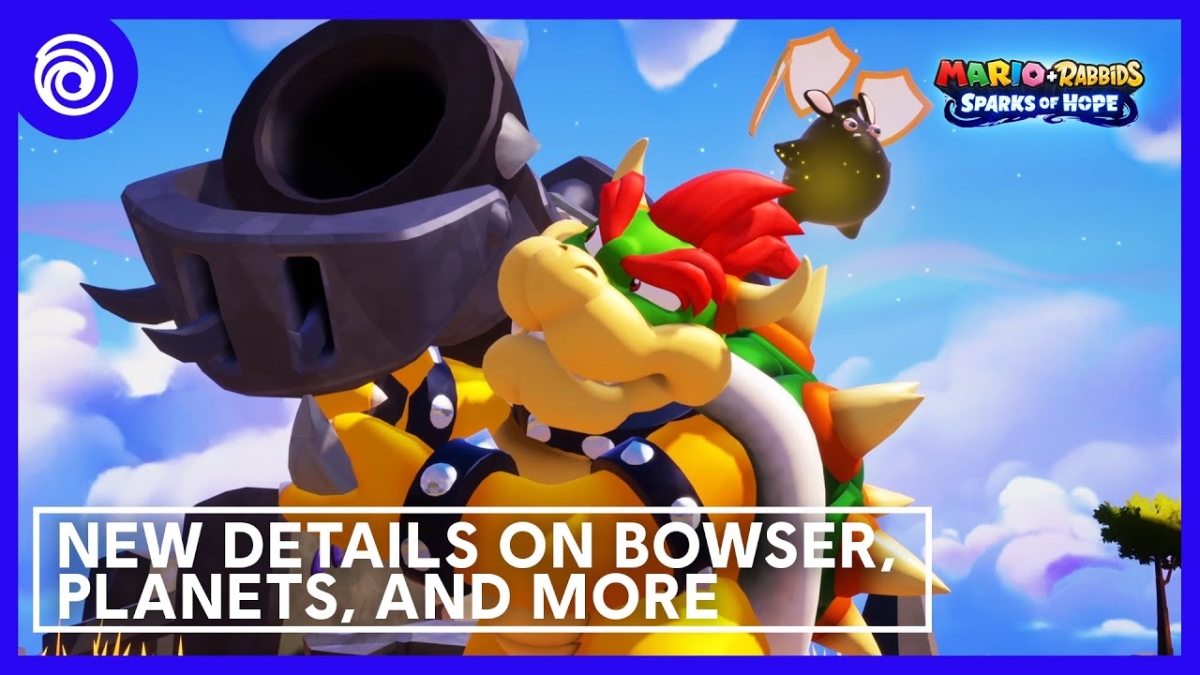 Ubisoft has released a six-minute video for the upcoming strategy game Mario + Rabbids Sparks of Hope that details some aspects of the adventure for the very first time. Specifically, it dives into details about Bowser, different planets in the game, as well as Spark Powers.

The video is in the format of interview with the game’s lead producer Xavier Manzanares. He shares details about each of these aspects and their roles in the game.

Manzanares begins by talking about new characters that are added to the game, such as Edge, one of the Rabbid heroes, and how each new character contributes uniquely to the gameplay. He also discusses Bowser as an ally in the game and how it is surprising for him to be on the same team as Mario.

Next, they examine some of the planets, such as Beacon Beach and how it is overcome with darkness when Mario and his friends arrive. We see some brief gameplay clips of other planets that you can expect to travel to in the game and how each one has multiple zones, focusing on discovery and exploration.

Each planet has wardens who are important allies that tell the heroes what is needed in order to restore peace. Manzanares touches on how they are full of personality.

Finally, the interview dives into Spark Powers and how two can be equip to each hero. They each come with active and passive bonuses that will help you gain the upper hand in battles. Any spark can be equip to any hero, allowing for plenty of different techniques to succeed.

There’s even more that Manzanares goes into in this interview, such as how the game differs from the first game, Mario + Rabbids Kingdom Battle.

Mario + Rabbids Sparks of Hope will release on the Nintendo Switch later this year on Oct. 20. You can watch the full six-minute video showcasing the new information below.