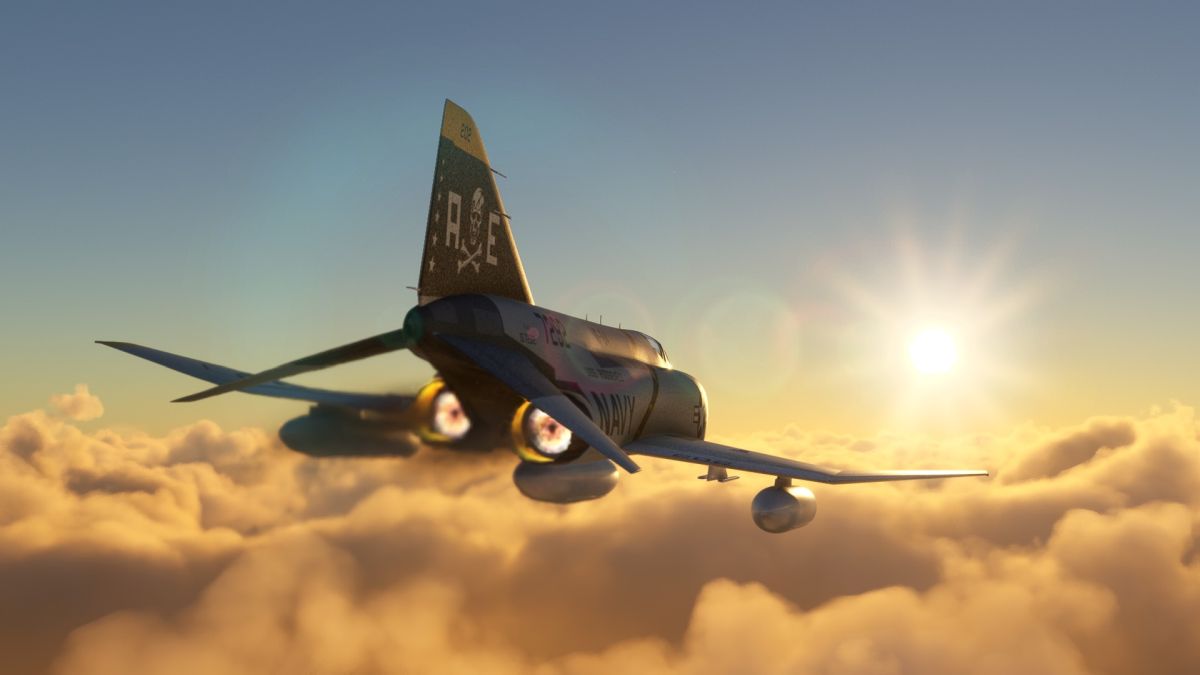 We start with a development update from DC Designs which provided a look at the AV-8B Harrier II and F-4J Phantom II.

With the huge F-15 update done, work now moves on to the new project: the AV-8B Harrier II. This will contain the AV-8B and GR5 Harriers, which will have identical cockpits with the exception of the differing ejection seats. I would have included the earlier GR3 and Sea Harrier variants but the differences between the types are just too great – they’d each require entirely different internal and external models which is too much to do in one project and keep the price sensible.

The main thing about the Harrier is how hard it was to fly in real life. Only the best pilots were / are streamed to Harriers, and many don’t make the grade and are “chopped” from the conversion units. There are other S/VTOL aircraft in MSFS, but they often make use of the sim’s “Slew” function to “hover”, which removes all aerodynamic and meteorological influences. Basically, you’re not flying when using that method. The DC Designs Harrier *is* flying when hovering in MSFS and therefore affected by the wind, weather and all aerodynamic factors, making it a much harder airplane to control, just like real life.

Unusually for me, I am working on the Harrier alongside another major project. The F4 Phantoms are also well underway and will be revealed in more detail in a few weeks’ time. For those of you wondering, the Phantoms will be a multi-variant package that will share the same cockpit. This is because extra variants are so much easier to add based on the F4-J. The confirmed variants I would like to include are the F-4J, F-4E, FGR2 and the F4-K ( Royal Navy ). Each will have external differences centred around the nose shape and tail fin, along with wider aft fuselage and different exhausts for the Rolls Royce Spey engines in the British FGR2 variant. This is essentially how things were done in real life.

It’s available on Aerosoft’s store for $21.95 including applicable VAT.

Next, Orbx released its Landmarks Melbourne City pack in Australia.