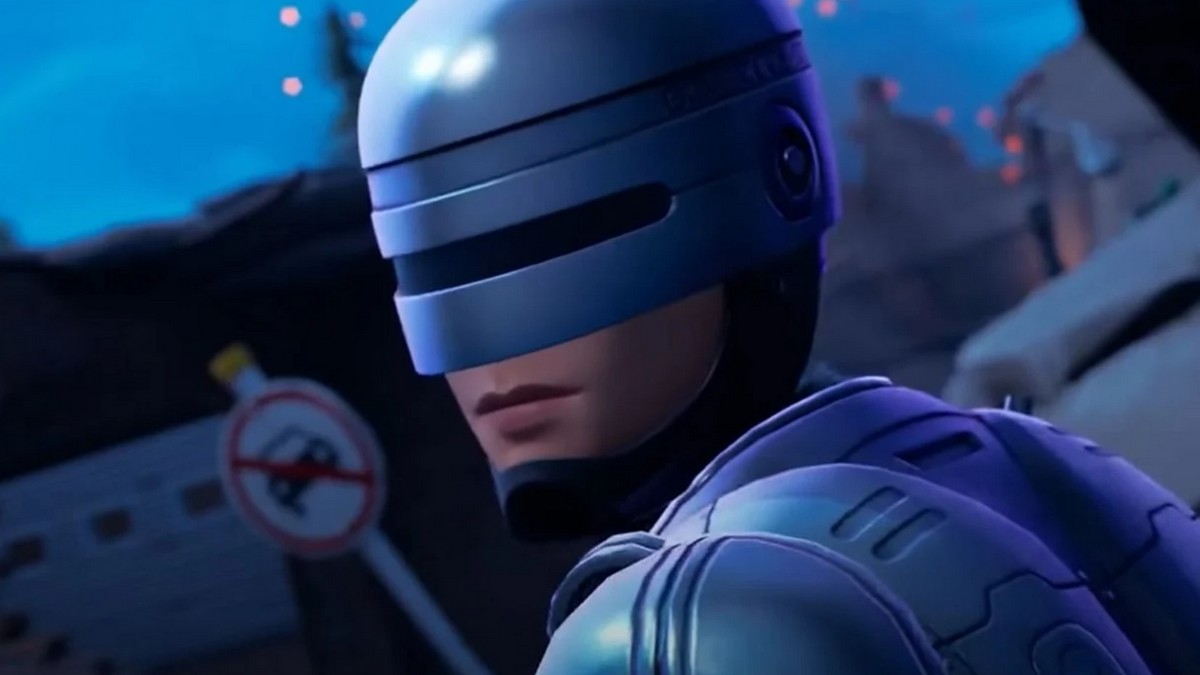 With Epic Games’ Fortnite continuing to steamroll ahead with even more content for players, it is no wonder that we are seeing more character crossovers by the day. As Chapter 3 Season 2 sees the Resistance bring the fight to the IO forces, a force of good is joining the battle. Epic has shared that RoboCop, the one-man army against criminals everywhere, is now available in the Fortnite Item Shop.

A bundle also includes the severed leg of the ED-209, a predecessor of RoboCop, which can be used as both Back Bling for the RoboCop skin as well as a pickaxe. To further compound the humiliation of this killing machine, you can even ride it using the Lil’ ED-209 emote.

Outside of Fortnite, RoboCop will be starring in his own video game in the near future, with RoboCop: Rogue City slated for a 2023 release. There will also be a new movie in the works by the original writers and creators Edward Neumeier and Michael Miner.

Epic Games hasn’t yet announced when RoboCop will leave the Item Shop, so we’d suggest buying it sooner rather than later if you do want to add it to your Locker to avoid the possibility of missing out.

If you are looking for more information regarding Fortnite, be sure to check out more helpful content like how to get the Shield Bubble or the best way to complete all the Omega Knight quests. The latest hotfix should also be of interest, with more weapons returning and additional funding stations being added.